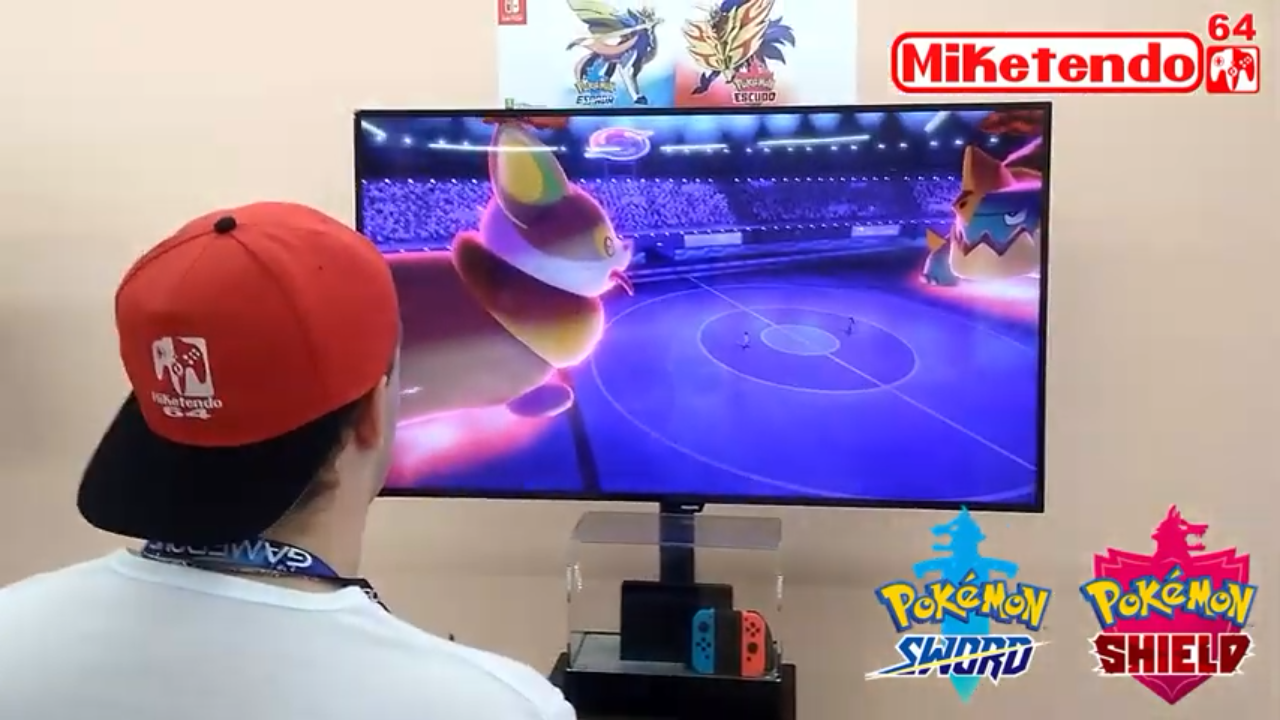 Hi everyone, Mike here. I was lucky enough to attend a Nintendo press event at Gamepolis in Malaga, Spain. I was allowed to play some of the games that were present at E3 this year and was allowed to record/capture gameplay footage including Pokémon Sword & Pokémon Shield.

The video below is around 14 minutes long as the maximum demo time was 15. It is off-screen footage of the game demo, hence why there is a lot of shaking about. The three poor attendees that were holding my camera at the time had dead arms by the time I finished playing.

The demo is of one of the Gyms you will come across in Pokémon Sword & Pokémon Shield. You come face to face with Gym Leader Nessa and can use Dynamax for some gigantic Pokémon action.