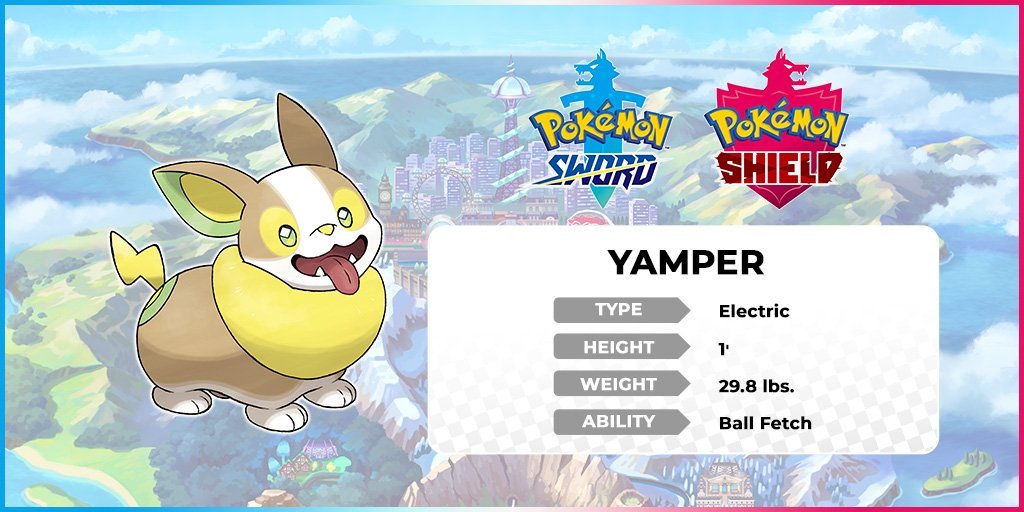 As the November 15, 2019  release date for Pokémon Sword and Pokémon Shield draws even closer, more details pertaining to the new Pokémon who call the Galar region home, are continuing to arrive, which means it’s time for some more “Who’s That Pokémon?” and in this instalment, we’re tackling the Puppy Pokémon Yamper!

Description: Yamper has a tendency to be drawn to things that are moving quickly. It can chase after people and Pokémon or even go charging at vehicles!

Yamper has an organ in its body that generates electricity, and this organ is activated when Yamper runs around. Yamper can’t store the electricity it generates, so it’s often seen running around with electric sparks crackling around it.

Yamper’s Ability, Ball Fetch, is a new Ability introduced in these titles, and it will come into play when you throw a Poké Ball at a wild Pokémon but fail to catch it. As long as Yamper isn’t holding an item, it will go fetch the first Poké Ball that failed to catch a Pokémon, regardless of what type of Poké Ball it is!