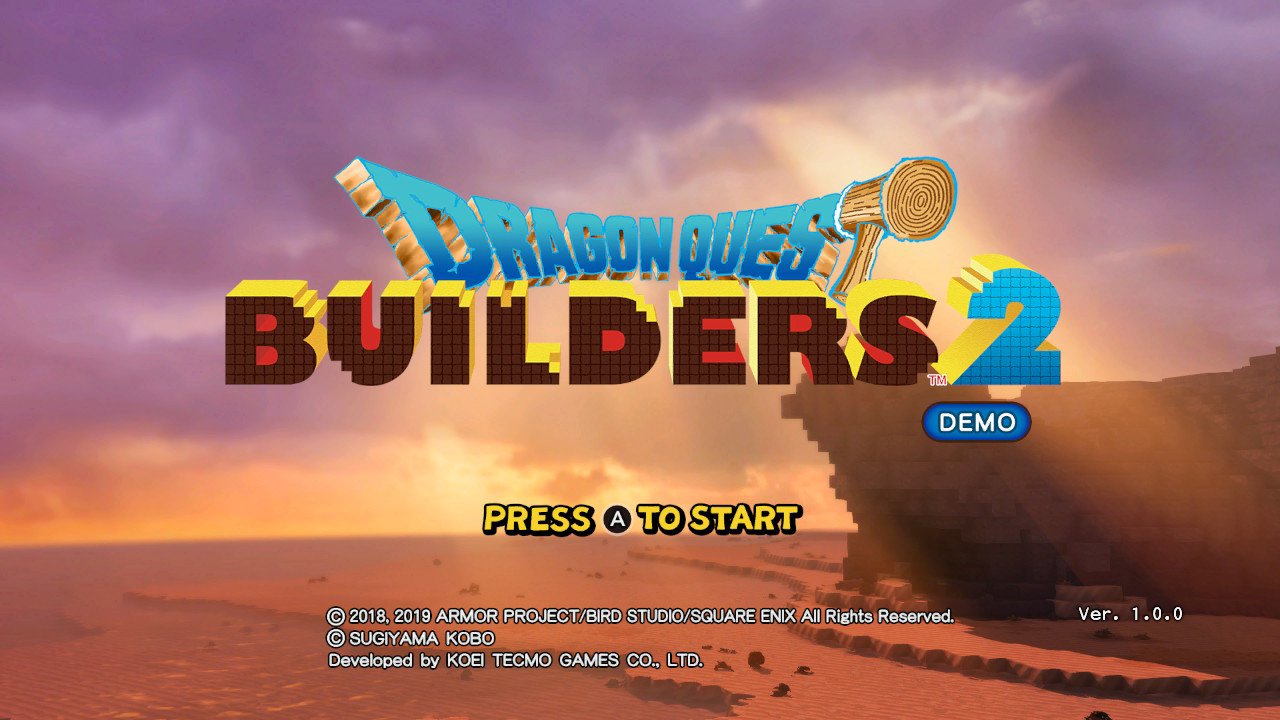 Square Enix and Nintendo have announced that a Dragon Quest Builders 2 Demo is now available on Nintendo Switch in Europe. To get people raring to go when the full game launches July 12th, the demo includes the Tutorial and Isle of Awakening areas. The official announcement was for the PlayStation 4 demo but Nintendo also followed up with an announcement on the Nintendo Switch News Channel. There has been no mention as to when the demo will be live in the US.

We have the official announcement by Square Enix below.

The demo allows players to choose a boy or girl builder and includes two parts from the game including the Tutorial and Isle of Awakening areas. Additionally, the demo will give builders a taste of the gameplay while introducing the brand new story and characters, as they prepare in their battle against the Children of Hargon to bring the power of creation back to the land. DRAGON QUEST BUILDERS 2 launches on July 12, 2019.

DRAGON QUEST BUILDERS 2 is a charming block-building role-playing game and completely standalone experience featuring new characters, an expansive world, unlimited building combinations, and a storyline that’s sure to satisfy long-time fans and newcomers alike! For those new to the game, the recently released “World of DRAGON QUEST BUILDERS 2” showcases the new building mechanics and tools for players to build and harvest, a variety of locations to explore underwater and above ground, and powerful attacks builders can use on the battlefield to defeat monstrous beasts.