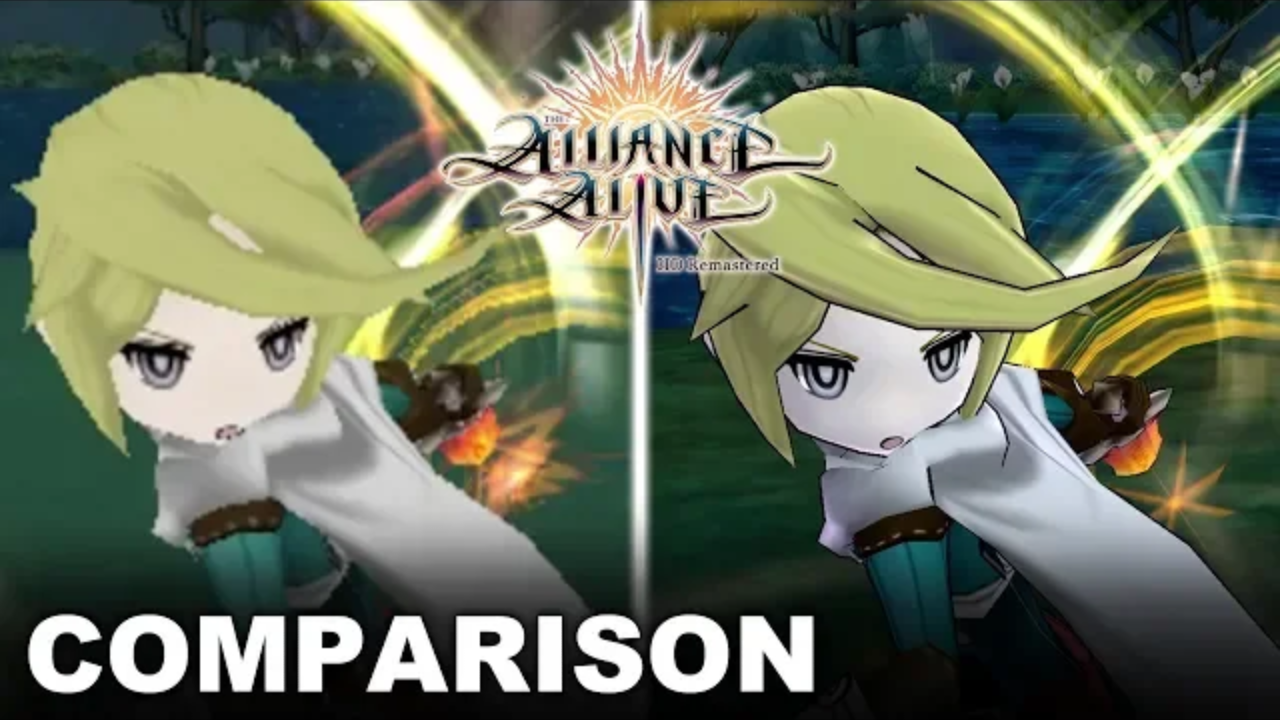 NIS America have announced the release date for The Alliance Alive HD in the west. The game will release on Nintendo Switch and PS4 in North America on October 8th. Europe’s release date has been set for October 11th. Those in Oceania will have to wait until October 18th.

Pre-orders for the game are now open on the NIS America website. A new comparison trailer for The Alliance Alive HD has also been uploaded to the NIS America YouTube channel.

You can find out more in the press release below as well a the comparison trailer between the original and the HD version.

Unite the realms and return the sky in The Alliance Alive HD Remastered, now coming to Nintendo Switch™ and PlayStation®4 on October 8 in North America, October 11 in Europe, and October 18 in Oceania!
Embark on an extraordinary journey to reclaim your world from Daemons! With an enhanced UI and beautifully rendered visuals, we highlight the grand leap from the 3DS version to the Switch in our comparison trailer!

Equip your characters and organize forces with a brand new interface! To check out more differences between platforms, visit the official website.
Preorder the Limited Edition at the NISA Online Store!
(Also available for PlayStation®4.)