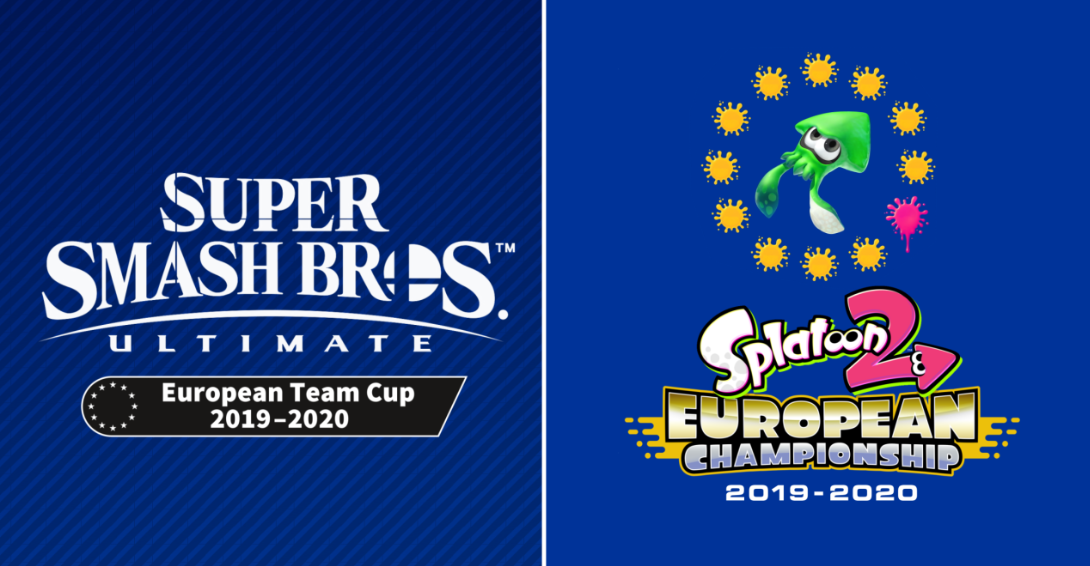 The Super Smash Bros Ultimate and Splatoon 2 World Championships may be over but the European Championships are about to begin! Nintendo Europe have announced that the inaugural tournaments will begin at Gamescom this August in Cologne, Germany. They will continue into 2020 where the winners will participate in the World Championships for each game at E3 next year.

A NEW SEASON OF THE SUPER SMASH BROS. ULTIMATE AND SPLATOON 2 EUROPEAN CHAMPIONSHIPS BEGINS THIS SUMMER

The inaugural tournaments will take place at gamescom this August, with the European Championships confirmed to continue into 2020

26th June, 2019 – Hot on the heels of the exciting world finals which took place in Los Angeles in June, the next round of Super Smash Bros. Ultimateand Splatoon 2 European tournaments are incoming. The first regional qualifying rounds of theSuper Smash Bros. Ultimate European Team Cup 2019-2020 and Splatoon 2 European Championship 2019-2020 will take place at gamescom in Cologne, Germany this August, while other European tournament qualifiers will be announced at a later date.
Last season saw the rise of two new deserving European champions, as Team Ehre from Germany and Alliance Rogue from France swept the competition aside in their respective Super Smash Bros. Ultimate and Splatoon 2 European championships. Both teams earned their spot at the World Championships held just before the E3 trade show in Los Angeles, though sadly both teams missed out on returning home with the silverware.

A new season of Super #SmashBrosUltimate and #Splatoon2 European Championships begins this summer, with the first local qualifying round taking place at gamescom in Cologne, Germany in August! Look out for more details soon. #SplatoonEC #SmashBrosEC #NintendoGC pic.twitter.com/tkVroR4y45

Team Ehre, who were seen as underdogs prior to the European Smash Ball Team Cup 2019, proved anything is possible by defeating that tournament’s favourites, French side Team Guezmer, in the final in Amsterdam. Meanwhile, Alliance Rogue had to dig deep and block out history as they finally took revenge against BackSquids – 2018’s Splatoon 2European Championship winners and world runners-up – with a clinical 4-1 victory in the final. Will Team Ehre and Alliance Rogue return for another moment in the spotlight, or will one of their defeated rivals from last season exact revenge? Maybe a new breed of challengers will emerge for a moment of glory.

Players looking to join in the fun can do so by participating in their local tournaments and should stay tuned to @NintendoUKVS for more information. More information on the European Championships 2019-2020 will be announced at a later date.

A new season of Super Smash Bros. Ultimate and Splatoon 2 European Championships begins this summer with the first tournament round taking place at gamescom in Cologne, Germany this August.