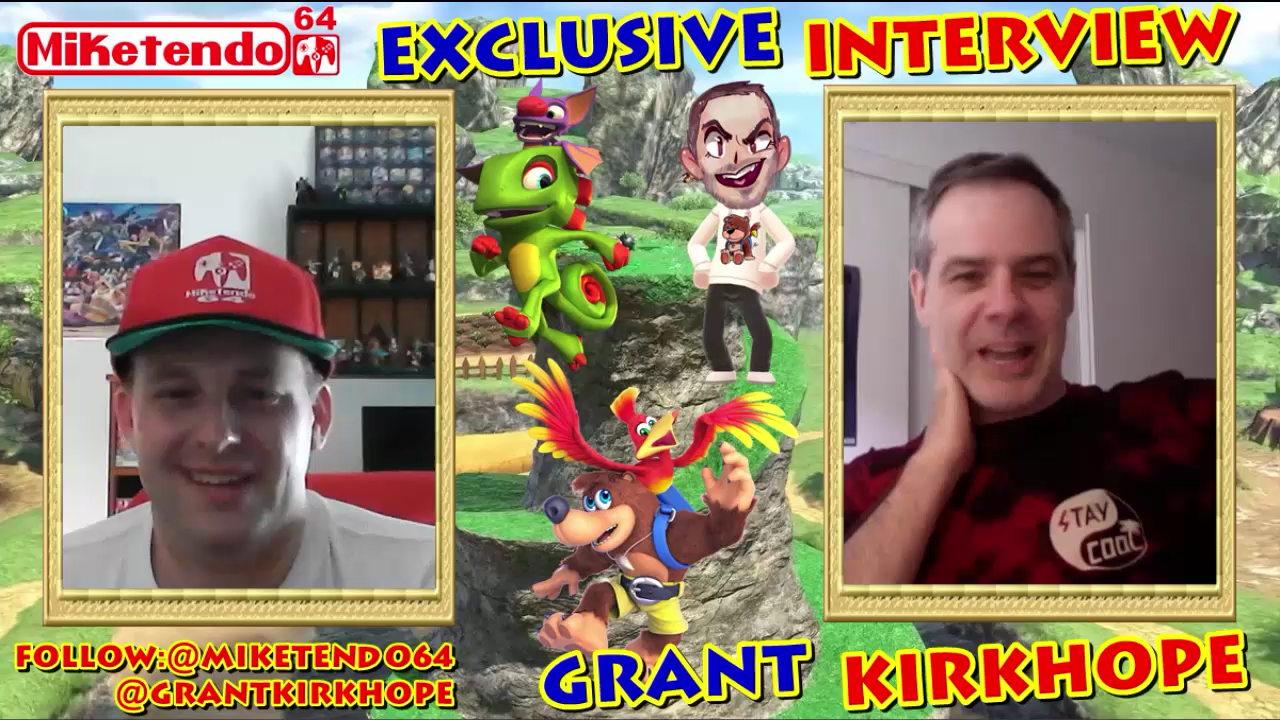 Stepping out of our comfort zone, we did a video interview with Grant Kirkhope, the legendary video game composer. Known for his music compositions on Banjo-Kazooie, GoldenEye, Perfect Dark, Yooka-Laylee, Mario+Rabbids and many other games.

We had the privilege to talk with Grant about the huge reveal of Banjo in Super Smash Bros. Ultimate. We also spoke about Yooka-Laylee and the impossible lair, his thoughts on Cadence Of Hyrule: Crypt of the NecroDancer feat. The Legend Of Zelda, his favourite Yorkshire tea, Super Mario Maker 2 and so much more.

You can check out our interview below.