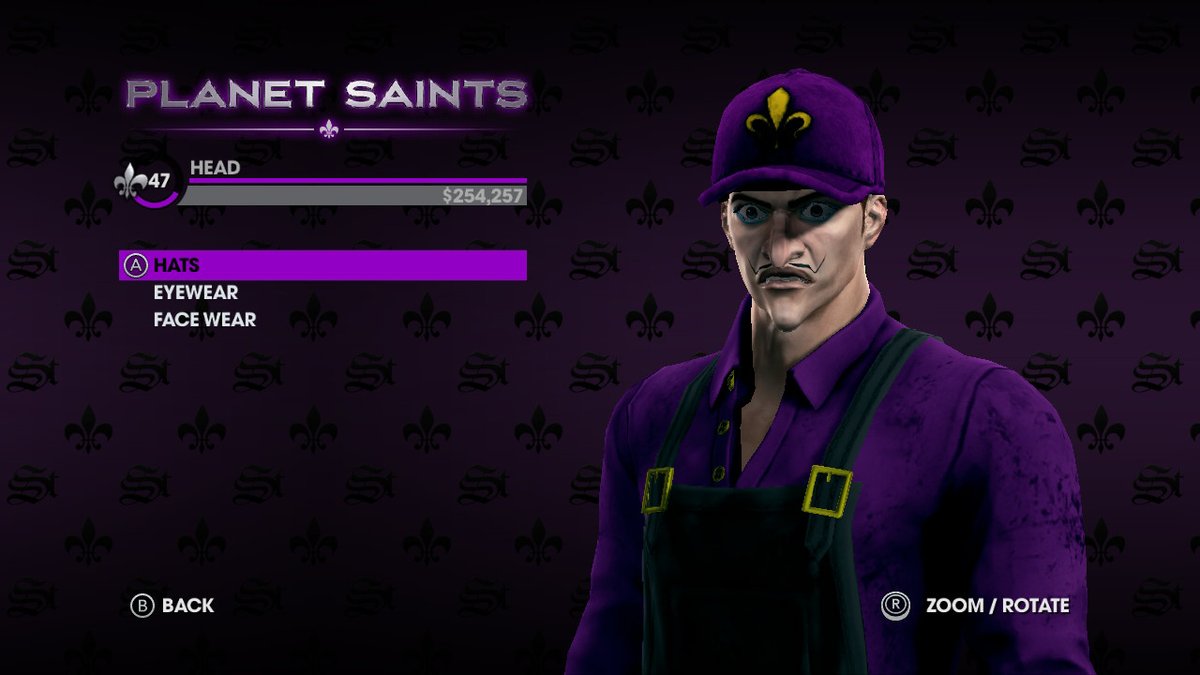 This is a beautiful thing to behold! #SaintsRow #Waluigi #Switch

The result is impressive but their Waluigi is missing his signature overalls. Not to worry though as we decided to create our own with overalls and all.

@SaintsRow We Go One Better. Full Overalls! Can We Get A Wah Over Here?! #NintendoSwitch pic.twitter.com/ozliYIAUT7

Please forgive the choppiness of the video. The video was recorded using the Switch’s Video Capture feature which doesn’t seem to play well with Saint’s Row: The Third – The Full Package.

So what do you think? Will you be rampaging through the streets of Steelport as Nintendo’s Purlple Meanie? Let us know in the comments!