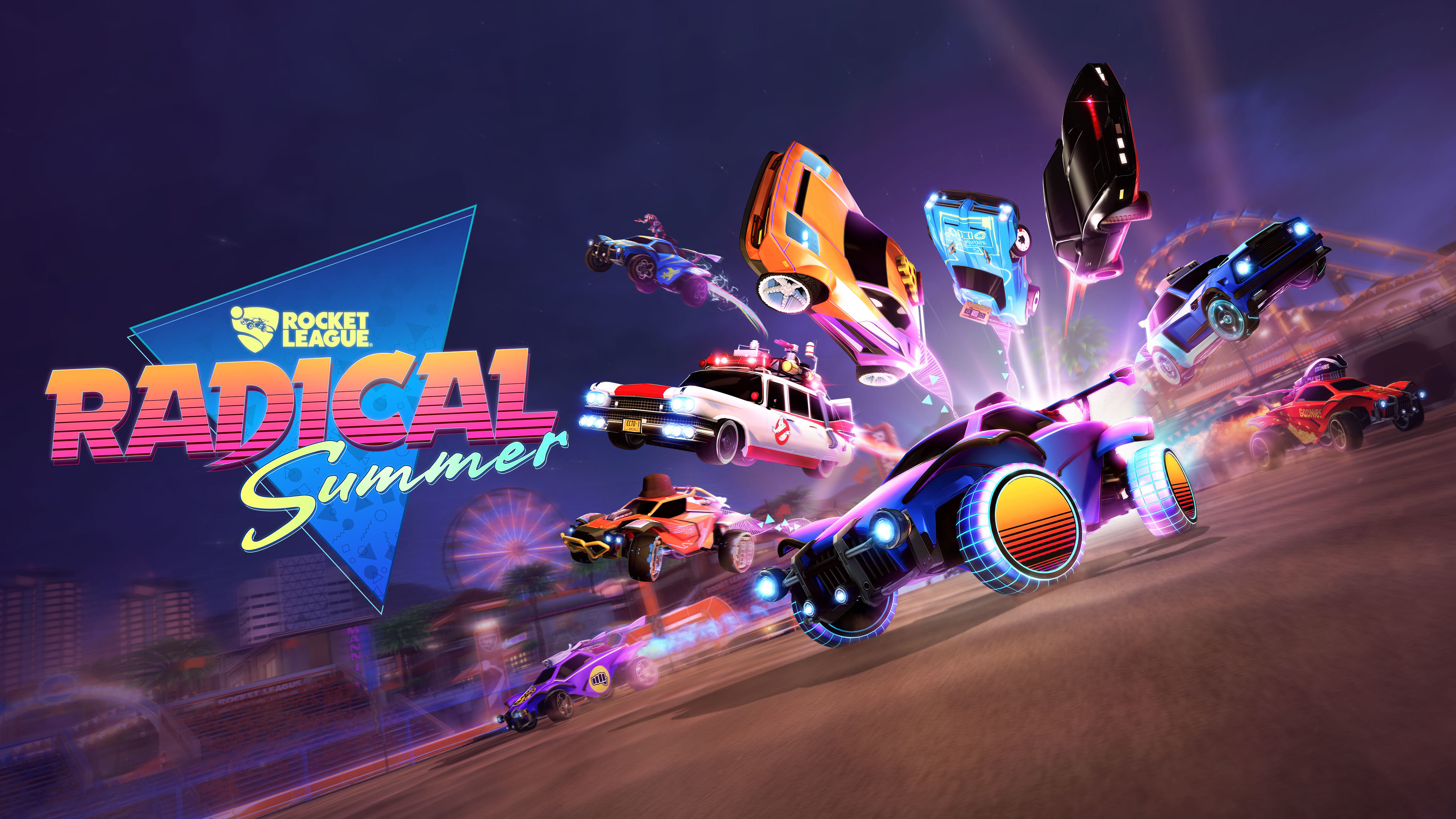 Psyonix have announced that they will be hosting a nine week long event starting on June 10th. In the all new Rocket League Radical Summer Event, there will be all new Battle Car DLC packs to purchase. These include the likes of the 80’s Ghostbusters Ecto-1 Battle Car Pack, 80’s Knight Rider K.I.T.T Battle Car Pack and more.

You can find out more information in the official announcemnt below about New Battle cars, Toppers, Goal explosions and more.

The event will roll out in three different celebrations, with new content available during each phase. Like past in-game events, players can earn ‘Cassettes’ by playing Online Matches that can be redeemed for various items from beloved ‘80s franchises.

The three celebrations and overall content of Radical Summer are: