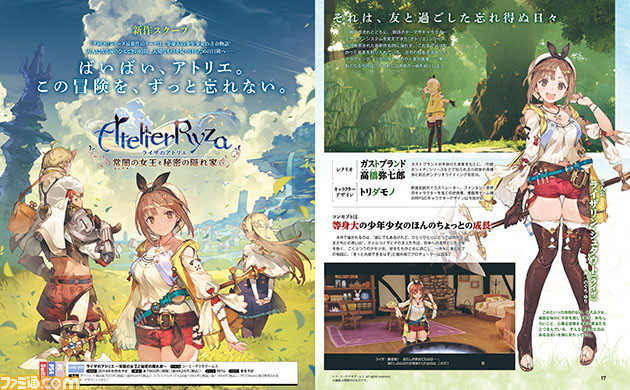 Atelier Ryza: Queen of the Everlasting Darkness and the Secret Hideout Announced For Nintendo Switch

According to a Famitsu report, Atelier Ryza is making its way to the Nintendo Switch sometime in Fall 2019. It was announced over he weekend that the game was coming to PS4 and now it is coming to Switch as well.

The actual Japanese name for the game is “Ryza no Atelier ～Tokoyami no Joou to Himitsu no Kakurega～.” The English translation was made by

BlackKite as “Atelier Ryza: Queen of the Everlasting Darkness and the Secret Hideout”.

It has been revealed that the Gust New Project that was teased last week is in fact Atelier Ryza.

We have a scan below and the teaser video below, courtesy of Japanese Nintendo.