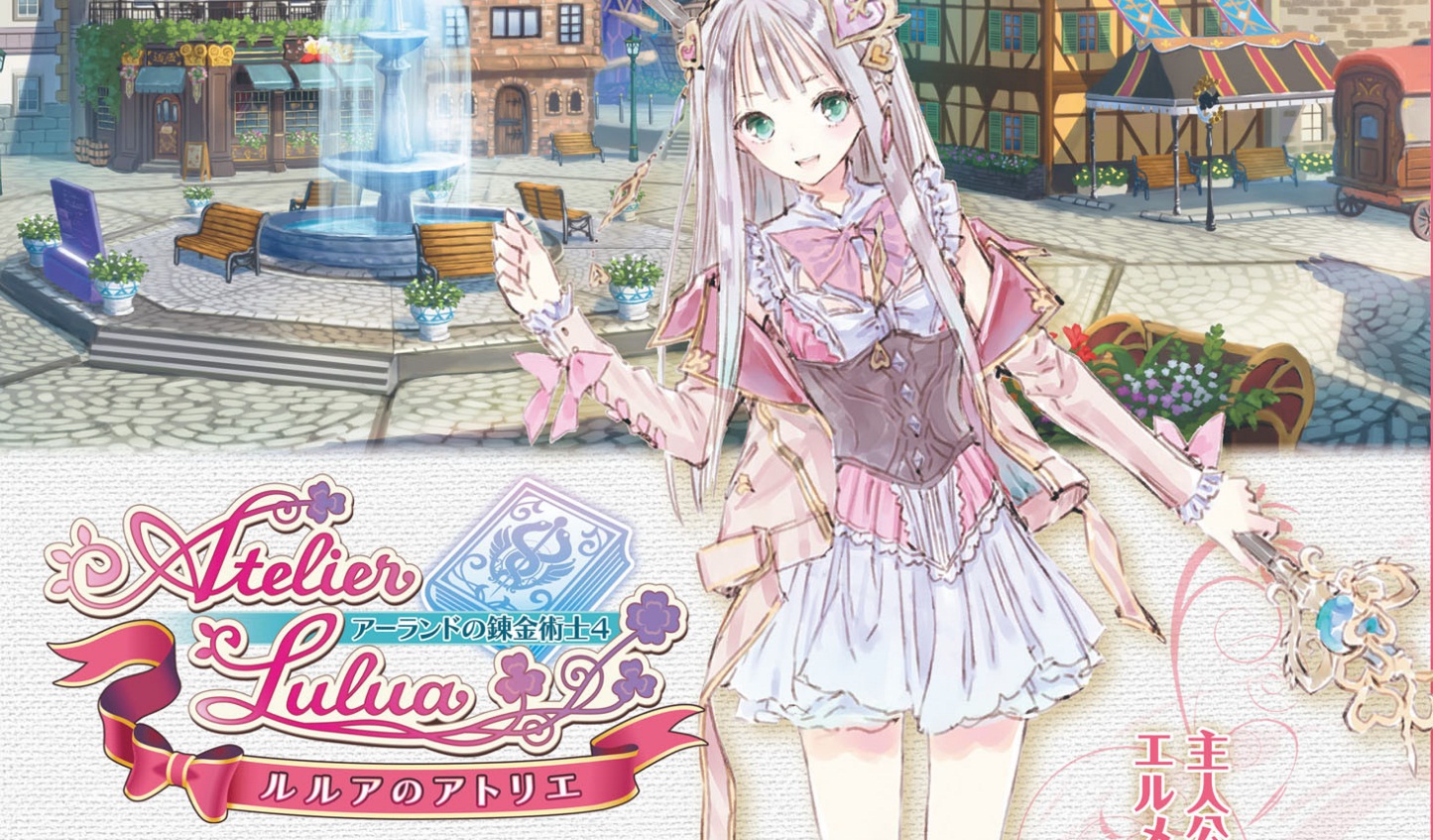 It seems every year, a new Atelier game or two sees a release. It is a rather niche JRPG series that has its dedicated fans, though hasn’t really managed to hit the mainstream as hard as the big hitters. It’s a shame too, as the games tend to be a more relaxed experience, allowing you to take it easy and just enjoy the ride.

This latest game in the series returns to Arland, a setting that has been home to three of the most popular games the franchise has seen. The Arland trilogy of games got the remaster treatment on Switch last year, which I was lucky enough to review.

It is also the second Atelier game to release this year, with the side game Nelke and the Legendary Alchemists coming not too long ago. With such a rapid release schedule, how can the games keep up their level of quality? Let’s find out!

We begin in the town of Arklys, where we find a young budding alchemist by the name of Elmerulia Frixell, though everyone just calls her Lulua. For Atelier veterans, the last name Frixell may sound familiar.

One day, a book appears out of nowhere, bonking Lulua on the head. How this book came about is a mystery, made even more mysterious by the pages that seem to fill out whenever Lulua needs a hand with her alchemy. Stranger still is the fact that the pages appear blank to everyone else who tries to read the book.

When a letter comes informing her that her mother’s alchemy license is about to expire, a seemingly small adventure starts a chain of events that changes Lulua’s alchemic career forever.

The story overall is simple, but it doesn’t need to be overly complex to be enjoyable. What drives the story forward though are the amazing cast of characters. Each one is interesting, especially the new characters. As this is set in Arland, there will be many familiar faces along the way, but the game doesn’t rely on them to carry things through.

If you have ever played an Atelier game, you pretty much know what you are in for with Atelier Lulua. It is a traditional JRPG, with a turn-based battle system, where combat nets you experience, which levels up your characters.

Digging in deeper on the battles, they play out very simply. You have a turn order, which allows you to see who will attack when for both your party and your enemies. This allows you to strategize your moves, working on taking out enemies before they get a chance to attack. You can also flee from battles if you so choose.

Your choices of attacking break down into three categories. There is a basic attack, which has your character use their physical weapon to bludgeon their foes. You can use special attacks that consume mana, which are more powerful attacks that can also leave status effects on the enemy. Finally, alchemists can use items, such as bombs for massive damage, or healing items to stave off death.

Death isn’t game over though. Your party passes out and loses time, which can affect the flow of the story, which is something you will want to avoid.

The other main aspect of the game revolves around alchemy. You will find yourself exploring the world for materials, as well as buying things you need to craft new goods. To do so, you access your cauldron, choose what you want to craft, insert the ingredients you want, and try to synthesise the item. Sometimes you will need to craft items to be able to create new items.

Synthesising items is a joy, and one of the strongest elements of the game. Fulfilling the townspeople’s requests is satisfying, and eventually, you will want to craft new items just for the fun of it. There is also a separate levelling system tied to alchemy, so the more items you create, the better Lulua will get, allowing her to craft better items of higher quality.

The main focus of Atelier Lulua is the story being told. This is a story driven JRPG after all, so the game is rather light on game modes and the like. The amount of content in the single player story though is rather meaty, and can easily net you over 20 hours.

All of the voice acting is in Japanese, which is done brilliantly. Musically, the game is one of the strongest in the series, with a soundtrack that can be calm and relaxed, but also rock when it needs to. The general sound effects are of great quality too, from weapon hits and monster roars, to synthesising new items, everything sounds like it belongs.

The visual design of the Atelier series has always been on of bright colours and anime style characters, and that tradition is carried out here as well. Each characters design is beautiful, the world looks stunning, and everything is oozing with an inescapable charm.

Performance is top notch. During my time with the game, I never encountered any issues. The frame rate was stable, and nothing got in the way of my enjoyment.

There is a lot of fun to be had with Atelier Lulua. Having the game set in Arland, you would imagine that it would be easy to rehash the old characters, resting on the games laurels if you will. The fact that the old characters don’t surface for many hours turns that thought on its head, and the game is much better for it. It allows the new characters themselves to really shine, building up a relationship with the player, helping to make this title another classic.

As great as the game looks, there are some odd movements with the characters. Some of the animations make the characters look like mannequins, which is quite awkward. Besides that minor gripe, there are no other issues that I found in my time playing.

Atelier Lulua is the Atelier series at its best. From its simple battle and crafting systems, to its outstanding characters and story, it is a great game for Atelier veterans and new players alike.