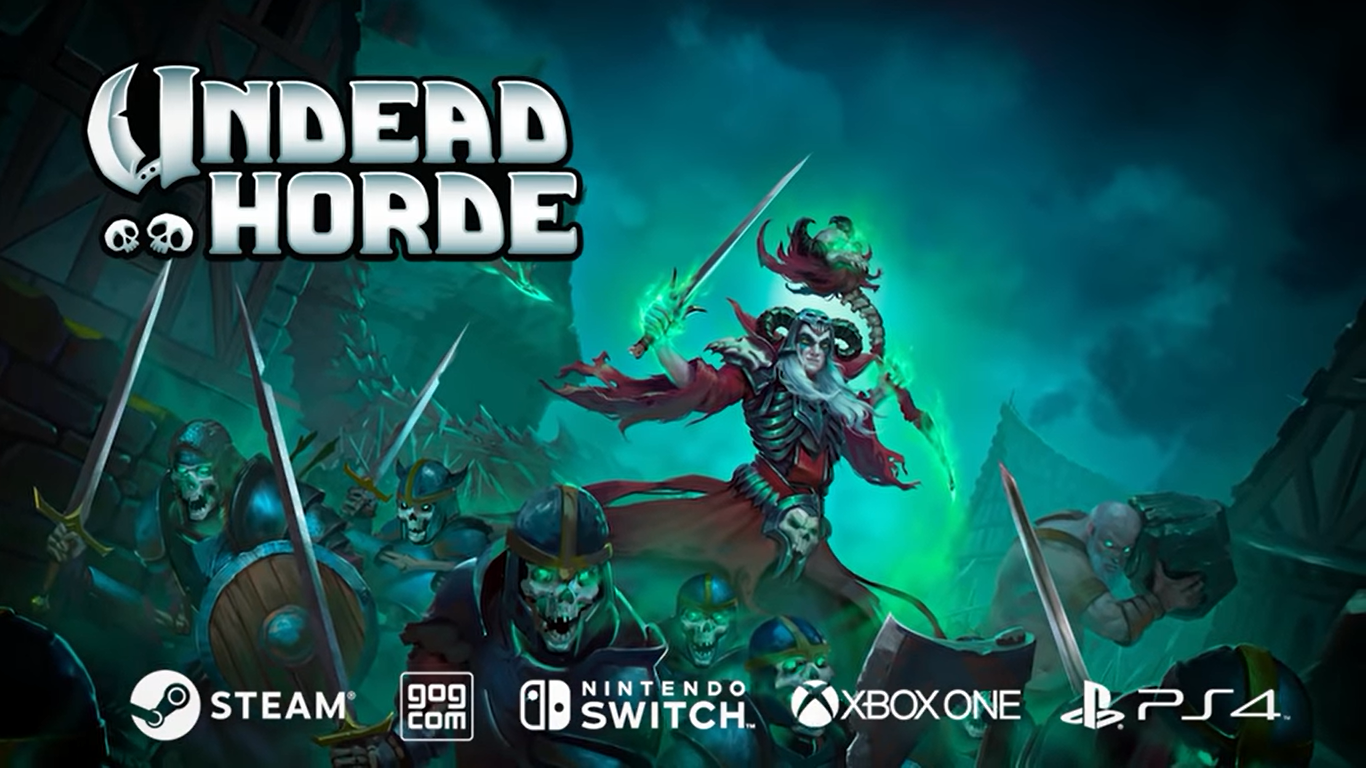 Get ready to put your necromancy skills to work as Undead Horde is out now on Nintendo Switch, PS4, Xbox One and PC. After escaping from a magical urn, raise the deceased and build your army of up to 100 undead. Wreak havok upon the living and exact revenge against the Paladins for trapping you inside the urn in the first place.

We have more information about the game below, courtesy of 10Tons.

Become a necromancer and raise the dead – Undead Horde is a necromantic action game with elements from RPG, strategy and hack’n’slash. You’ll battle against the living who’ve driven the necromancers and their undead minions into exile. You’ll re-animate all kinds of creatures and build an army of up to 100 undead. Your army follows you or attacks by itself depending on your commands.

Undead Horde is set in a fantasy world where the living have driven the undead into exile and the main protagonist Orcen the Necromancer was imprisoned in a magical urn by the paladins. The story starts as a cavalier chicken accidentally breaks the urn and releases the prisoner. Once free, Orcen needs to raise the dead to form his army and take back the world from the paladins and the living.

The main hook of Undead Horde is that the Necromancer can re-animate almost any dead creature he encounters. His army comes from multiple sources including the corpses in the battlefield, graves, and ultimately summoning statues. Statues must be unlocked before they can be used. The only limiting factor is the command capacity of the Necromancer. The command capacity can be increased in various ways.

In addition to necromancy, the Necromancer can use various weapons and items. The items provide numerous options for boosting the minions and the necromancer. Items are procedurally generated and an endless amount of interesting items and combos can be discovered.