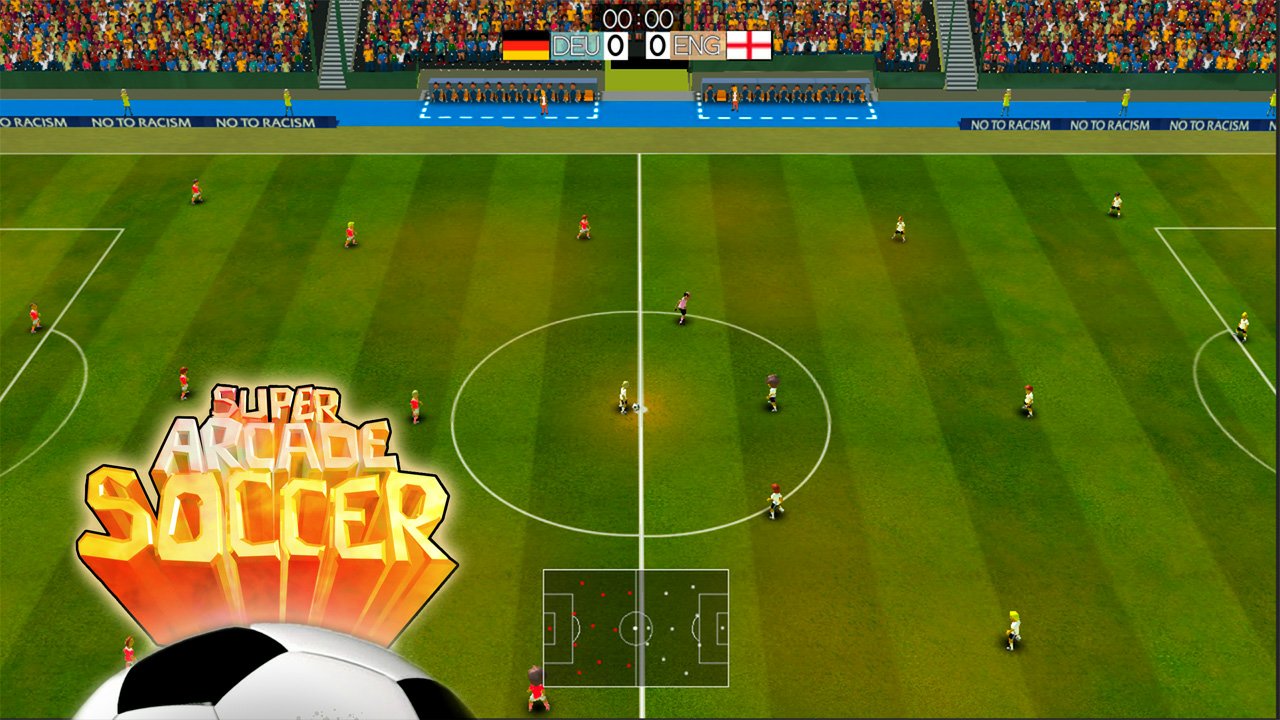 EnjoyUp Games have announced that their latest game Super Arcade Soccer will be releasing on the Nintendo Switch eShop on Friday 31st of May. The launch price for Super Arcade Soccer is $6.99 / €6.99 but it can now be pre-purchased as of now for $4.89 in North America and €4.89 in Europe.

We have an overview of the game below as well as details on game features.

Classic Football is back with Super Arcade Soccer.

Super Arcade Soccer is a fun soccer game with arcade playability; direct, accessible control; and a wide range of actions, such as passing, centering, skill shots…

You can play in Cup mode and become the best in the world, but you can also play with your friends in multiplayer mode, either 1-on-1!

– Easy to control, but hard to master.

– 40 National teams to choose from.