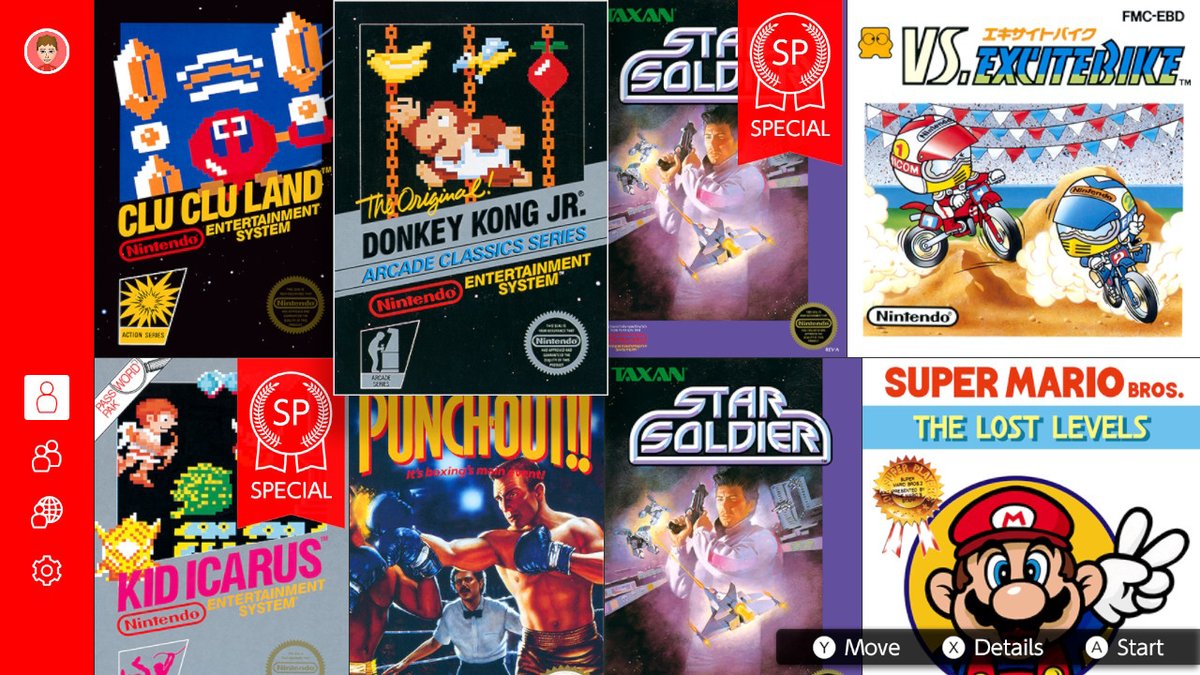 Nintendo have released a new update for the NES – Nintendo Switch Online Service. Three new games that were previously announced have been added to the service: Clu Clu Land, Donkey Kong Jr. and VS. Excite Bike. The SP version game this time around is Star Soldier. In Star Soldier SP, you start on Stage 8 of 16 with the ability to shoot in 5 directions and a defensive shield.

We have screenshots of each games’ description below.