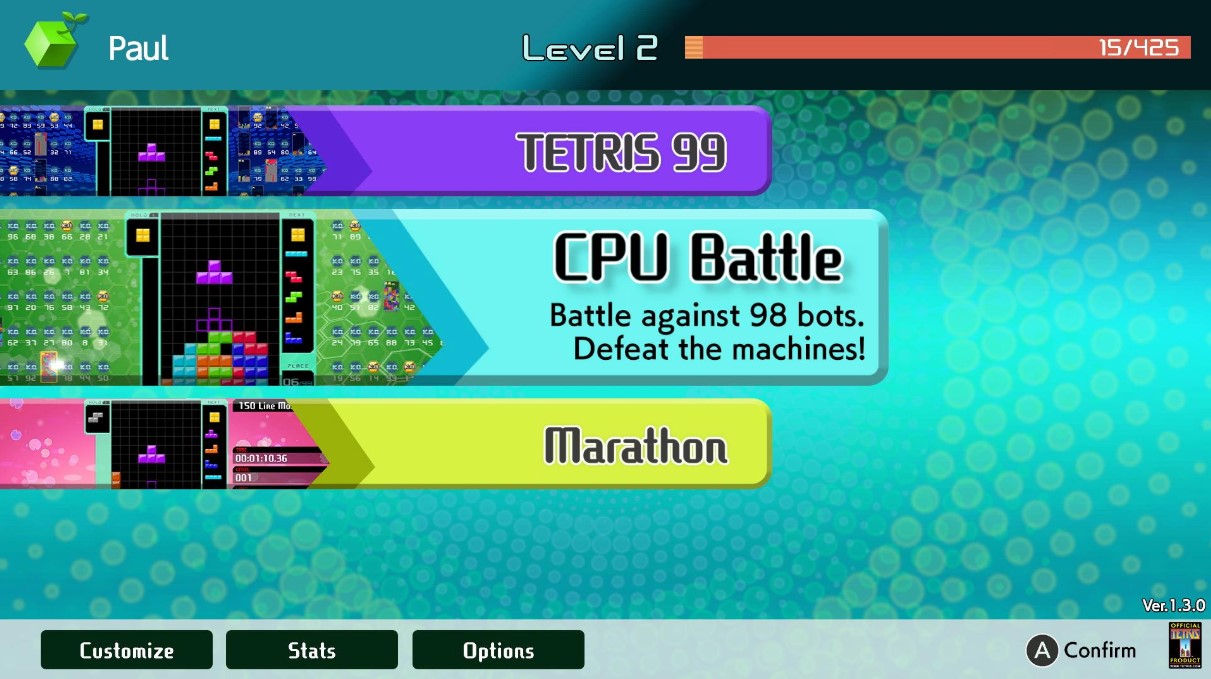 This is the information found on the Nintendo Switch eShop site:

Get additional modes for Tetris99 as they are released with the one-time purchase of this DLC. Game modes included are:

More information on upcoming game modes to follow at a later date.

*Download the Tetris99 software for free on Nintendo eShop to play the paid Big Block DLC.

The #Tetris99 Big Block DLC is available on Nintendo eShop for $9.99 and adds offline modes! Battle 98 bots in CPU Battle, and survive in Marathon mode to clear the most lines possible! Stay tuned for more on additional upcoming game modes. https://t.co/t6cp0KnJLT pic.twitter.com/VKvai3xRCe

Nintendo has not released additional details on what those other “upcoming game modes” could be, but it is great to see Nintendo continuing to support their flagship offering on Switch Online.