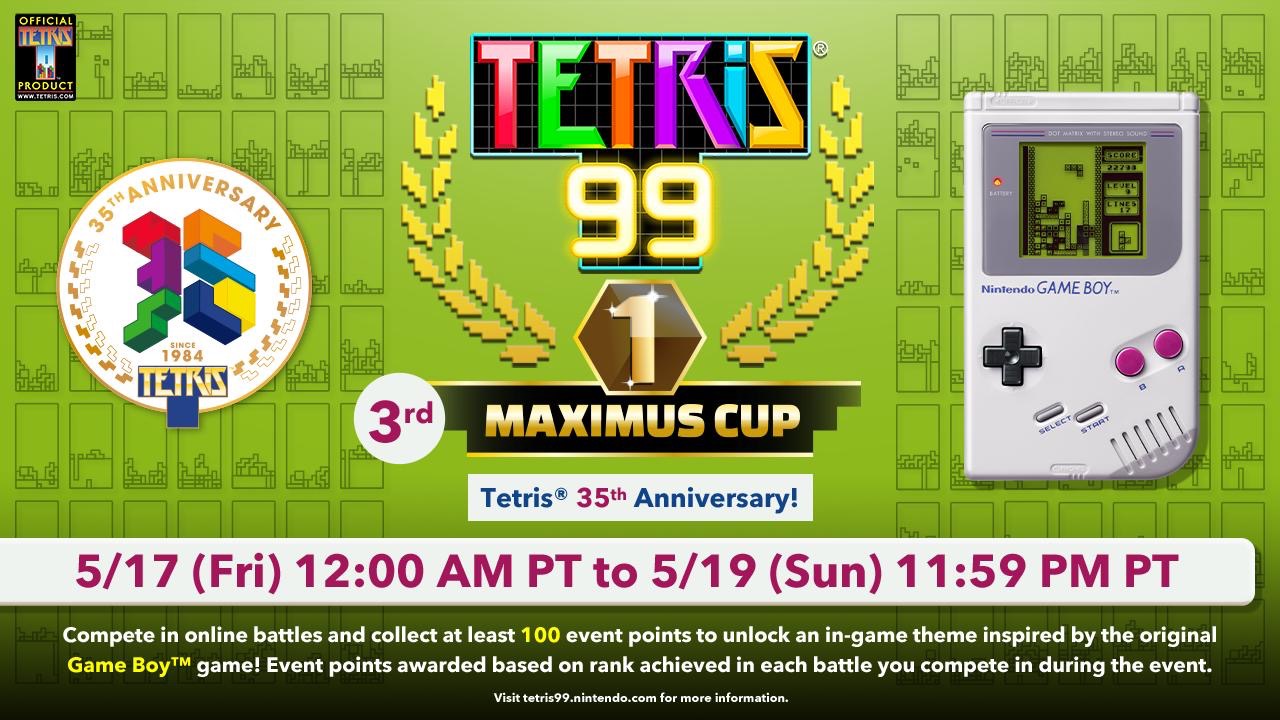 The Third online event for Tetris 99 has been announced! Taking place from May 17th- 19th, win as many games as you can in the Maximus Cup to rank in the top 999 players! You could even win My Nintendo Gold Points for your victories. New this time though in celebration of Tetris’s Anniversary, a special Gameboy inspired theme will be offered to those who achieve 100 points. Find out full details below:

Battle your way to the top in Tetris® 99, a competitive online version of the iconic game.

With a Nintendo Switch Online membership, you’ll be able to put your speed and skills to the test—and try to knock out opponents.

Reach the very pinnacle of Tetris achievement by becoming the last player standing!

This event has now been confirmed for Europe.

To celebrate the 35th anniversary of TETRIS, you'll unlock an exclusive Game Boy TETRIS theme if you earn 100 points! @tetris_official