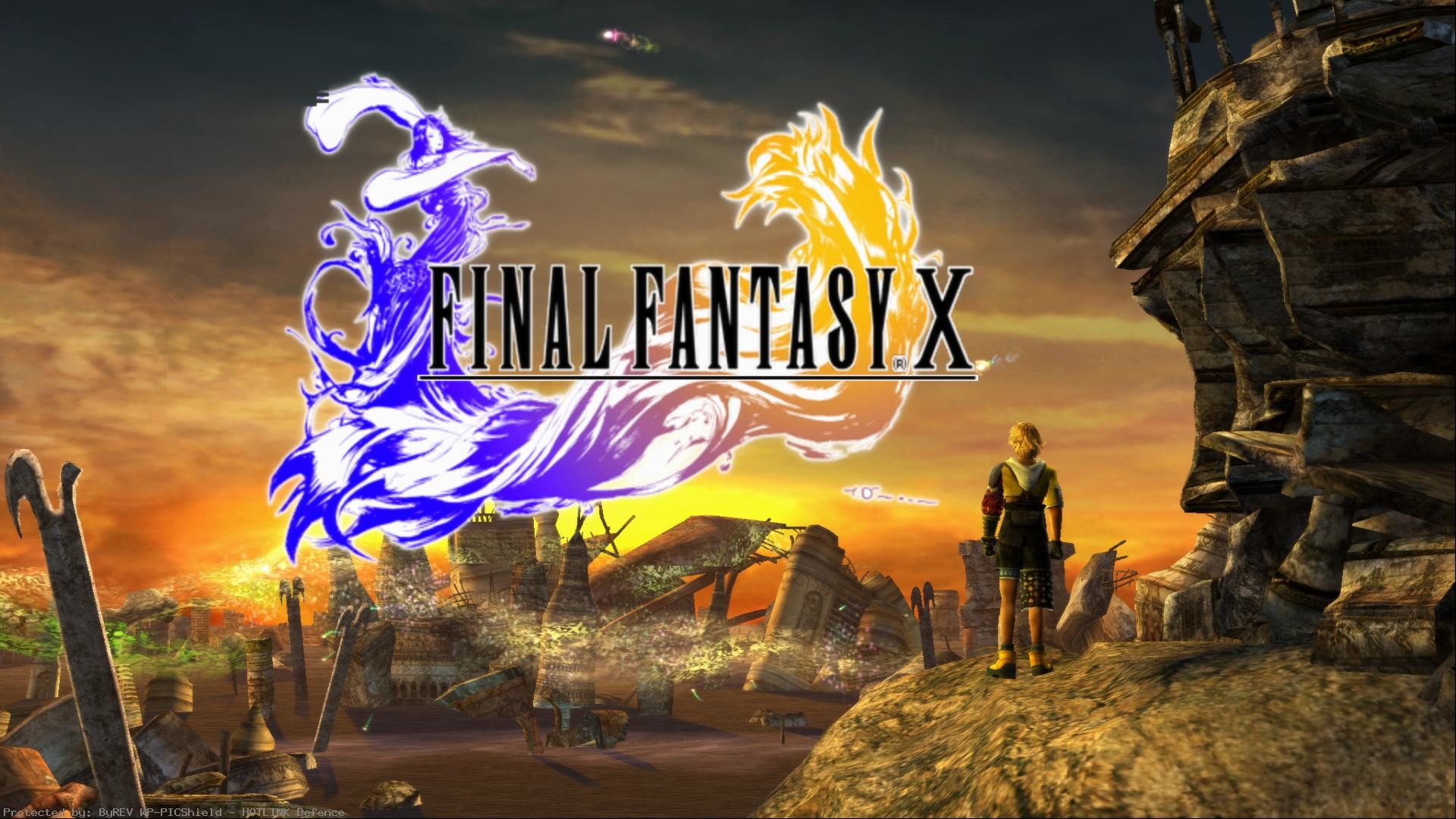 Final Fantasy X is a near-identical representation of the PlayStation 4 HD Remaster while Tidus’ classic journey to Zanarkand still resonates masterfully after 18 years.  A bloated package with improved graphics, revamped audio, and plenty of extras makes this the definitive Final Fantasy X’perience.

Time has been kind to Final Fantasy X, which released back in 2001 for the PlayStation 2. Originally deemed a departure from the more story-driven entries in the Final Fantasy series, Final Fantasy X pushed the limits of the system, introducing fully rendered 3D graphics and environments, more linear story-telling, and for the first time in the series, the characters spoke, making it a more cinematic experience than ever before.

The HD Remaster gave new life to the PS2 masterpiece, allowing a new generation to enjoy the game in all its HD glory, and besides a few minor gripes with some of the changes, it is undeniable how important Final Fantasy X is not only for the JRPGs that subsequently followed but also the Final Fantasy series as a whole.

Having played the game on the PlayStation 2 when it initially released, I am no stranger to Tidus’ story. Revisiting Wakka’s undying hope, Lulu’s tough love, and Rikku’s unmeasurable energy brought a sense of familiarity to the over 180 hours I spent the first time around all those years ago. I should say that a normal playthrough of the game can take on average 50 hours to complete, but you can easily get sidetracked with the many mini-games featured within the experience.

Final Fantasy X begins with Tidus, a star blitzball player who is a celebrity in his hometown of Zanarkand but who still struggles with the painful memories of his late father. He is accompanied by Auron whom he recognizes as his mentor, but who is at the same time hiding a troubled past. It doesn’t take long for the story itself to receive a jolt of adrenaline as the mysterious being regarded as ‘Sin’ attacks Zanarkand, destroying it in its entirety and sending both Tidus and Auron 1,000 years into the future.

Upon arriving at the world of Spira, Tidus is introduced to Wakka, a devoted follower of the religion of Yevon and fellow blitzball player, his late brother’s girlfriend Lulu, who is equally mysterious and menacing, and Rikku, a young and energetic Al Bhed whose never-give-up attitude is an important tool that helps the morale of the group stay high.

Tidus stumbles upon Yuna, a hopeful and kind summoner, who is just beginning her pilgrimage and with whom he quickly makes a connection. Tasked with being her guardian, Tidus and the group embark on a journey to defeat Sin, bringing about a period known as ‘Calm’ to Spira, where people can live for a finite amount of time before Sin returns.

One of the biggest departures from the usual JRPG formula is Final Fantasy X’s battle system. Known as the Conditional Turn-Based Battle system, or CTB, it emphasizes speed above all else. Instead of each side taking equal turns, the battle system allows you not only to use spells and abilities to disrupt the order of characters performing actions, but also the frequency of them reappearing.

No longer confined to the characters in your party, Final Fantasy X lets you swap characters on the fly. On any given moment, you can change the character whose move you are supposed to select and choose a different character entirely. This opens up the game to different strategies depending on which enemy you are engaging.

Final Fantasy X introduced players to a new way of leveling up their characters and charting progress, with the Sphere Grid system allowing players to tailor characters to their strengths or equip them with pretty much any ability that their chosen path through the grid offers. You can either follow the designed path or branch off in different ways making leveling-up a fun and strategic endeavor.

The game itself is littered with mini-games, with blitzball not only being part of the narrative but one of the most addictive mini-games ever to be featured in a Final Fantasy game. Sadly, Square Enix has never decided to make blitzball an online experience, pitting you against other players who own the game, but it has that big of a potential to deserve its own spin-off. From Monster Arenas to Chocobo Racing, and even hunting for Celestial Weapons, Final Fantasy X will continue to keep you busy long after the end credits have rolled.

Final Fantasy X/X-2 HD Remaster has a lot going for it as a package. The price itself might be a little steep if you compare it to the same package on the Xbox One and PS4, but you get good bang for your buck with it. Included are both Final Fantasy X and Final Fantasy X-2 games as well as Final Fantasy X: Eternal Calm which is a short video that bridges the gap between the two games.

Also included in the package is Final Fantasy X-2: Last Mission which follows the aftermath of the sequel with gameplay modeled in rogue-like fashion. The Nintendo Switch version also features the Quick Recovery menu, which was originally introduced for the PlayStation Vita.

With it, you can swipe your touchscreen to access in-game menus for quickly healing your characters.  Unfortunately, this is only available while playing the game in handheld mode, with the feature completely unavailable while docked. Regardless, the High Definition graphics and revamped audio options make this the definitive Final Fantasy X’perience.

One of the first things you will notice about the game is the different audio options when it asks you if you want to play using the original soundtrack or the new rearranged sounds. Considering this is one of my all-time favorite soundtracks, I’m glad that the option is there to hear Return to Zanarkand in all its glory or experience it how I did originally.

Even if you decide on one and then opt for the other, you can easily change between the two whenever you want to. It is a shame that the North American version of the game contains only English audio whereas the Japanese version has both English and Japanese audio, although you are unable to have Japanese audio with English subtitles or vice versa.

Final Fantasy X has received multiple re-releases since it came out on the PlayStation 2 back in 2001, covering everything from PC to smartphones, with the HD Remaster seeing release on the PS3, PS Vita, PS4, and lastly on both the Xbox One and Nintendo Switch.

Graphically, the game has more in common with the Xbox One and PS4 versions than the previous ones, with cleaner graphics that at a glance are leaps and bounds above the original PS2 version, although the PS4 version does have noticeable cleaner models and backgrounds compared to the Nintendo Switch, although they are virtually identical next to one another.

Granted, if you decide to play on handheld mode instead of docked, there is some drop in visual quality, but it still looks excellent. Performance-wise, the Nintendo Switch runs smoothly, with a few pop-ups here and there although they are few and far between, and not enough to take you out of the narrative.

My biggest gripe comes in the form of how the new character models are designed. Although they are definitely more detailed, it feels like some of the facial animations may have been lost where the original/less-cleaner models exhibited more natural reactions to the more “static” faces from the Remaster. Regardless, this is not something exclusive to the Nintendo Switch version and more so a design choice by Square Enix.

For those of you who are cart-less lovers, the digital download of the Final Fantasy X/X-2 HD Remaster will set you back 26.9GB, meaning that if you don’t yet own a MicroSD Card, this game will definitely push you over the edge.

If you go the physical route, Final Fantasy X/X-2 will include the cartridge for Final Fantasy X, but you will still receive a hit in your internal memory space as Final Fantasy X-2 is only available as a download (game case comes with a digital download code) roughly 12.9 GB in size.

The debate comes in the form of digital vs physical, deliberating if owning Final Fantasy X physically and saving 14GB in memory outweighs the benefit of not having to carry around the cartridge itself.

One of the last great JRPGs from Square Soft’s heyday, Final Fantasy X’s story, battle system, and overall quality still goes toe to toe with the best JRPGs from today. As if that wasn’t enough, this is the first time Final Fantasy X has graced a Nintendo system, making it a must-own title for JRPG-lovers and Nintendo fans alike.