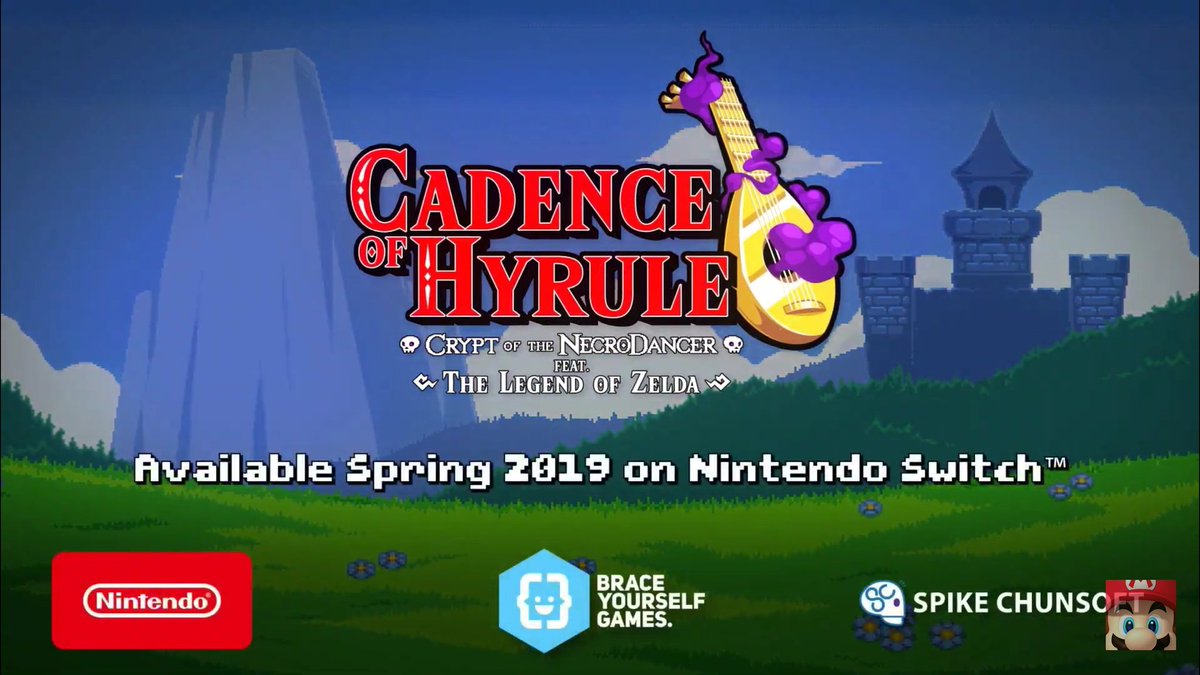 The Nintendo Nindies Showcase Spring 2019 has aired and revealed a great number of Indie titles coming to the Nintendo Switch. There were quite a surprising number of titles but it was certainly Cadence Of Hyrule that was the most surprising of all. Who would have thought that the Legend Of Zelda would appear in an Indie Showcase?

Another little surprise was of course, Cuphead coming to the Hybrid console as well. Other games include: Pine, Swimsanity, Stranger Things 3: The Game, My Friend Pedro and Blaster Master Zero 2. We have the full list of games below as well as the official announcement and the full Nindies Showcase Spring 2019 video below.

Highlights from Nintendo of America’s showcase video include Cadence of Hyrule, Cuphead and Katana ZERO

20th March, 2019 – The Nintendo Switchsystem has quickly become the go-to platform for indie developers. As more and more top indie developers bring their creations to Nintendo’s console, they continue to deliver high-quality experiences that can be played at home or taken on the go. A new Nindies Showcase video today demonstrated the breadth of the Nintendo Switch indie library and the enthusiasm developers have for the platform. This includes the revelation of the rhythmic action-adventure game Cadence of Hyrule – Crypt of the NecroDancer Featuring the Legend of Zelda from Brace Yourself Games. That’s in addition to announcements from indie houses like Devolver Digital, bringing system-exclusive content like Katana ZERO and My Friend Pedro, and new game reveals like RAD from award-winning studio DOUBLE FINE PRODUCTIONS.

“Top indie developers look to Nintendo Switch to showcase their games to a broad audience,” said Steve Singer, Nintendo of America’s Vice President of Publisher and Developer Relations. “The diversity of indie content we discussed today demonstrates how Nintendo Switch players can find quality indie games of nearly any type.”

The games discussed during today’s video include:

To celebrate indie games (and their creators!), Nintendo is offering discounts of up to 30 percent on select indie games currently available in Nintendo eShop for Nintendo Switch. The sale runs from 10 a.m. PT on March 20 until 8:59 a.m. PT on March 27, and includes standout games like Firewatch from Campo Santo Productions and Yoku’s Island Express from Villa Gorilla and Team 17.