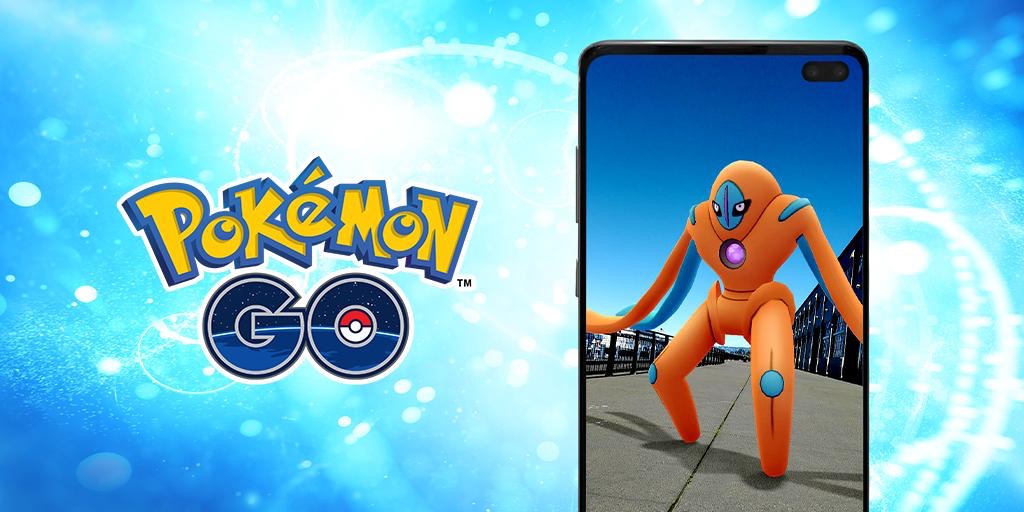 Deoxys is changing forms once again in EX Raid battles trainers! Do you have what it takes to battle and capture his newest form?

The DNA Pokémon, Deoxys, has tested the strength of Trainers in EX Raids and has changed form again! Defense Forme Deoxys will be in EX Raids with stronger defenses than previously seen, so make sure your team is prepared. This Psychic-type Mythical Pokémon will be available to challenge beginning March 25.

Are you new to EX Raids? You can become eligible to receive an EX Raid Pass when you win a Raid Battle at a qualifying Gym. You’ll be able to see which Gyms can host an EX Raid through a handy tag when you look at the Gym details. EX Raid Passes will give you the date and time when you’ll be able to challenge Defense Forme Deoxys, so mark your calendar and prepare your Pokémon for an epic battle!

Battling Defense Forme Deoxys will be a difficult challenge that requires Trainers to take advantage of every opportunity—so don’t forget to invite a friend to go along with you! Remember: invites can only be sent to an Ultra Friend or Best Friend, so don’t forget to battle with friends, send Gifts, and trade Pokémon to build up your Friendship level.

Do you have what it takes? Best of luck—Defense Forme Deoxys won’t back down!