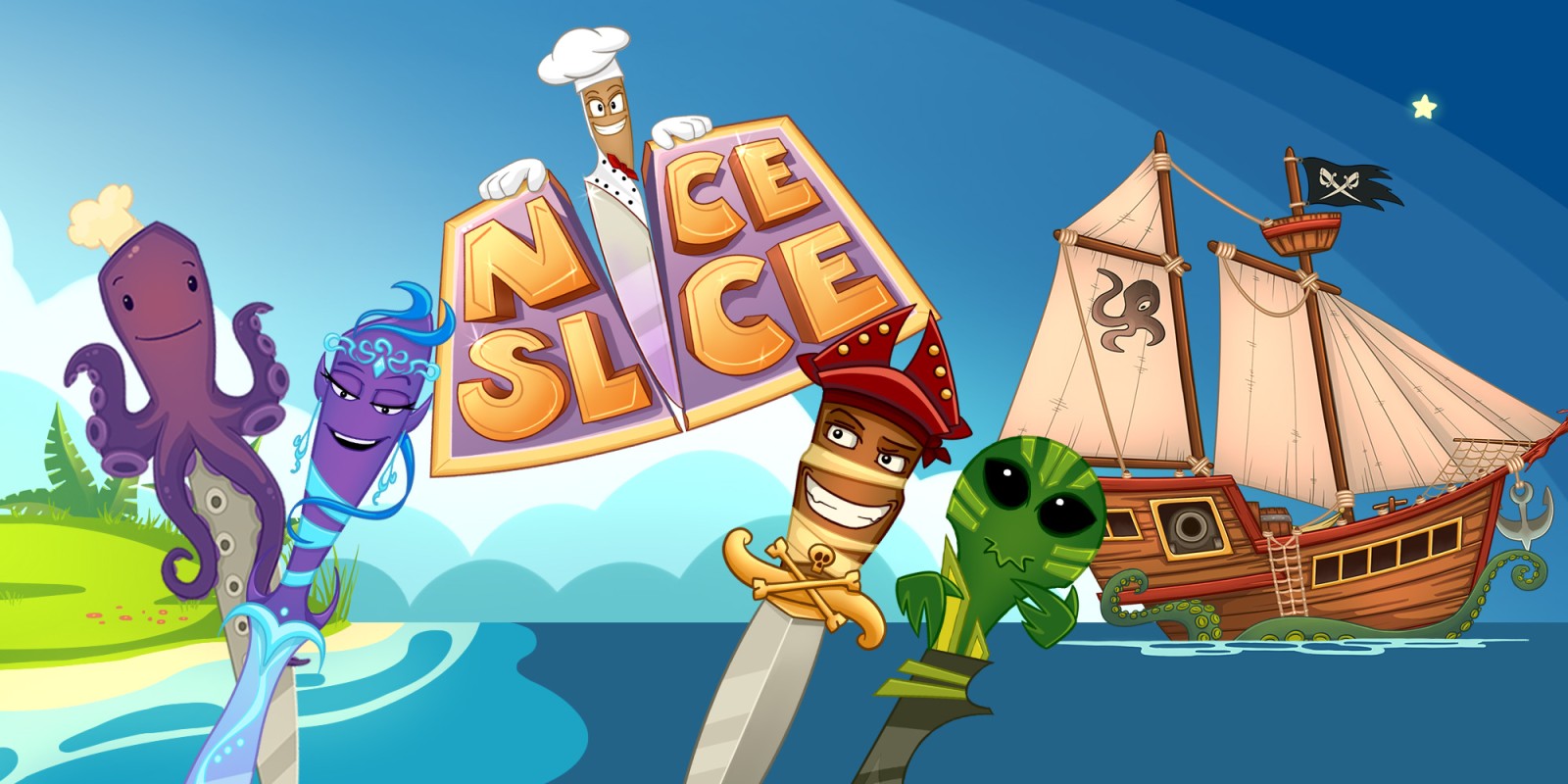 Have you ever wanted to play a game where you control a sentient knife and slice different types of food into small little pieces? No? Well, here’s a game based around that concept anyway.

Nice Slice by Kool2Play was originally a mobile game, now ported onto the Nintendo Switch with some new content. As mentioned earlier, Nice Slice has you controlling different designed knives. Your goal is to slice as many different pieces of food as possible while going up against a timer that quickly decreases.

The knife automatically moves left and right. All the player has to do is press a button to cut downwards. Because of the simple button controls, the game can also be played with the Switch’s touch-screen.

At the center, lies a different food item, this can be a baguette, a cupcake, a cherry, etc. Each edible has a different size, making some harder to slice than others. There’s also a score bar, the smaller the size of the cut the more points you obtain.

There is however,  a problem when it comes to the “table” where the food is placed. In order for the next food item to spawn, the area where the food was has to be clean, but there are times where there’s a very small piece in that area that’s hard to move out, so the next item never spawns.

This exchange makes it very challenging to continue since you’ll probably run out of time by the time you can finally clean the table. There’s a scoreboard that doesn’t serve any purpose or unlock anything, it’s just to show off your highest high score.

On the top of the screen, there is a stamina/timer. This bar slowly decreases while time passes, once it reaches 0 it’s game over. The only way to prevent the bar from reaching its lowest state is by slicing, as this slightly increases the time. If the player slices but misses a food item, then time is decreased immensely.

As for the other features in the game, there are three “levels”, one takes place in a baker’s house, another in a pirate ship and the final level takes place in space. Each setting has a different gimmick; for example, in the space level there’s low gravity.

There are twenty three unlockable knives, each with a unique design and edge, as well as a different price for each one.

There are also achievements, ten in total and each with three different difficulties. The rewards for completing these achievements, is coins, which can be used to buy new knives or unlock new levels.

Coins can also be found in the levels themselves, but they provide little income compared to those obtained with the missions.

The physics in this game are realistic, with the gravity feeling slightly floaty. Slicing up the different edibles into tiny pieces feels satisfying, unfortunately, it does get repetitious after a while. There’s not a lot of gameplay variety to keep the game from feeling stiff.

Every game has you mashing a button to slice until the timer runs out, and that’s about it. It’s obvious this game was intended for the younger audience, and it’s a decent game for $1.99 USD.

There’s nothing impressive when it comes to the visuals. It’s a cartoony design where everything is colourful and objects stand out. Same can be said for the music, it’s a simple soundtrack that gets the job done.

Unless you are a young child wanting to entertain yourself for a bit, Nice Slice is not a game that can be flat out recommended. The core concept itself is fun but the gameplay gets dull after a few runs, and there’s not a lot going on in terms of content aside from some cosmetics and levels. That being said, the game can be found in the eShop for just under $2 USD, which is a good price for an otherwise decent game.