[Feature] YouTube for Readers: About that Rumour of a Second 2D Zelda for 2019… 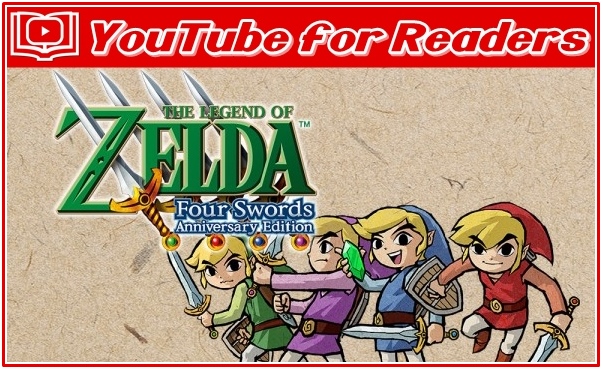 *The views and opinions expressed in this article are of those of the author and are in no way reflective of Miketendo64’s stance on the subject matter.

Hello and welcome to “YouTube for Readers,” a written feature series where Miketendo64 writers are encouraged to do YouTube styled content but in the form of the written word, which is to be divided up in sections, so our readers can skip straight to the bits that they want to read.

Coming up in this written article, I, Jack Longman, will be arguing how a second 2D Zelda game for 2019 is, in fact, possible. Before tackling how a second Zelda game is likely though, first we must address what prompted all of this in the first place.

This all begins with a rumour article posted by Nintendo Insider’s Alex Seedhouse. The article was reporting on an exchange between Vergeben and ZenythVidya on GameFAQs. Although the chat in question took place two weeks ago, the two discussed another 2D Zelda game, which was said to be a “smaller” release intended for the Nintendo eShop (neither Switch or 3DS was specifically stated).

A key point covered by Nintendo Insider, is that Vergeben believes this new game will be announced sometime in the coming months and will actually arrive before The Legend of Zelda: Link’s Awakening washes up on Switch.

While Vergeben can be hit and miss at times with his rumours, nothing he has said is out of the realm of possibility when we consider things such as previous occurrences, other rumours and Nintendo’s own sporadic nature.

In an article by Emily Rogers, an industry insider who has gotten more things right than she has got wrong, she wrote about a number of things, such as a new Nintendo Labo kit:

“I’m predicting Labo to return with a fourth kit as early as this spring (April). I also think the new kit’s name (and gimmick) might surprise some people too.”

Well, Emily called it because a fourth kit has been revealed, its gimmick is VR and as announced by Nintendo of March 6, 2019, the Nintendo Labo Toy-Con 04: VR Kit releases on April 12, 2019.

Experience a new dimension with the latest #NintendoLabo kit! With more games & creations than any previous kit, Nintendo Labo Toy-Con 04: VR Kit is a unique first VR experience kids & families can build themselves! Arriving 4/12, only on #NintendoSwitch.https://t.co/PCxm9sZSed pic.twitter.com/B21Fa2FLCQ

Furthermore, Emily also wrote how she believes Nintendo could announce up to 12 games this year and in the February 2019 Nintendo Direct, we certainly got some announcements in the form of:

But, Emily’s comments aren’t the only things that could give Vergeben credibility, for we also have a statement from Nintendo, which actually concerns Nintendo Switch Online. During a Q&A session with investors in January 2019, current Nintendo President Shuntaro Furukawa expressed a desire to make the Nintendo Switch Online service more appealing. His full words can be seen here:

“It is critical that these members want to continue using the service for a long time rather than letting it expire, and for that we need to build relationships with consumers and enrich the content.

With this in mind, we are currently planning ways to boost the appeal of the service on a yearly basis… It is very important to our future business and we are giving it our all.”

Now, after reading that and what Emily shared online, coupled with the Vergeben rumour, while nothing is confirmed, there is a way three factors could come together and make the math work and it’s all to do with The Legend of Zelda: Four Swords Anniversary Edition.

Co-developed by Grezzo, (Ocarina of Time 3D, Majora’s Mask 3D & Tri Force Heroes,) the anniversary edition was a DSiWare remaster of Four Swords, that featured “several changes and additions not present in the original, including a single-player mode.”

Between its initial worldwide of September 28, 2011 and February 20, 2012, the game was free to download as a way of celebrating the 25th anniversary of The Legend of Zelda series. It would then be pulled from the eShop, only to then be made available a few years later in North America, for the Nintendo 3DS.

The reason for its January 30 – February 2, 2014 availability was down to the critical acclaim achieved by The Legend of Zelda: A Link Between Worlds and since then, the game has never been available to download since, but what if that is about to change?

While the game did add the option for players to play on their own, what if Grezzo is hard at work on a Switch port and this is the game in question that Vergeben could be alluding to. Multiplayer Zelda might not be everyone’s favourite thing, but as another Nintendo Switch Online exclusive game, it’s certainly something Switch owners could get excited about.

For starters, it’s more Zelda on Switch, it will also make sense as to why the game is digital only and as a game you can play with others, it would certainly be a game where you would need a Nintendo Switch Online subscription in order to be able to play it in the first place. Although online multiplayer wasn’t needed before, this time around it could be a match made in heaven.

Also, since the game could support local multiplayer as well, there’s no reason why players couldn’t hand a Joy-Con with a friend and play with them. Sure, it’s not the 25th anniversary of the Zelda series, but it is the 33rd anniversary of the series and with the original release of Four Swords dating back to December 2, 2002, why not bring back the classic title?

A full-fledged remake with modernised graphics may be welcomed by many, but it isn’t a necessity this time around, not when having the anniversary edition come back into circulation is more than enough. Plus, let’s be honest, The Legend of Zelda: Four Swords Anniversary Edition is a much more enticing game to have on Switch than My Nintendo Picross: The Legend of Zelda: Twilight Princess is.

Last point to bring up, Nintendo has more than one team who handle Zelda games. In fact, before the era of Switch, there would be a home console team that focused on 3D Zelda games for consoles and a handheld team that handled the 2D games.

Nintendo would also use the likes of Grezzo and Tantalus (Twilight Princess HD for Wii U) to assist with ports and a new release in the form of Tri Force Heroes, so to say they can’t have a second game so close to completion, is not the smartest thing you could say, since it is more than possible and more Zelda on Switch is music to my ears anyway!

The grass is green, the sky is blue and Nintendo is Nintendo, the meaning? Possible logic aside, at the end of the day, while it does seem to be very likely that a second 2D Zelda game in 2019 is possible and it’s the kind of thing Nintendo could throw at us when we’re not expecting it, all of this is still just a speculative theory that has come to form after reading one of Vergeben’s latest rumours.

On the plus side though, even if we don’t get a second 2D Zelda game, which hasn’t actually been promised to us by Nintendo, we will still be getting a Zelda game this year and that is awesome in itself!

One thought on “[Feature] YouTube for Readers: About that Rumour of a Second 2D Zelda for 2019…”