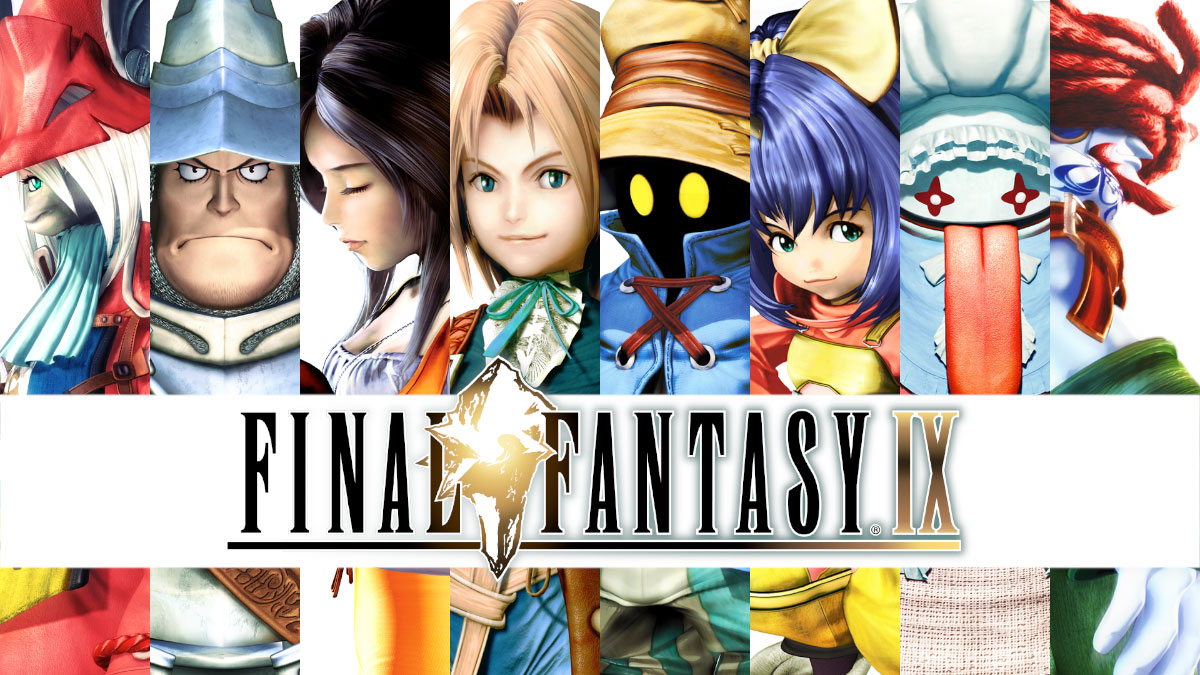 The Ultimate Fantasy is Finally on the Nintendo Switch!

Almost everyone has a Final Fantasy entry that they regard as their favourite, and up until 2016, it was difficult to play an entry after VII from the first two PlayStation consoles. When Final Fantasy IX was released on Steam and the PS4, there were hopes that it would be released on the Switch.

The recent Nintendo Direct made the great surprise of having it released soon after that event concluded, and I’ve been playing through it to give you a re-review of it, nineteen years after its original release.

The game is set in a medieval world, hearkening back to the worlds of Final Fantasy IV and previous, where you control the main character; Zidane, alongside a few others. The main plot is a quest to take down a Queen in the midst of war, and while attempting this plan, a greater threat emerges which could threaten everything and everyone.

First of all, this is a huge game. When originally released it came on four disks, so you’re going to be occupied for a while if you haven’t played the game for the last few years, especially with the ‘play anywhere’ aspect of the Switch.

The game has the ‘Active Time Battle’ of the time, something which I actually prefer. Since Final Fantasy XII this was replaced with the ‘Active Dimension Battle’ (ADB) system, where you can control the characters freely when in a battle, so this was great to go to a system I much preferred.

In battles, you can also control four players, rather than three from VII and VIII, which hearkens back to the older entries, which made for a strategy for every battle to be very varied and fun.

You have a way of attacking, summoning magic, using items all as before, but with Zidane, at least to start with, you can ‘Steal’ in order to take items from enemies in battle! Similar to the ‘Draw’ ability of VIII, but here it’s items rather than magic.

Still, let’s not forget the ability that defines a lot of Final Fantasy for many players; the Summons! These are monsters that are either gained or discovered throughout the game and can turn the tide in may battles. From Shiva, to Leviathan, and the infamous Bahamut, they all look great on the Switch, especially when docked on your TV.

Throughout the game, you will come across the classic staples of the franchise, such as coming across hidden quests which were only uncovered six years ago. The replayability of this game is incredible, such as finding the Ultima Weapon, finding a certain weapon in under 12 hours, and even Blackjack.

There were criticisms of the game that some parts were simply rehashes of previous entries, but this was made with a mission in mind to honour the previous games. This was known to be the last Final Fantasy game to be released on the original PlayStation, and so the team wanted to make it, almost a nostalgic journey.

Even composer Nobuo Uematsu reused some tracks from other games, such as ‘Castle Pandemonium’ from Final Fantasy II, and Gurgu Volcano from the original entry from 1987. He gives the tracks a fresh arrangement, but in truth, they’d only be recognised by fans who have been with the series for that amount of time. To me, there won’t (or hasn’t since) been a battle track better than the eight entries’ ‘Don’t be Afraid.’

The game took me a good week to finish, and I was especially stuck on a certain moment two-thirds of the way through over a weekend. The game will frustrate you from time to time, as it did me with that incident, but the satisfaction in succeeding in these moments never gets old.

Final Fantasy IX was a game that I never really got into back when it was released in 2000, but I’ve come to the conclusion that its a game best played on a handheld device in long bursts. The Switch is perfect for this, more-so than when it was originally released on the original PlayStation.

To note, this is a port of the PC/mobile versions, so the text bubbles and fonts are all remade, alongside certain textures, especially the characters.

It works well most of the time, but when these are against a colourful, bright background which hasn’t been remade, it can be jarring. Alongside this, you also have some added features when the game is paused, called ‘game-boosters’. These are:

In all honesty, if you just want to go through the game and not take your time with the story and the world around it, then these will definitely help, but enabling the ‘Level 99’ & ‘9999 Damage’ may miss the point of playing an RPG, especially a Final Fantasy game as enthralling as this entry.

I used them for a half hour and then went back to normal. You just feel as if you don’t gain the full experience of a Final Fantasy game with these switched on.

For $20.99, Final Fantasy IX is worth its asking price and then some for it is a game players will easily spend a couple of weeks or even a month if you dip in and out without using the game boosters. The story of Zidane, Vivi, Steiner and many more will draw you in, and it will keep wanting you to come back. It’s essentially a love letter to the past of the Final Fantasy games that preceded IX, while also showing what the future could hold for it.

Even for nostalgic purposes, which is one of the themes that the development team had, feels much more relevant in 2019 now. People who first played this back in 2000, get to play it all over again, and maybe even with their families to show them how games used to be in their time, and from that alone, it’s a great moment for players revisiting the game.

Furthermore, even if the game isn’t for you, it’s a great stop-gap until VII, X and XII arrive on Switch and it’s a perfect way to lose yourself in the game during a commute or a work-break.

There is no doubt about it, Final Fantasy IX is a game that ranks among the best in its series. It’s a game that hearkens back to what made it so playable, and also has a story that will keep you enthralled until the very, very end. I’ve said this before in other reviews, but I feel that for this franchise more than the others, it’s such a perfect game to have on the Switch.

Before we would be tethered to a television screen in our bedrooms with these games, but now, they can be wherever we want them to be, and that only makes the accessibility to the game much more appealing to so many out there pondering a purchase. If you’re waiting for the other entries in the coming months, this is a great starting point to tide you over.