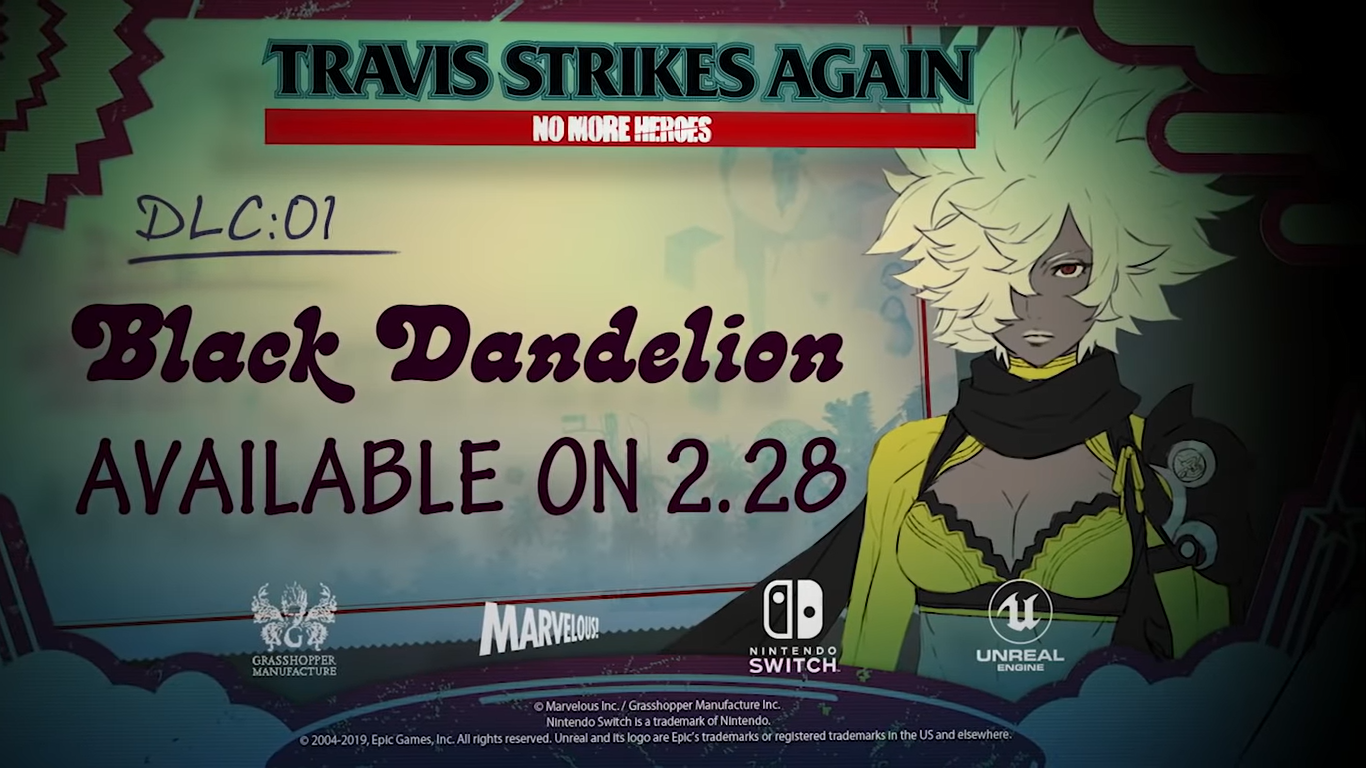 For any of you that picked up the season pass for Travis Strikes Again: No More Heroes, the first DLC is now available to download. The Black Dandelion DLC includes Shinobu Jacobs as a playable character and two character exclusive Skill Chips. A new text-based adventure story for Badman is also included.

Grasshopper Manufacture have released a trailer showing the newly playable assassin in action. You can check out the video below.