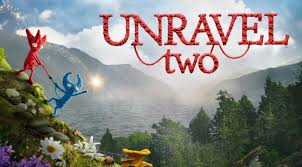 During the February Nintendo Direct, an announcement was been made for the puzzle platform game Unravel Two. The game is to release on Nintendo Switch on March 22.

We have the official EA announcement below.

In the February 02.13.19 Nintendo Direct, Coldwood and Electronic Arts Inc. announced that their puzzle platform game, UnravelTM Two, will be released on Nintendo Switch on March 22. The innovative platformer builds off of the original game with a single player and local or online co-op drop-in/drop-out gameplay experience centered around on the bond between two Yarnys.

Unravel Two on the Nintendo Switch will have players working together to solve challenging puzzles and traverse between beautiful natural landscapes and intricate urban environments. Players will jump, slide, swing, run and adventure across an emotional story that demonstrates the power of positivity in the face of uncertainty.

Unravel Two is rated E for Everyone by the ESRB and is also available worldwide today on Xbox One, PlayStation®4 computer entertainment system, and PC via Origin.

To find out more on Unravel Two, please visit the website.