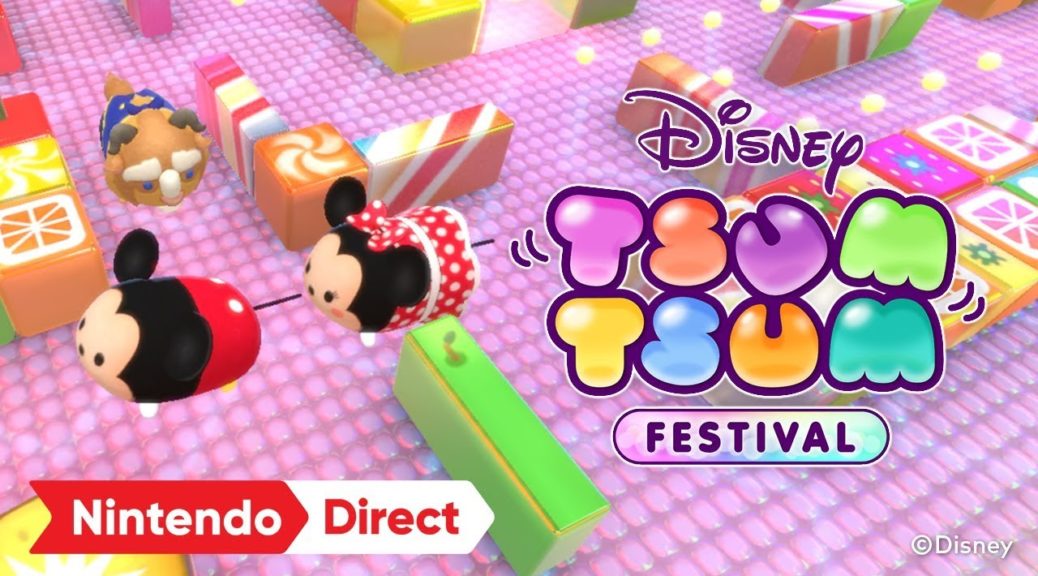 With the February Nintendo Direct out of the way, Game Devs and Publishers have begun sharing information about their games that were shown during the presentation.

Bandai Namco have shared some more details about their newly announced game DISNEY TSUM TSUM FESTIVAL. You can see the official announcement below.

DISNEY TSUM TSUM FESTIVAL stars a large roster of beloved characters, including Walt Disney Animation Studios’ Mickey and Minnie Mouse and Pixar Animation Studios’ Buzz Lightyear and Lightning McQueen, in a myriad of party games that can be enjoyed both at home and on-the-go, by up to four players on a single Nintendo Switch, or players can choose to play online with Tsum Tsum fans around the world. The classic mobile Disney Tsum Tsum puzzle game will also be included in DISNEY TSUM TSUM FESTIVAL, enabling players to experience the fan favorite game on a larger screen and hone their Tsum Tsum connecting and popping skills.

“Extending the beloved Tsum Tsum franchise to Nintendo Switch in DISNEY TSUM TSUM FESTIVAL enables players to interact with their favorite stuffed toys in a brand-new way, wherever, and whenever,” said Kristeen Laut, Brand Manager at BANDAI NAMCO Entertainment America Inc. “We hope that the ability to create a party with Nintendo Switch will encourage players to invite friends and family to connect, have fun, and bond over not only their love of Tsum Tsum, but also their love of all things Disney and Pixar together.”