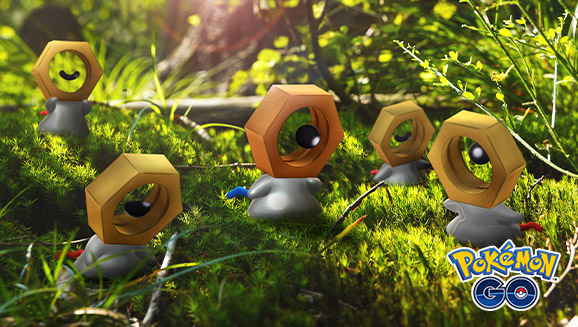 Shiny Meltan Coming To Pokémon GO For A Limited Time

Pokémon GO players looking to get their hands on a Shiny Meltan will not have to wait any longer. The Pokémon Company has announced that Shiny Meltan will appear in Mystery Boxes in Pokémon GO for a limited time. The Mythical Pokémon has a darker face then the normal Meltan and has blue tail instead of red.

We have the official details below:

Crack open a Mystery Box in Pokémon GO anytime Tuesday, February 5, 2019, through Monday, March 4, 2019, and keep your eye out for Shiny Meltan!