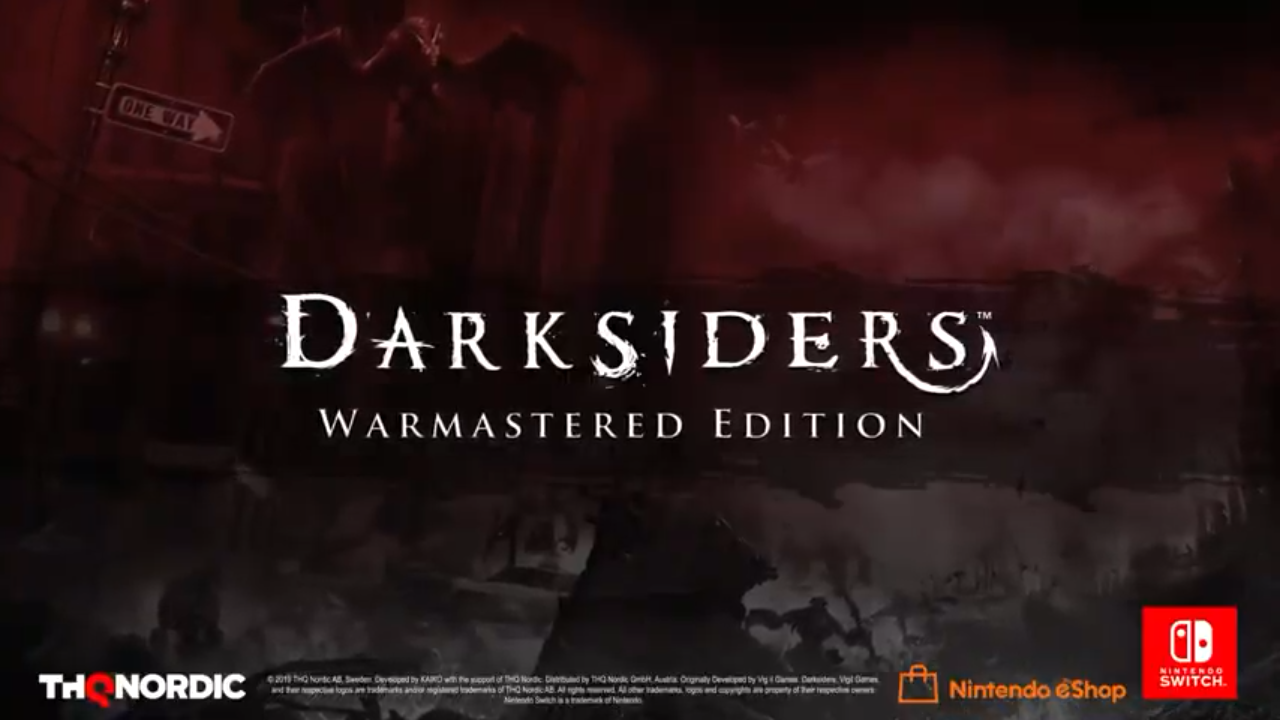 In a matter of minutes a trailer was published for THQ Nordic’s Darksiders Warmastered Edition and then taken down immediately. The trailer has been removed from the main THQ website but not quick enough that other media outlets could get their hands on it and share it on their own YouTube Channels. Nintendo Town was one such outlet that was quick enough to share the Darksiders Warmastered Edition for Nintendo Switch Trailer before the original was taken down.

Speculation has begun to circulate that the trailer was meant to air during a certain D,I,R,E,C,T but since it never did air, the trailer automaticaly went live. I am sure we will get a proper announcement soon though whether it will be part of a Nintendo Direct or not remains to be seen.

Thanks to Nintendo Town, we have the Darksiders Warmastered Edition trailer below