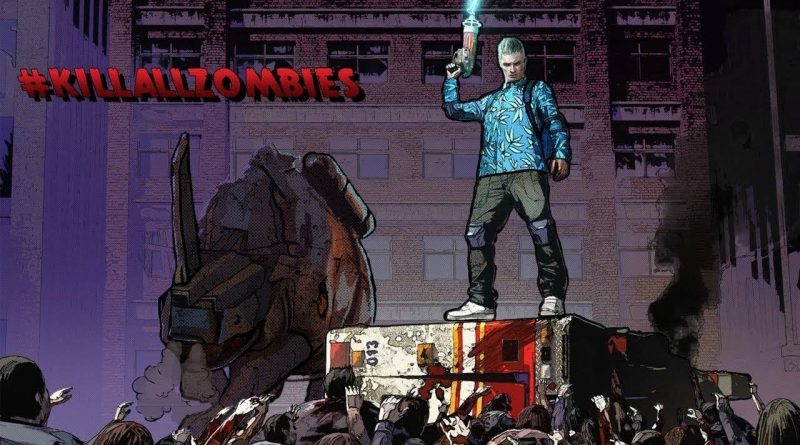 While the Nintendo Switch constantly proves itself to be a wonderful platform to play games on, its eShop could do with a severe overhaul to ensure smaller games get the attention they deserve. So, until such a time comes, we’re just going to have to do a series of eShop Selects articles, with each one dedicated to a game that released on the day that instalment was posted.

To start things off, developed by Beatshapers, #killallzombies is a third person shooter that you most likely wasn’t aware of, but we’re going to correct that and we’re going to start with a trailer and then follow it up with an overview comprised of official information:

#killallzombies is an excellent third-person shooter originally developed by Beatshapers and ported by SPL. The point of the game is to survive at any cost, confronting the hordes of undead, who come to you with only one purpose – to kill. Don’t wait for an easy walk: on your way you will come across countless different types of zombies and lots of unexpected obstacles, so be patient and go ahead, to survive amidst this chaos!

The game has three modes: “survival” mode, in which your main goal is to stay alive. “Flag protection”, where you have to defend the base, by all means, surrounding it with powerful guns and CO-OP, in which you fight zombies with a friend. Choose the one that you like, grab your weapon and start firing! Do you prefer the classic weapon such as a shotgun or crossbow? Or would you try the futuristic blaster or the incredible volсano machine gun? A wide range of various weapons for every taste is at your disposal. Moreover, there are different types of ammo for firearms in the game from the normal bullets to the frozen and toxic bullets, and that makes shooting even more spectacular.

You think this is not enough to defeat the crowd of zombies? Don’t worry, feel free to go into the arena, because during the battle you will be able to use a huge variety of cool perks. Each perk has enormous power and can shift the balance of power in your favour, and thanks to them you will be able to acquire such abilities as invisibility or acceleration, to get a powerful weapon or to influence the outcome of the game, and more. The use of these opportunities will allow you to stay alive much longer. By gaining experience and improving your level you will discover dozens of new different perks.

Do not forget that the arena can dynamically change itself that can either prevent you, or play into your hands. To survive, you always need to on the alert – to dodge the falling containers, avoid flamethrowers growing up of the ground, and try not to fall into a suddenly formed hole. And let zombies fall into these traps, not you!Can you hold out longer than the others and kill more zombies? Your results are taken into account in the overall rating, what gives you a great opportunity to compete in endurance with other players. With the spirit of challenge, you will want to come back to the game again and again. Make your name be first in the leaderboards!

On the deadly battlefield you shall meet:

An arduous opponent awaits you, but even he is destined to eventually fall from your hands – have no doubt in your abilities, stock up the most destructive weapons, develop your endurance, create new tactics and win! Forget the fear and fight for your life in #killallzombies!

So, what do you think guys? Is #killallzombies the game for you? Let us know and if it isn’t, that’s cool too, because there are plenty of other indie games in the eShop just waiting to be discovered!