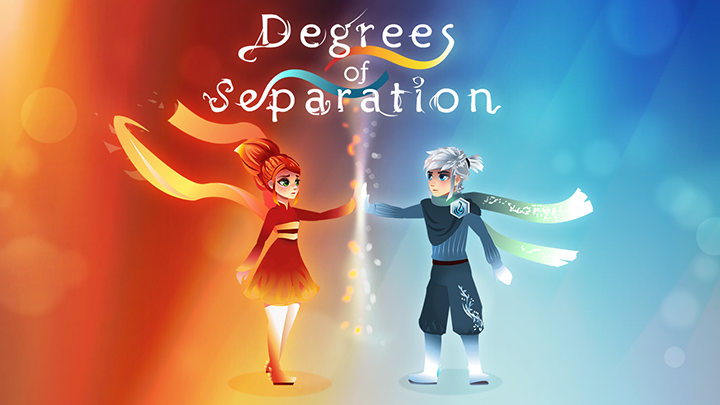 Whether you choose to game on Steam, Xbox One, PlayStation 4 or Nintendo Switch, come February 14, 2019, you’ll be able to pick up Degrees of Separation by Modus Games. If you’re still on the fence however, a new trailer has been released and you can see it here, along with today’s announcement:

Lose yourself in a fantasy story of love and loss, hot and cold, written by industry veteran and RPG legend Chris Avellone

January 15, 2019 — Walnut Creek, CA — Kicking off the new year, publisher Modus Games and developer Moondrop are excited to share an in-depth look at the rich narrative and dynamic gameplay in upcoming 2D puzzle platformer Degrees of Separation. Featuring the work of acclaimed fantasy author Chris Avellone, Degrees of Separation represents a unique and exciting new challenge for the Fallout: New Vegas writer, tackling the world of platformers and a touching fantasy story about relationships and polarity. The game fittingly releases on Valentine’s Day – February 14, 2019.

Degrees of Separation taps Chris Avellone’s ability to craft rich, tapestry-like lore, telling the tale of a girl and boy from two different worlds whose lives intertwine. Ember and Rime, bound to the forces of warm and cold respectively, set off on a vivid journey where upon meeting they are instantaneously divided by their two disparate worlds, driving them together – and apart – on a journey to bridge the gap between them.

Prevented from touching one another by their differing elemental affinities, Ember and Rime explore the magnetic potential of opposing forces. Each level of Degrees of Separation represents a different stage in the couple’s relationship, and thus offers a new mechanic that the two protagonists will have to master in order to progress. Offering players the option to go solo or co-op with a partner – either local or online – Ember and Rime each make use of their elemental abilities to solve puzzles as they traverse multiple unique worlds.

Degrees of Separation arrives on Nintendo Switch, PlayStation®4, Xbox One and Steam on February 14, 2019 for £15.99. To stay up to date on all the latest updates, check out the official website, follow Modus Games on Twitter, Discord and Facebook, and wishlist on Steam today!