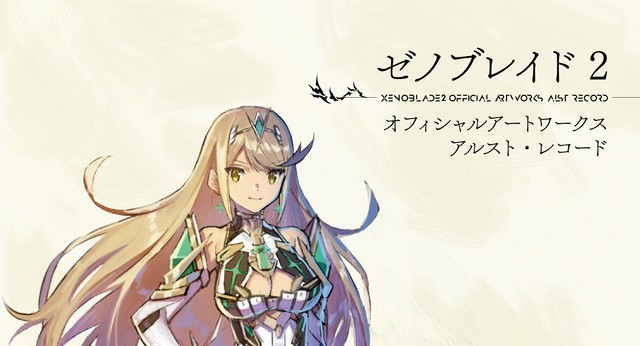 The artbook will be titled “Xenoblade 2 Official Artworks Arst (Alrest) Record.” It will feature artwork from Xenoblade Chronicles 2 as well as Torna: The Golden Country. The 352 page book will contain all sorts of sketches and artwork on characters, enemies, weapons, landscapes etc.

It also lists every line of the in-battle dialogue and the Heart-to-Hearts. Main Character designer Masatsugu Saito specially designed the cover of the artbook.

Xenoblade 2 Official Artworks Arst (Alrest) can be pre-ordered on the Amazon Japan Website for 2,900 Yen + taxes.