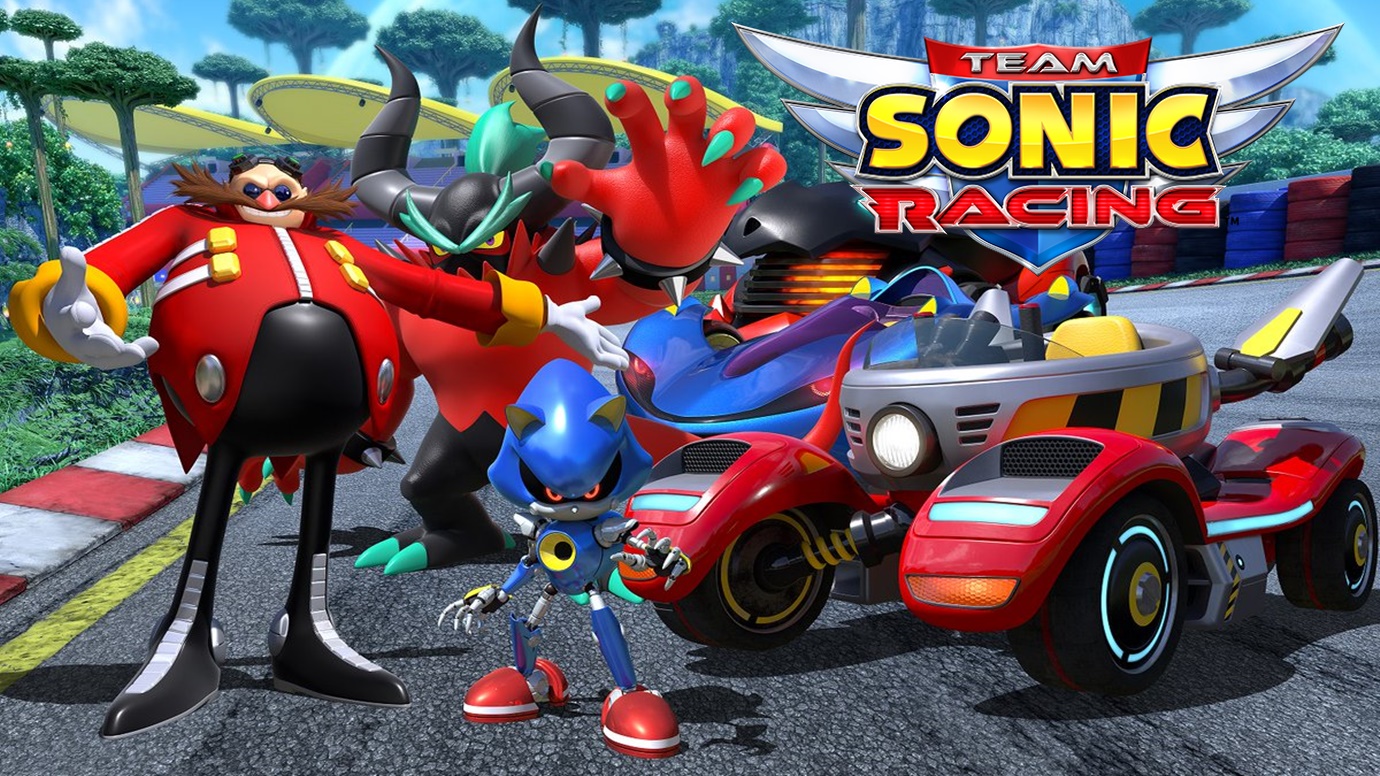 SEGA has officially announced the final set of characters to join the roster of Team Sonic Racing. The final team and it’s racers will be Team Eggman with Dr. Eggman, Metal Sonic, and Zavok. Each character has their own style. Eggman has the Technique style, Metal Sonic is more Speedy and Zavok is Heavy.

We have the following details for each character:

– Eggman [Technique] – a.k.a. Dr. Ivo Robotnik is the main archenemy of Sonic, with a personal goal of achieving world domination

– Metal Sonic [Speed] – one of Eggman’s lethal creations, this cold, violent machine aims to prove that he’s the better hedgehog between him and the Blue Blur

– Zavok [Heavy] – the leader of the Deadly Six, a demon-like being that continues to battle Sonic and friends whenever the opportunity arises

The complete roster for Team Sonic Racing has 5 teams and 15 characters. Team Sonic has Sonic, Miles “Tails” Prower and Knuckles the Echidna. Team Dark has E-123 Omega, Rouge the Bat and Shadow the Hedgehog. Team Rose has Amy Rose, Big the Cat and Chao. Team Vector has Vector the Crocodile, Blaze the Cat and Silver the Hedgehog. The last team of course is the newly announced edition of Team Eggman with Dr. Eggman, Metal Sonic and Zavok