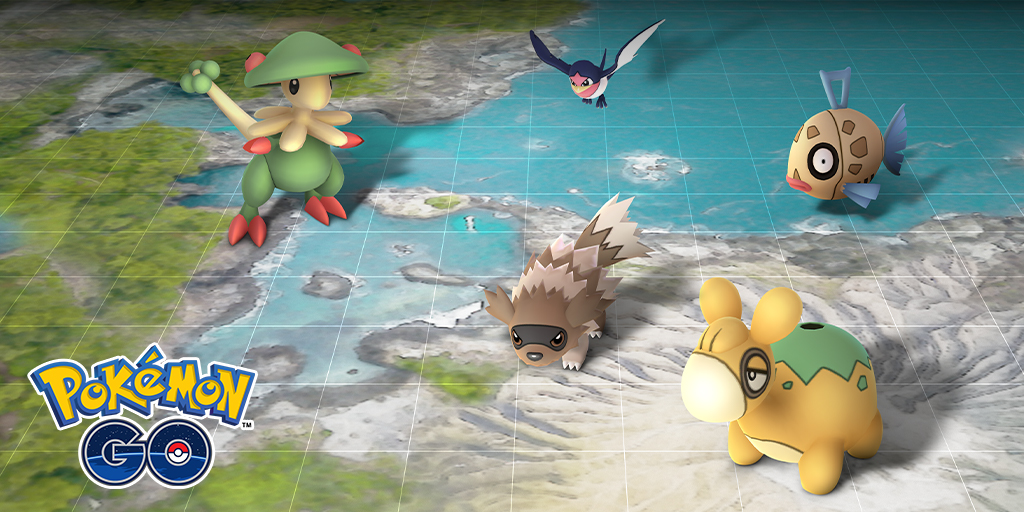 What can you expect from the Hoenn Celebration in Pokemon GO?

Kick off the new year in Pokémon GO with a special two-week event that pays tribute to the Hoenn region. Starting January 15, 2019, at 1:00 p.m. PST to January 29, 2019, at 1:00 p.m. PST, Trainers will have ample opportunities to encounter Pokémon originally discovered in the Hoenn region. Not only will these Pokémon appear more frequently in the wild, but they will also be highlighted in special Field Research. They will even have an increased chance of hatching from 7 km Eggs.

Legendary Pokémon originally discovered in the Hoenn region will have their chance to shine as well. Look for Kyogre and Groudon to make appearances in Raid Battles during the event.

Additionally, if you evolve Shroomish into Breloom during this time, it will know the exclusive move Grass Knot. And if you’re very lucky, you might even encounter Shiny Zigzagoon and Shiny Taillow!

You can also deck out your character in Hoenn region style with new Style Shop items celebrating Team Magma and Team Aqua—the original Hoenn region villains in Pokémon Ruby and Pokémon Sapphire—that will be available to purchase with PokéCoins.

That’s a lot of Hoenn region excitement, so get ready to head out and explore!