[Fan Fiction] A Present for Toadette (Set before the events of New Super Mario Bros. U Deluxe) 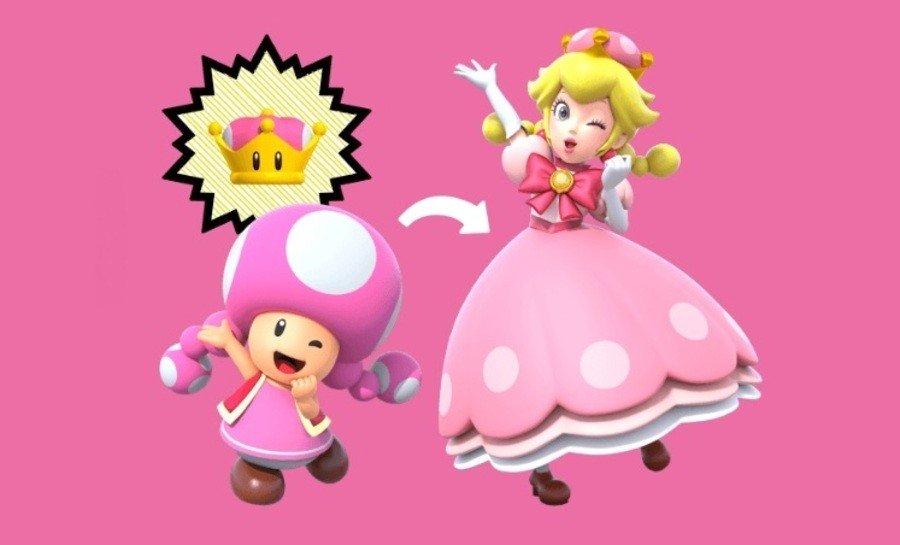 *The following is a fan fiction story set before the events of New Super Mario Bros. U Deluxe.

A Present for Toadette – J.H. Longman

With Mario proving victorious against King Bowser in an ultimate Smash Bros. Brawl to end all Smash fights, the usual celebratory festivities were underway in the Mushroom Kingdom.

Cheep Cheeps were breaking the surface of the Rio Cheep Cheep, Pihrana Plants were whistling and Toads were exchanging presents.

Usually, every Toad would draw a name out of Mario’s hat, but now that Cappy had taken possession of it, Cappy was straight up telling each Toad who they have to get a present for and Captain Toad was given the short straw.

Out of everyone he could have gotten, he was tasked with getting a gift for Toadette. The very same Toadette who not so long ago, he embarked on a Treasure Tracking adventure with.

“What do I get the Toadette that has seen the wonders of the world?” He asked himself.
No answer came to him, but being the adventure he was, he set off on a quest to find the ultimate gift. He searched under Thwomp Thwomps, used Bomb-ombs to mine hills occupied by Monty Moles and even outrun Bullet Bills and to his own surprise, he did indeed find the greatest gift of all.

Said to be a magical item, an Oracle told him it could transform those with the purest of hearts and showcase their radiating inner beauty shown on the outside.

Of course, Captain Toad did not believe any of it, it was still a stunning crown that he knew would make Toadette happy. What he didn’t know, however, was the fact it would turn her super. It took all of two seconds for the crown to be one her head, only to have her transform into a Toad of equal beauty to that of Princess Peach.

Captain Toad was in total shock, but the newly transformed Peachette was smiling with excitement. Not only did she look different but she felt different too. She felt like she could jump and glide and was ready for anything. Ready to embrace adventure once more and that is precisely what she did. Only that’s a story for another day…

To be continued in New Super Mario Bros. U Deluxe