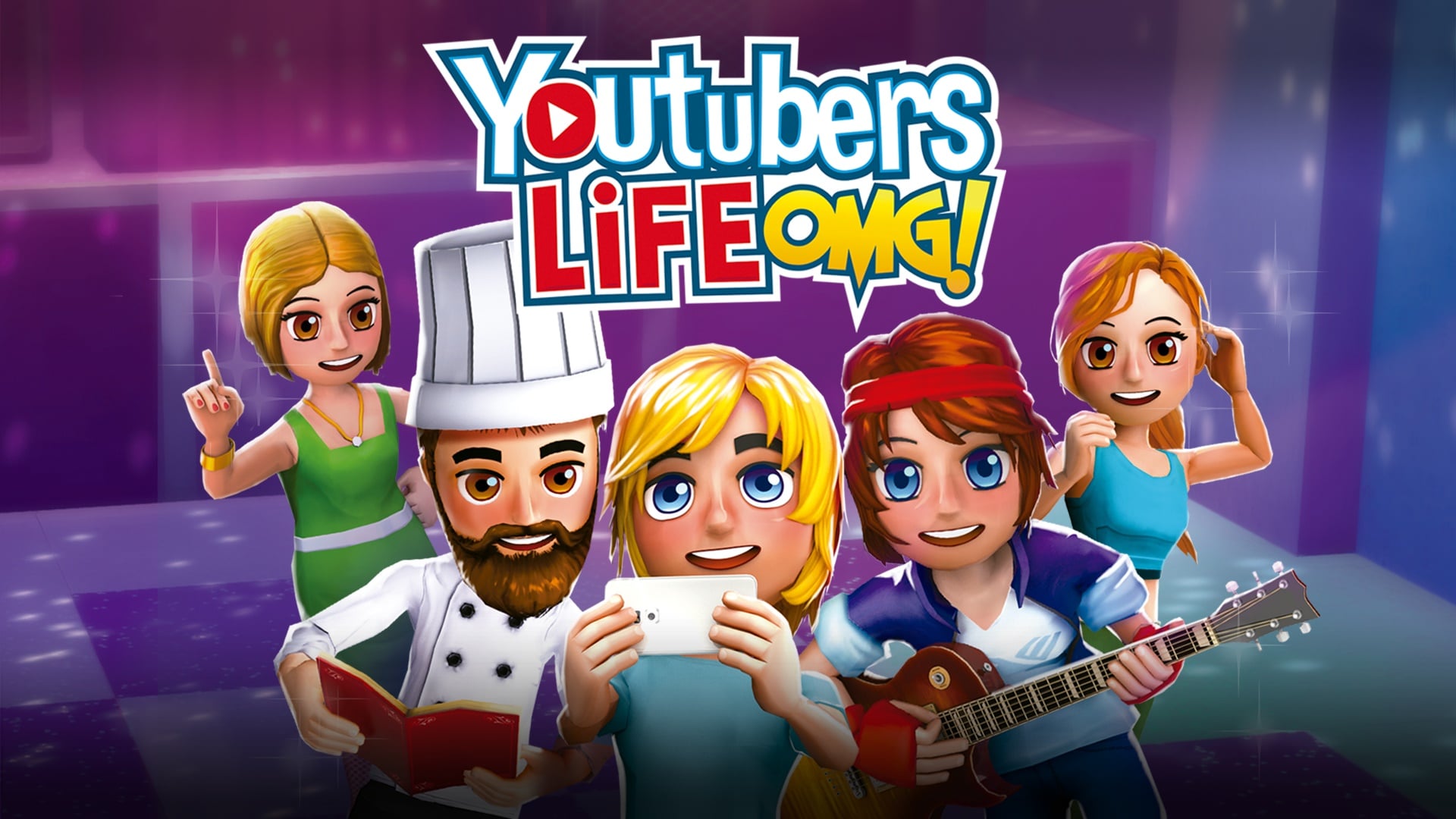 *This review was done with input provided by Inkling G from the Toys And More Club and Force in Unison Gaming YouTube Channel.

As a video game “YouTuber”, I find YouTubers Life: OMG Edition very intriguing in the sense that I wanted to discover how close it could mimic the experience of having to maintain a YouTube channel and create content for it, while maneuvering through the potholes that attempt to impede your progress in the form of real-life events.

YouTubers Life: OMG Edition operates in a similar fashion to games like The Sims, albeit in a more condensed and simplified manner and specifically geared to reflect the daily tropes of a YouTube content creator.  It is this simplicity that at first is welcomed, but ultimately hurts the replayability of the title.

The game has all the recipes needed to make the experience a faithful one. You start out choosing what type of channel you want to create, then attempt to find a balance between your YouTube habits, social life, and education and it is this maneuvering and balancing that keeps you engaged throughout the duration of your gaming experience. (For the purposes of this review, I decided to go with the Gaming channel (for obvious reasons), but you also have two additional options in the form of Music and Cooking.)

Before you can decide on what type of channel to start, you go through the character creation process which allows you to select between options like gender, hair, hat, pant, shoes, and glasses (among others). Then it transfers you to the ‘Personality’ portion where you have options like Superstar, Loaded, Sociable, Genius, Party animal, and Romantic. (Superstar, for example, is described as “You are a master of viral videos and your only ambition is to make more and more. Every view or subscriber counts!”) Also, people can offer you money in return for doing a gaming video for them.

What do you want to talk about on your Channel? To give you a quick rundown of the usual setup and steps during the initial portion of the game based on my experience with it: You start at your mother’s house and decide that you want to create a YouTube channel dedicated to gaming. The subscriber count is displayed (starts at ‘0’…duh!) which helps motivate you (excessively in my case) to dive in completely on video-making.

Because I put more emphasis on my virtual career rather than my studies, I effectively aggravated my mother to the point that I had my PC confiscated for two straight days. This, in turn, ended up hurting my channel as it seems that subscribers don’t like it when you stop posting videos and a good portion of them unsubscribed. I was able to gain them back in no time but made sure not to neglect my studies next time as my mother meant serious business when she warned me about not having my priorities straight.

“You’ve studies almost nothing this week. I hope next week is better!”

Once your “YouTubing” becomes a serious business and you start raking in some cash, it allows you to be able to afford a move away from your mother’s basement (not really a basement but I wanted to say it anyway) and get your own place. This affords you the liberty of not having someone looking over your shoulder (I love you mom!) and enjoy additional liberties.

Studying and working is a matter of selection and portrayed by having your character walking out the door and back in. It doesn’t really have you perform your actions, and for the most part the only thing you see is a clock ticking away that tells you how many hours you were away.

Socializing and establishing relationships is a big part of the game and a very important one in order to continue to grow and evolve as a YouTuber. These relationships can also lead to collaborations and having people even perform some of the work for you! (neat, isn’t it?) You can even establish intimate relationships in the game, although some of you will be disappointed that it isn’t something that materializes on your playthrough (not even showing some blurred skin like ‘The Sims’ games).

Pimping yourself to new clothes and specific outfits is pretty cool, especially since you get to wear them on your videos and help give the illusion that your character does shower and showering is very important kids. Never forget it!

Bedsheets are related to the type of career you have chosen.

The game pays homage to real-life devices and social networks in sometimes neat and funny ways. For example, Honey PeeEsPee (Sony PSP), Mantendo D-ESS (Nintendo DS), Honey PlayStudios 2 (Sony PlayStation 2), NicoSoft zBox (Microsoft Xbox), and Hal PC (PC MasterRace!) are used in reference to the home consoles that you use to play your games, while Pipper is an obvious play on Twitter.

It also features online marks from where you can obtain those devices. Console purchases are made at “AllConsoles” while you can make buy PC components like CPU, Keyboard, Monitor, Mouse, Webcam, Microphones, headphones, editing software, and cell phones from the “PC World & Tech” online store.

Amazing On (this one is a little bit cheesy) has video game software for both PC and consoles like the Mario-inspired game ‘Allied Dog’, Idea can fulfill your furniture and decorative needs, and Superfood to satisfy your empty belly. You can also buy food directly by accessing the mini-fridge next to your bed (talk about convenience!) as well as buying it from the house fridge.

At this point the game becomes a matter of recording and editing your videos, watching which games are popular and which aren’t, and produce your content based on those that have a larger chance of becoming popular and earning you a higher subscriber count.  Then continue to upgrade, rinse and repeat.  It is at this point that I started to have less fun with it, and what had started as a very promising experience quickly cratered to a bottomless pit.

Once you have reached your goal of getting a new smartphone, publishing your social network content, and reaching 30,000 subscribers you will be able to get a new loft that includes: 2 times the internet speed, another workspace, and it doesn’t have a roommate there to take up some of the freedom.

Perhaps I was expecting too much from the game (or the obvious and somewhat unfair comparisons to The Sims), but I still felt like the game should have had much more to offer. It could also be the limited capacity on how the interactions or actions (working, studying, etc) is portrayed that quickly took me away from the experience itself, or it could have also been aided with what I feel are things that are inexcusable on the Nintendo Switch version.

For a game that isn’t as graphically demanding, YouTubers Life: OMG Edition looks a little rough around the edges, especially when compared to its PS4 and Xbox One counterparts. Yes, it is expected that the Nintendo Switch version of the game won’t pack as hard a punch as those two heavyweights, but the already lightweight graphical touch should have properly translated to Nintendo’s hybrid console. Also, for those curious, it does lack touch-screen support, but video capture and cloud saving are supported.

To make matters worse, the game suffers from a steady stream of stuttering and freezing, making the experience less memorable. YouTubers Life: OMG Edition also managed to crash on me, but thankfully it happened during the beginning of the game, so I only had to worry about restarting it again.

I really wanted to love this game with both the premise and initial setup hooking me in, but the freshness quickly wore off. I believe that YouTubers life has enormous potential, especially with the already gigantic (and growing) YouTube crowd and people like myself fighting to grab a small piece of the pie, but it isn’t quite there yet. Hopefully U-Play Online will continue to nurture and develop this series as it is just a couple of steps away from greatness.