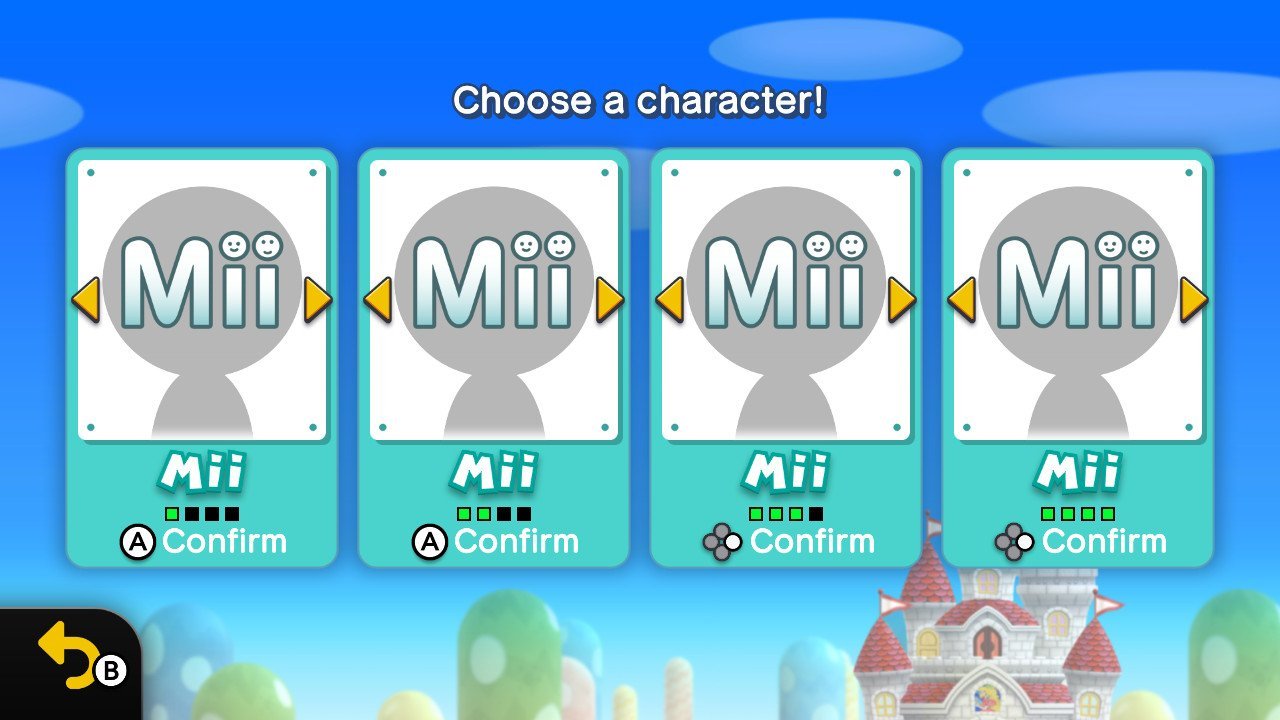 Just like it’s Wii U counterpart, players will have the chance to play as themselves in the game, but you will be limited to just what exactly you can do with them. You see, although they can’t be used in the main campaigns (New Super Mario Bros. U & New Super Luigi U,) you can however, use them for the game’s various other modes.

Whether you’re doing Challenge mode, Boost Rush or even Coin Battle, Miis are an optional character that plays just like Mario and they have not been expanded upon in this deluxe port. In other words, if you checked out the Wii U release, you might remember the four costumes you could play them in and not only are those costumes present, but no additional outfits have been added, so if you were hoping to do some dress-up with your Miis, it’s not going to happen in this game.

Still, just because you can’t make a Mii dress up as Peachette, it doesn’t mean they’re not worth playing any less and so, here’s a quick list on what you can do with them, for the sake of clarity:

As always, we hope you found this guide helpful. More Mario guides can be found here!