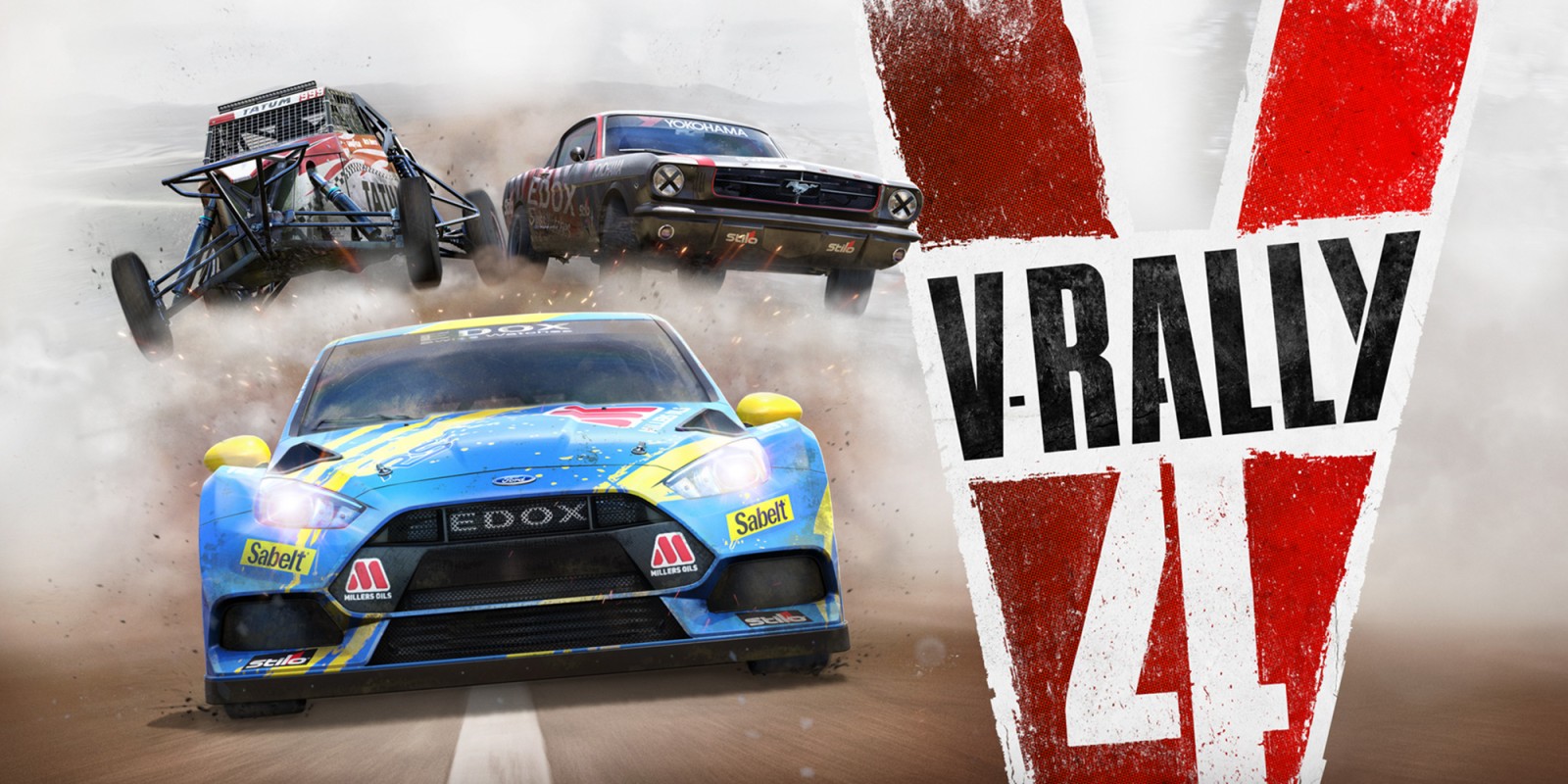 The name ‘V-Rally’ is a name I haven’t heard in a long time, a long time. I remember when V-Rally 1 and 2 were a big deal, alongside Colin McRae and TOCA Touring Rally from the PlayStation days around 1998, realising the graphics were at a point where a rally game could be finally made. With this, V-Rally 4 was a natural review for me, as I’ve played through 1 and 2, and only touched on 3.

Alongside spending many weekends on the Colin McRae series, but first, here’s a little history. The original game was released back in 1997 by a team called Eden Studios, later sold by Infogrames where they wanted to fill a niche in rally racing games that were few and far between at time.

It spurned into a successful release for the company, being favourably compared to Sega Rally at the time and by November 1998, selling over two million copies. The sequel, V-Rally 2, was the game I really enjoyed from the series. I had recently completed Colin McRae Rally so I wanted something else to quench a thirst I’d received from that game, and this didn’t disappoint.

The controls weren’t stiff, it was fast and gave an arcade-feel, you wanted to keep going and unlock more cars. By the time V-Rally 3 appeared on the PlayStation 2 and GameCube, Burnout 2 and its ‘boost’ feature kept my attention during that time, so I lost touch with the franchise. So when I saw a fourth entry was announced, I was surprised to see it, let alone a release on Switch.

It also seems as though it’s made by a totally different team. So could this be a game made by fans of the series from long ago, similar to Sonic Mania? Well, not really. This time the fourth entry is developed by French developer Kylotonn, recently acquired by BigBen Interactive. You have a selection of a few modes you can familiarise yourself with, such as V-Rally Mode, Quick Game and Multiplayer.

You begin the career mode with a narrator, where you can begin your driving career and select which car you’d like to use during said career, alongside racing on a variety of different tracks. Sometimes, it will be against 7 other CPU drivers, or against the clock to get to the end of the track in the fastest time.

Oddly enough, through the many different cars and the tracks you drive around in, from Japan to Bolivia, Africa and many more, it’s driving the buggy in certain tracks which really make the game worth playing. It reminds me of Motorstorm, a PlayStation game from long ago, and it was great fun, especially jumping over small ramps and hills, and the HD Rumble adding to this.

However, when driving, the handling matters a great deal. Using almost every vehicle in the game, it reminded me of ‘Daytona USA’ from the Sega Saturn days. Very, very stiff, and I had thought it was because of the car I had as a starter model in Career mode.

As I improved the statistics on the car though, I was disappointed that it still felt like I was controlling a brick wall with wheels. Especially when I’d press A to use the handbrake, it would still crash into a barrier and it would take an age to build up the speed again to catch up with the AI cars.

Something to note here which made me repeatedly exhale in frustration that I’ve encountered in every mode; the loading screens. Once you pick a track and your car, you have to wait for the game to load up the track, which in turn greys-out the ‘Start Race’ option until it loads. Once it loads, you then press ‘Start Race’.

This may not seem like much now, but when you just want to race and think its loading, and you’re needed to press an extra button to start the race, it’s annoying. This can also be a damper when you’re trying out different cars and terrain tracks, but eventually, you have no choice but to get used to it.

I’ve also found that the vibration when in handheld mode is so high to the point that I feel like the joy-cons are going to fall off at any moment. It’s even off-putting so I find myself looking at the controllers rather than what’s occurring on the Switch as I’m starting a race. The graphics are okay, both in handheld and docked modes. Yet I kept noticing a lot of random pop-up when driving.

Shadows of trees for example, would only appear once you’re driving directly under a tree, which didn’t make the best of impressions while racing away. The multiplayer is okay, but it’s only split-screen. Now, I like nostalgia, but having only one option to play with someone else, and not with a friend online, is a bit of a step too far for me. The frustrating aspects here all add up to a confusing game, which feels rushed as if they were locked in to a fall 2018 release and that was it.

Overall, V-Rally 4 is a disappointment. Think of it like Indiana Jones & the Kingdom of the Crystal Skull. There are remnants of the old days there, but overall it’s a disappointment to what could have been a great sequel.