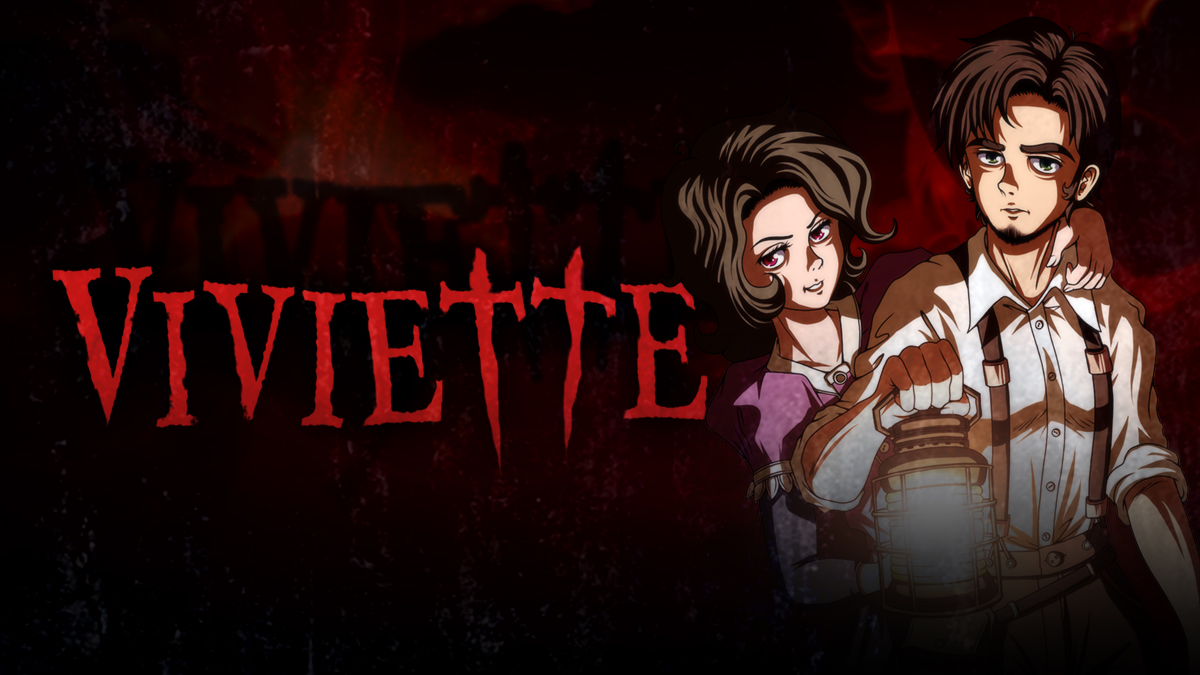 Back in March of this year, Nintendo put out a Nintendo Direct that heavily focused on Indie games and then ended with the mic-drop of the year that was the announcement for Super Smash Bros. Ultimate.

During said video, they revealed that Undertale was coming to the console, and a bit more quietly afterwards they announced support for games made using the Game Maker engine. Which leads us to our subject today, which is Viviette- an atmospheric horror adventure game made using the aforementioned engine. Earlier released this year on Steam, Viviette has seen a few patches and updates which have made the Switch version a more of a smoother experience for everyone.

To start off Viviette, we begin our journey at the end of our journey. Protagonist Jules Fosset comes to in a local hospital and is then told by a nurse that she’s happy you have recovered, but she will leave it up to the doctor to disclose your condition.

When we get to the beginning of Jules’ story, most of the party is disappointed with the results of this exploration, and have decided that it is time to depart. Jules’ sister, Felice, feels something and needs to go back in to explore just a little more. Jules goes into check on her, and an accident occurs that renders him unconscious.

When he comes to a few hours later, it has grown dark, and so he remembers that there is a lantern in the boat. He goes out to the boat, and can’t find any of his party members. After grabbing the lamp, you make your way back inside to look for Felice, and soon find her, but also discover that she’s been possessed, and you must run away from her so she doesn’t stab you.

This will be the only real conflict for the rest of the game, and it does a great job in creating tension…at first. Felice wanders randomly about the house, and if she catches you, you must mash buttons to push her off, at which point you can run and hide. It’s easiest to hide from her by turning off your lantern (which you can do by pressing the Y button), and remaining still.

It sometimes takes way too long for her to leave the room that you’re in completely, so it’s advisable for you to make your way around her in the dark and then run a few rooms away to continue on your journey. This is actually nearly impossible in handheld mode, as the screen is just too dark, at least for my eyes.

However, when playing in docked mode, I ended up just playing through as much of the game as possible with the lantern off because it was just less likely to attract Felice’s attention. Her wandering around begins to be an annoyance after the first couple of encounters because Viviette requires a lot of backtracking.

Viviette does an excellent job setting a creepy atmosphere with its setting of decrepit mansion littered with bloodstains and broken dolls, sound effects that will be familiar to horror fans, and a soundtrack that pulls from the best clichés of the horror spectrum. That soundtrack gets to be a bit repetitive after a while, and it’s hard to play with the sound off because that’s your best clue that Felice is nearby.

Viviette also has infrequent save points, and a few jump scares to keep you on edge…but it is more Maniac Mansion and less Resident Evil. There are even some great journal entries and lost letters found around the house that tell the backstory in a satisfying way, but the bulk of the gameplay is collecting every item that you run across because it’ll probably have a use later. Then, you have to pay attention to specific details of anything that you interact with on a deeper level than a cursory glance, because it is almost assuredly a hint to some future puzzle.

Unfortunately for Viviette, most of these puzzles aren’t intuitive in the least, and many are just plain frustrating. How frustrating? Well, some of them are randomized everytime you look at the clue, so if you don’t take note of the sequence or the positioning the first time, it will change when you go back to look a second time. How did I know that? Well, I got stuck on one particular puzzle that required the use of a guide, which helpfully explained that I needed to do exactly that- look at the clue again and write it down so that the solution would be freshly reset.

Thankfully, Viviette isn’t a difficult game. If you get stuck, you just need to backtrack again until you find the room that you missed or the clue that you misremembered. Maybe you just need to try an item in a new location that wasn’t quite obvious the first time around.

It just grows to be very tedious when there is no map in game and you just have to remember where to go, or where you haven’t been. Meanwhile, of course, we have possessed Felice skulking the halls trying to get you as you make your way back around the mansion, again. Viviette also provides you with three possible endings, and you need a guide to get the good ending.

You can explore every nook and cranny, check every shadow, open every door, and then find out later on that you missed out on one thing a few hours ago that you no longer have access to. You can still continue on to end the game, but you’ll have to restart. Thankfully, Viviette does have a little bit of replay value because of these different endings, and it’s a pretty short game, obviously getting shorter with each subsequent playthrough due to not needing to wander around aimlessly to find where everything is.

If you really need a horror fix, Viviette isn’t to be completely overlooked- particularly if you’re looking for a 16-bit style game that really works within its limitations. While the initial jump scares provided by Felice’s appearance wear thin quickly, the creepy imagery and ominous soundtrack keep up the tension, and there are a few other unexpected scares hidden throughout the game. Viviette has some shortcomings, but it is worth a playthrough or two if you miss out on the good ending the first time around.