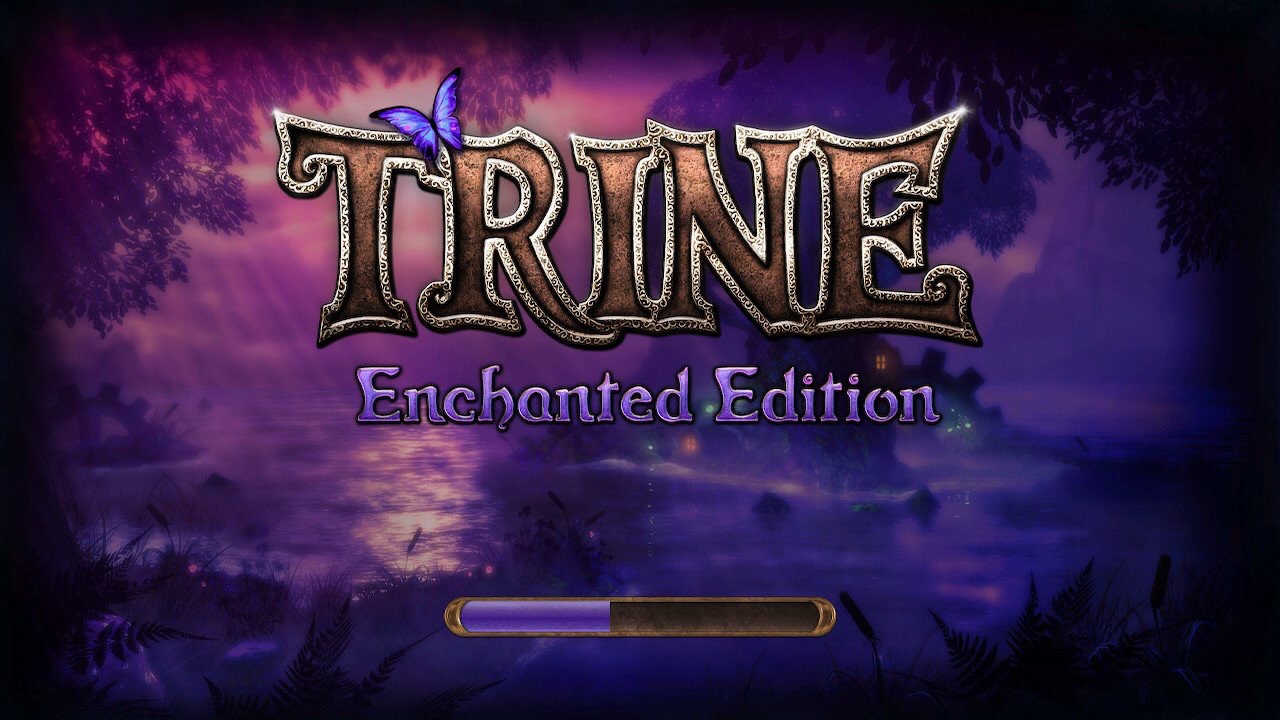 Trine: Enchanted Edition is a remake of the original Trine (Released in 2009) and the game is running on the engine used for Trine 2. In Trine, you play as three characters, A Thief, The Knight and The Wizard.

The characters touched the magical orb at the same time which caused them to be interconnected together and started the trine effect. In order for them to break the Trine effect, they have to travel to save the forsaken kingdom from the darkness that was caused after the king died. In the game, they are up to 15 levels in the game. All of them are platformers. Each level has at least one boss battle.

Throughout the levels, you can collect experience which will help boost the abilities of each character. Those characters can be switched out across all levels, which is something you’ll want to take advantage of since each has a set of abilities that can help you out on each level. For example, the wizard can create objects like boxes, bridges, floating objects, and can move objects around. Also the game has various types of enemies you will run into, skeletons who attack you with swords, spiders that attack you with poisonous venom from the web.

The Thief can grapple on to wooden objects to get around challenging areas in the levels and can use a bow and arrow to fight enemies and the Knight? Well, he has two abilities which are using his sword and hammer to defeat enemies and break down walls on difficult levels and also he can use his shield to move throw items.

As far as upgrading the ability of each character, you will have to collect experience, which can be collected throughout the level and once you have acquired 50 EXP points, you can upgrade each characters abilities. An example of this is when the Thief’s abilities are upgraded, she gets an additional set of arrows preferable fire arrows that help with burning down wooden objects whereas the Wizard’s ability when upgraded, allows him to make additional object instead of being able to make three objects (boxes, platforms, floating platforms).

On later levels, the ability can be upgraded even further so he can create five objects as once. In the game, the controls are very comfortable and not too hard to use for example when using some of the characters abilities like the wizard for example, in order to use his movement of objects ability. You would hold ZL and use the left Joy-Con analog stick to move the objects around and hold ZL and make a box shape to form the box object or draw a line to make the platform to use for getting across challenging areas. Also, simple actions like jumping with X are easy to use.

Overall, the controls are very good and comfortable to use. The music and graphics in this game, are beyond good gave me good vibes and spooky ones too. The music in each level just makes the level better because of the beautiful scenery and sound effects in the background make playing the game more immersive.

The graphics in this game are pretty high quality for an original remake of a game that back then, had a low quality resolution. Rendering is quite impressive for an platformer that has a lot going on with high contrast hues of colors and movement from objects and enemies. As for the voice acting from each character in the game, are pretty entertaining to see at the beginning of each level you would hear a character talk about something pertaining to the story-line.

Overall, I enjoyed Trine: Enchanted Edition, I felt this may be the first time I ever felt so deep into a platformers game that wasn’t something first party from Nintendo. The general story is amazing everything came together well with the loading screens in between with the narrator talking about what’s going to go on next in the level to the boss battles being challenging, fun and scary at the same time, character abilities, strategic use of knowing how to get across platforms and finding other ways around, controls were easy to use, graphics were beautiful and immersive and more.

Although, I did have some issues with my game corrupting but I think that was just my Nintendo Switch not my actual console, but I truly enjoyed Trine for what it truly was and I recommend anyone who hasn’t played or heard of Trine before to go pick it up in the Nintendo eShop.