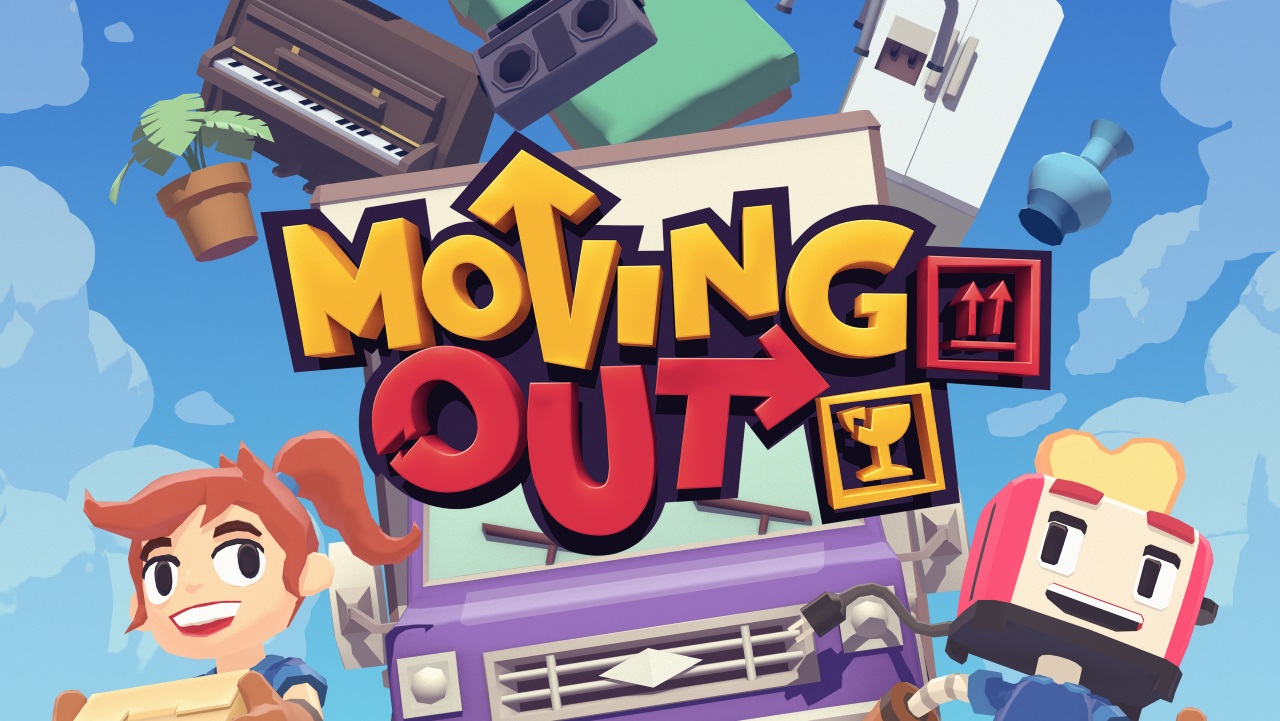 With games like Overcooked showing how chaotically fun cooking in moving lorries can be, SMG Studio aims to take that concept and mix it up with furniture delivery. Their upcoming Game Moving Out is a co-op moving simulator (their words) that tasks players with moving copius amounts of furniture, boxes and even the odd Giraffe from one destination to another. You must also avoid obstacles whilst keeping within the time limit as your clients appreciate speedy deliveries.

If this sounds like your kind of game, you can find out more in the Press Release below.

Moving Out Scheduled for Q2 2019 Delivery on PC, Consoles

SYDNEY, NSW – Dec. 10, 2018 – Moving Out, the chaotic ‘80s-themed co-op moving simulator from SMG Studio, has booked a Q2 2019 delivery for the latest home-entertainment platforms.
It’s orientation day at the Smooth Move company. To become certified Furniture Arrangement & Relocation Technician (F.A.R.T), employees need to pop the training tape into the VCR and take in the dos and don’ts of moving furniture. Guided by narrator Mick “RicePirate” Lauer, players will learn the ropes in a series of increasingly precarious and fantastical instructional lessons. These span everything from unloading cargo off moving planes to smuggling giraffes out of the zoo and transporting goods to strange locales like haunted houses and outer space.

No matter what the job entails, customers appreciate prompt delivery. So, whether on a heist or doing a repo job, load as much into the truck as possible before zooming off to the next gig. How freight gets from one place to another is entirely up to players, though, so toss the manual out the window and get creative. Break down the walls, throw things, and use technology like portals and ray guns across more than 50 levels. Anything goes, as long as the work gets done!
Enjoy the game solo as an independent contractor or team up with a friend or loved one. Moving Out features both local and online play across its arcade, story, and versus modes. Each level also adjusts the experience dynamically to account for the number of players on screen, thereby welcoming Smooth Move employees of all ages and skill levels.
“Moving Out offers a wonderfully weird take on the world of movers,” said Ash Ringrose, founder, SMG Studio. “We’re creating a wacky, irreverent co-op experience that allows players to tackle problems how they see fit in a lighthearted sandbox. Expect a dash of dark humor also!”
Moving Out is currently in development as the premiere title from SMG’s Melbourne studio and is made in collaboration with Stockholm-based developer Devm Games.