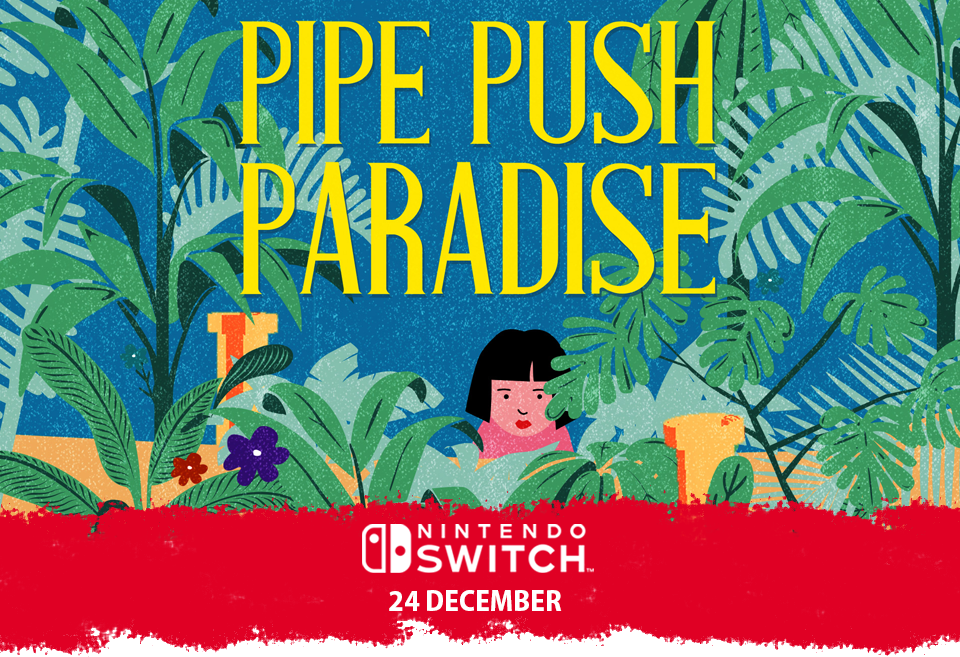 Forget Super Mario and his brother Luigi for a moment, If you are looking for a game that actually focuses on plumbing then Indie Game publisher Digerati have you covered. The challenging puzzle game Pipe Push Paradise will be coming to the Nintendo Switch just in time for Christmas on December 24th.

If you would like to know more about the game, we have included the Press Release for Pipe Push Paradise below.

Plumb in the sun from 24 December

IndieGames notes that the game’s “colorful aesthetic belies a fiendishly tricky design”, while PC Gamer describes it as a “Stephen’s Sausage Roll-like” with levels that often provide either a “infuriating problem to counter” or “an elegant solution” to uncover.

About the game
Pipe Push Paradise is a challenging, plumbing-based puzzle game. You’ve arrived on a lonely island faced with a hero’s calling. Rise to the occasion (push pipes around) and restore this paradise to its former glory.