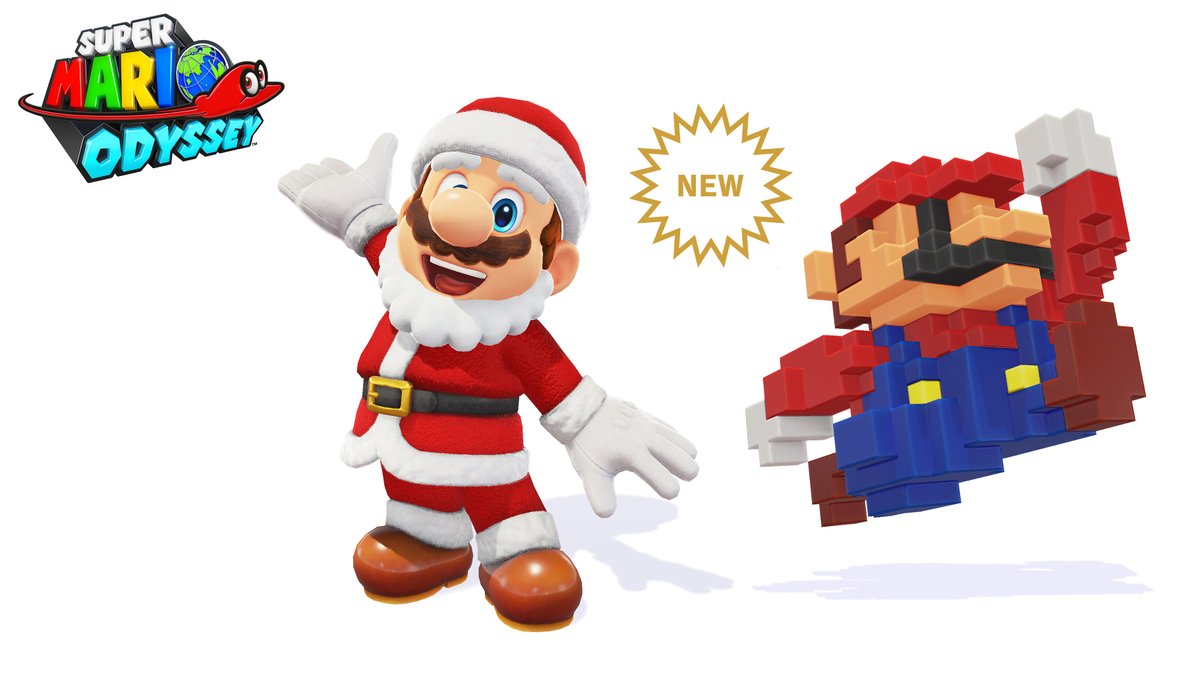 We knew they were coming eventually but it looks like Nintendo couldn’t wait another week or two to drop the Santa Mario outfit into Super Mario Odyssey. It isn’t the only addition either. The 8-bit Mario Cap has also been added too. Nintendo America announced the news via a Tweet on the @NintendoAmerica Twitter account.

New special outfits have been added to #SuperMarioOdyssey! After you’ve finished the main story, check out the shop to find the Santa Hat & Santa Outfit and 8-Bit Mario Cap. pic.twitter.com/8fXDcCrhfZ

To celebrate the upcoming festive season, you can purchase The Santa Mario Outfit for 1,000 coins and the Santa Mario Hat for 500 coins. The 8-Bit Mario Cap however, is very pricy and will cost you all of your savings as it is priced at 9,999 coins. The price we pay for Nostalgia, eh?