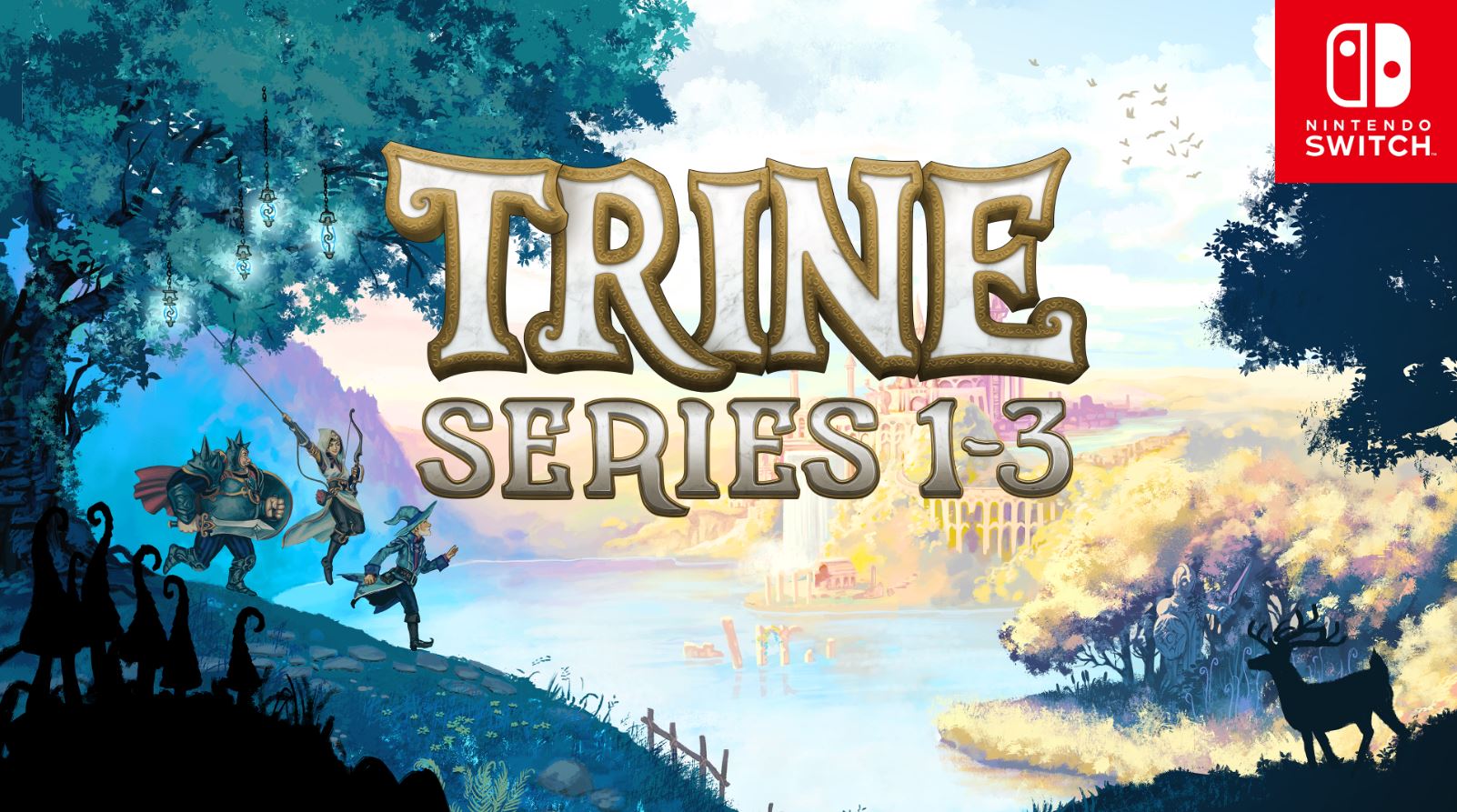 In case you missed the news, Trine 4 isn’t the only Trine game that will be living the portable life on Switch, as Frozenbyte took the time last week to reveal all three released games are in the process of being ported, with the very first game out now.

So, as we wait for Trine 2 and Trine 3 to make their Nintendo Switch debut next year, this week we had the chance to talk to Frozenbyte’s Kai Tuovinen regarding the decision to bring the entirety of Trine to Switch. We also discussed a few other things, such as the success of Has-Been Heroes and you can see it all, right here:

In typical interview fashion, would you be so kind as to introduce yourself to our readers, tell us a bit about yourself and your involvement with the Trine series of games?

Kai Tuovinen: Hi my name is Kai – I’m the marketing manager at Frozenbyte and I’ve been here for a bit more than 6 years. My role has been centred on promotions/marketing/PR and the business side of the Trine games. I actually joined the company around the time Wii U launched so it’s a return to all things Nintendo with the Switch now!

Trine Games in a Nutshell:

Miketendo64: For our readers who don’t follow the series, would you mind explaining what are the Trine games about and what kind of games are they?

Kai Tuovinen: In the Trine games, you’ll witness some of the most beautiful and colorful sceneries in gaming, while following a fairy-tale-style story with a trio of Heroes –  a Knight, A thief and a Wizard, who’ve been granted unique special powers by the magical artefact known as Trine.

The gameplay is a mixture of puzzles, platforming and action, with a lot of physics-based craziness and room for player inventiveness.

Miketendo64: Having revealed Trine 1, 2 and 3 are all coming to the Nintendo Switch, with Trine: Enhanced Edition out now, what prompted the decision to port the entire series?

Kai Tuovinen: We’ve been interested in Nintendo Switch ever since it was announced and it’s proven to be a great console. Since we’re also doing Trine 4, we wanted to have the entire series playable on the same platform, that’s why we wanted to port 1-3 prior to that.

Miketendo64: What does it mean to you, to have all 3 Trine games on Switch?

Kai Tuovinen: It means a lot – we’ve had many requests from fans of the series for a Switch version and I think it’s good to give people the opportunity to play all the games on the same platform. The original Trine is already 10 years old so we’re very humbled by the support and love we’re getting.

Trine 2 and 3 will not have any new features just for Switch:

Miketendo64: Only, although they’re in development to be ported, Trine 2 and 3 aren’t currently on Switch. Are you looking to do anything particular to enhance them, or will they be just a general port?

Kai Tuovinen: We’re doing ports that have all the features of the latest PC versions, and making sure they’re the best possible. Not planning any new features though.

Trine 4 is unaffected by the ports:

Miketendo64: Talking of ports, although we won’t be asking questions about Trine 4 today, are these ports affecting its development at all, in the sense of taking manpower away from it? Or are the ports just something on the side?

Kai Tuovinen: We’re partnering with Blitworks on the ports, so our development team gets to focus on Trine 4 fully.

The Beauty of Trine:

Miketendo64: Being as though Trine is a series of games, soon to consist of 4 instalments, what is it about Trine that you guys are so excited about? What do you love about it?

Kai Tuovinen: When working on the Trine games we’ve always had a chance to unleash our full creativity. Our art team loves to work on the visuals, as they get to play with colors, shapes and really bring that fantasy world to life. For designers, it’s really fun to build puzzles and shape the gameplay to allow players to come up with solutions we couldn’t imagine ourselves.

Many tiny details go into the Trine games and we’ve loved working on them and creating these stories for players to experience.

No Sequels for Has-Been Heroes and Nine Parchments just yet:

Miketendo64: Since you guys are no strangers to Switch, what with Has-Been Heroes and Nine Parchments both being available on the platform, how have you found their success on the platform? Enough to consider doing an eventual sequel to one, if not both of those titles?

Kai Tuovinen: Both Has-Been Heroes and Nine Parchments have done really well on Switch. We don’t have plans for sequels right now as we’re quite busy with several ongoing projects.

No pressing plans to port Shadwen, Splot and both Shadowgrounds games:

Miketendo64: Depending on how well the Trine games do, would you consider porting any of your other games such as Shadwen, Splot and the two Shadowgrounds games?

Kai Tuovinen: I think those would be too difficult to port due to the age of the engine versions used, (well maybe not Shadwen) and there probably wouldn’t be much demand for them so we haven’t really considered it.

Miketendo64: All 3 currently released Trine games, have been composed Ari Pulkkinen. What is it like working with Ari and to be able to keep having him come back to the series?

Miketendo64: After 17 years in the industry and soon to close in on 20, how is Frozenbyte enjoying the Gamer Revolution and playing a role within it?

Kai Tuovinen: If by Gamer Revolution you mean that games have become more mainstream, then we’re very happy to be a part of making it more acceptable for people to express their enthusiasm and love for gaming as a hobby. I hope we’ve connected people with similar interests.

Miketendo64: If you could have any video game character make a cameo in the Trine series, who would it be and why?

Kai Tuovinen: You know I spent the most time on this question out of all of them and I still couldn’t come up with a decision.

More Spin-offs is a Maybe:

Miketendo64: Would you ever consider making another spin-off game set in the world you have created for Trine?

Kai Tuovinen: We’ve already made a spin-off – Nine Parchments was set in the Trine world! But….you never know, there might be more ideas in the future, however for now, we’re focusing on Trine 1-4.

Miketendo64: If Nintendo gave you the option to have your characters in Super Smash Bros Ultimate, as a Spirit or an Assist Trophy, who would you have chosen and why?

Miketendo64: Will all Trine games support photo and video capture on the Switch since those are features that the developer themselves must enable?

Miketendo64: Will the Trine Series support Local and Local Wireless multiplayer on Switch?

Miketendo64: Last but not least, is there anything you would like to say to our readers and those you feel will enjoy the entire Trine Series?

Kai Tuovinen: Thanks for the interesting questions! We hope to share more news about Trine in the near future so stay tuned.

The Miketendo64 team would like to extend our personal thanks and gratitude to Kai Tuovinen, for finding the time to answer our many questions. We can’t wait to get stuck into all three games on Switch and share our review of the first game, in the coming days.