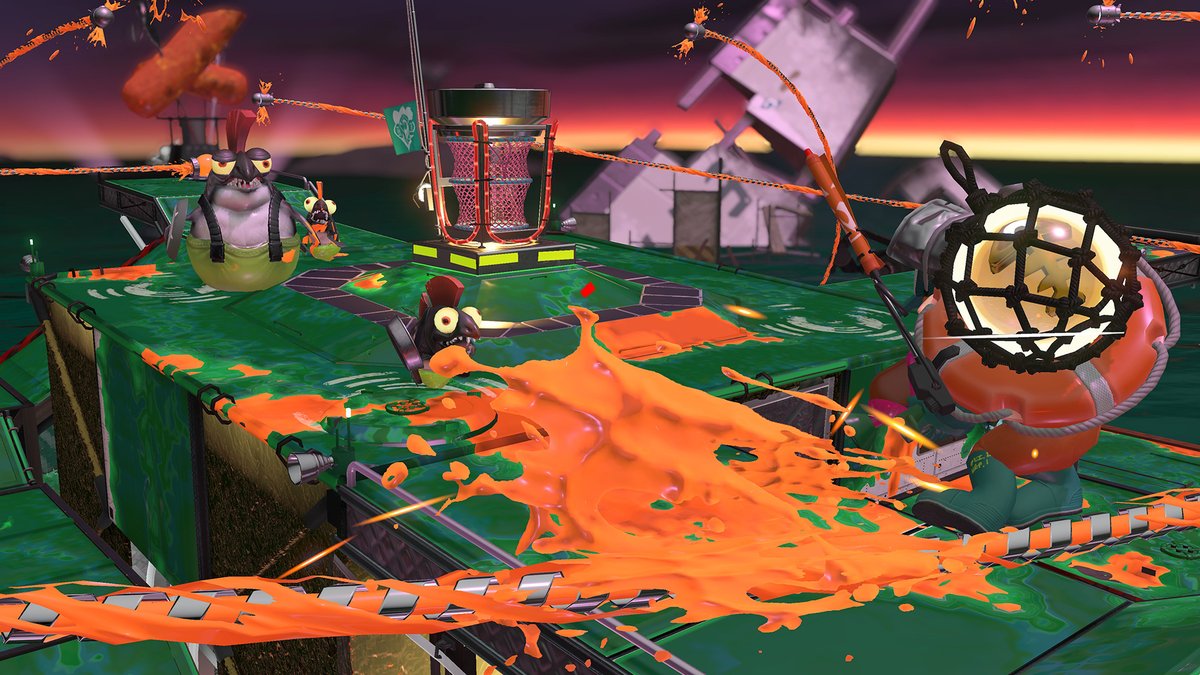 If you were aiming to get one more month out of Splatoon 2 before completely giving yourselves over to Super Smash Bros. Ultimate next month, you’re in luck. Not only has the Version 4.2.0 update for November 7 in Europe and Japan (quite possibly November 6 for North America,) but it comes packing goodies!

First up, there will be four more weapons, all from the Tony Kensa Collection and those weapons are:

The Nozzlenose is said to come with the Splash Wall as its sub weapon with the Ultra Stamp as its special. The Octobrush features the Suction Bomb and Ultra Stamp, whereas the Undercover Brella has Torpedo and Ink Armour and the Splattershot Jr. has the Torpedo the Bubble Blower.

Talking of the Torpedo and the Ultra Stamp, they are a new sub weapon and special, which have been previously teased on Twitter and can be seen here:

Last but not least, a new map for Salmon Run has also been revealed. Named “The Ruins of Ark Polaris.” The new map can be seen pictured below:

All of the above content is said to be available once next week’s update is available for downloading. As soon as the patch notes are posted, we’ll be sure to create a separate post for them. Until then, any of the particular weapons/location take your fancy? Let us know!