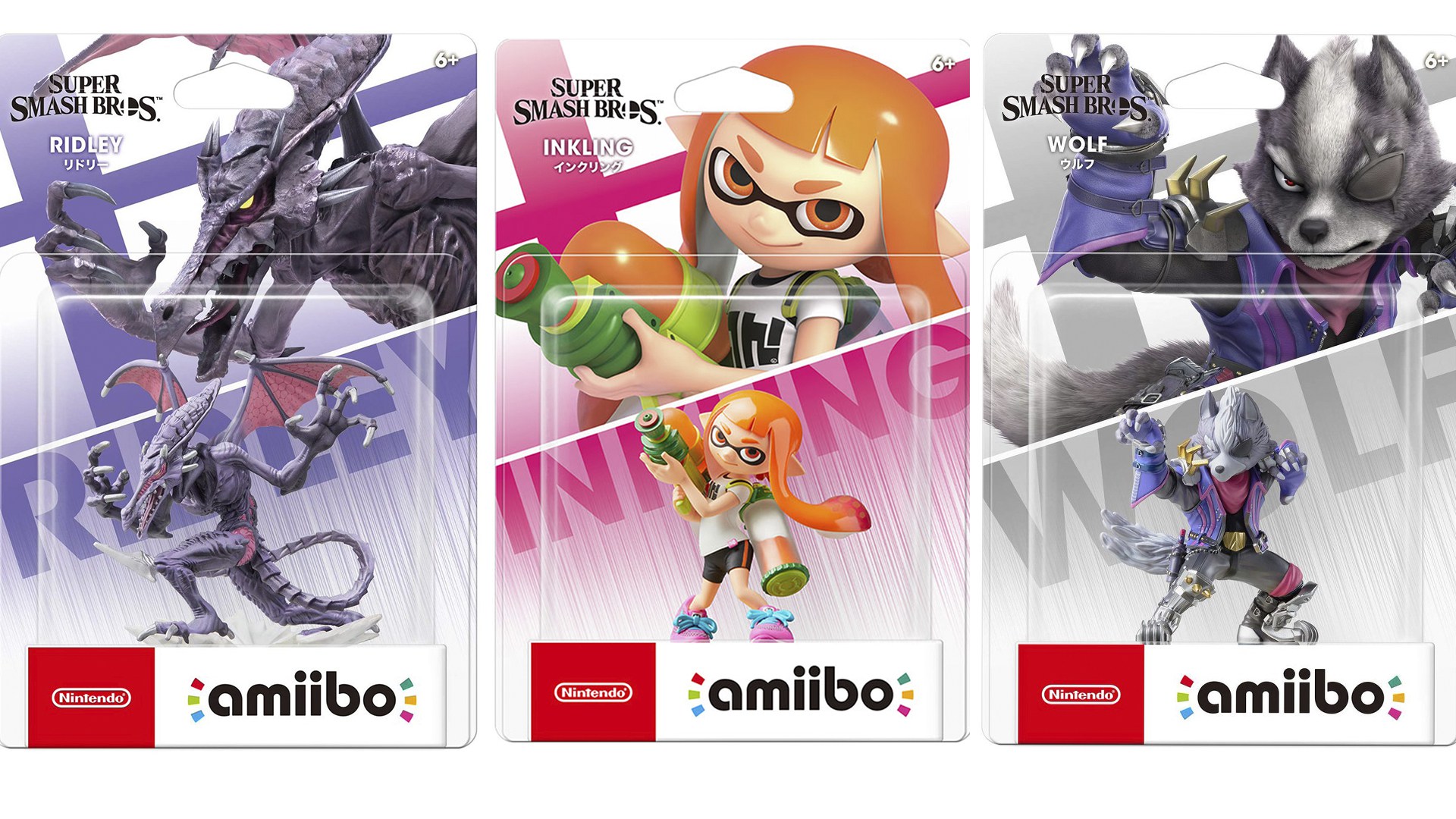 As we continue our run through of things that have been said during Nintendo’s recent financial results briefing, there is one particular tidbit that has our scratching our chins with intrigue.

Whilst talking about amiibo and the fact that amiibo has approximately sold around 50 million units worldwide, there is a particular comment made by Nintendo President Shuntaro Furukawa, which you can see here:

“On the same day that the new Super Smash Bros. Ultimate is released, we will also begin to sell three new amiibo of characters who are appearing in the game as fighters for the first time.”

Alongside this comment, is a picture of the Inkling Girl, Ridley and Wolf amiibo we have known about since E3. They might not be new in the common sense since we’ve known about them for ages, but they are not actually available to the public yet, which means, although we already know the likes of King K. Rool and Simon Belmont are to get an amiibo of their own, it just won’t be at launch day.

It could be a case of them being released a few months later, as part of a new wave and hopefully it is a case of a few months and not what felt like an eternity, when we had to wait for the Bayonetta, Cloud and Corrin amiibo.

As for why we’re chalking this one up as a rumour, (only 3 new amiibo releasing in December for Smash,) despite the fact that the President of Nintendo is saying it, is because this could turn out to be a red herring, as tomorrow’s direct not only reveals what the other new amiibo look like, but suddenly has them also releasing December 7. (We’re not declaring this will happen, but in a world where anything is possible, this is a possibility we must entertain in the meantime.)

Should it turn out to be true that there are only 3 amiibo coming this year, would this decision disappoint you, as you’d rather get the Smash Isabelle amiibo sooner, or would you be happy with this turnout? Let us know!