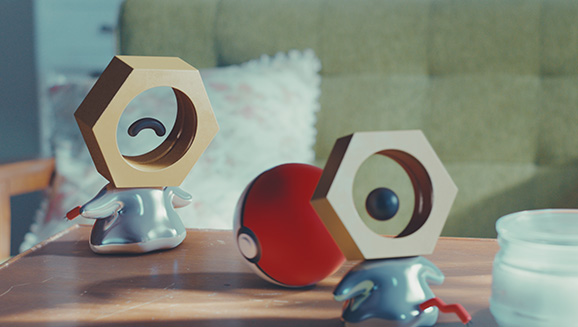 Having officially revealed Meltan in September and wet our appetites, in the month of October, The Pokémon Company has chosen to blow the lid wide open and reveal how to catch the mythical Meltan and we’re dedicating this guide to exactly that:

Now, once a Mystery Box opens in Pokémon GO, Meltan will appear, but only to the player who has opened the Mystery Box. That player will then have around 30 minutes to catch as many Meltan as they can. They can attempt this by pressing on a Metlan in the wild, whilst playing the app, and attempt to catch it with a Poké Ball before moving on to the next one.

Once a box has been used though, it will then close itself and players will need to wait an undisclosed amount of time before they can transfer another Pokemon and the Mystery Box can be opened again. By transferring Meltan to the Let’s Go games, players can then do what they want with the Pokémon, including having Meltan follow their trainer around.

Albeit the app is free to download though, not everyone has or plays Pokémon GO, so if you’re worried you will need to create an account to get Meltan, we’ve got some good news for you, you don’t. As long as you have a really good friend who does have Pokémon GO, they can send you a Meltan they have caught.

In the event the above information is not clear enough on how to catch Meltan, here’s a simplified list of steps:

*At this moment in time, Meltan can not be captured.

Additionally, coming this Winter, there will be new Special Research quests in Pokémon GO dedicated to Meltan, with more information provided at a later date. In association with all the Meltan capture details, two videos were uploaded, which you can see here:

But, if after all of the above, you still need some more Meltan information, then here is the final piece of details we currently possess:

A new species of Pokémon—one that nobody has ever seen before—has been discovered! This Pokémon is called Meltan, and as of now, it is quite the enigma.

Most of Meltan’s body is made from liquid metal, and its shape is very fluid. It can use its liquid arms and legs to corrode metal and absorb it into its own body.

Meltan generates electricity using the metal it absorbs from outside sources. It uses this electricity as an energy source and also as an attack that can be fired from its eye.

Clearly a curious Pokémon, Meltan is very expressive and shows an interest in all kinds of things.

As always, we hope you found this guide helpful and should any new information comes to light that requires us to update the guide, we will do so without hesitation.