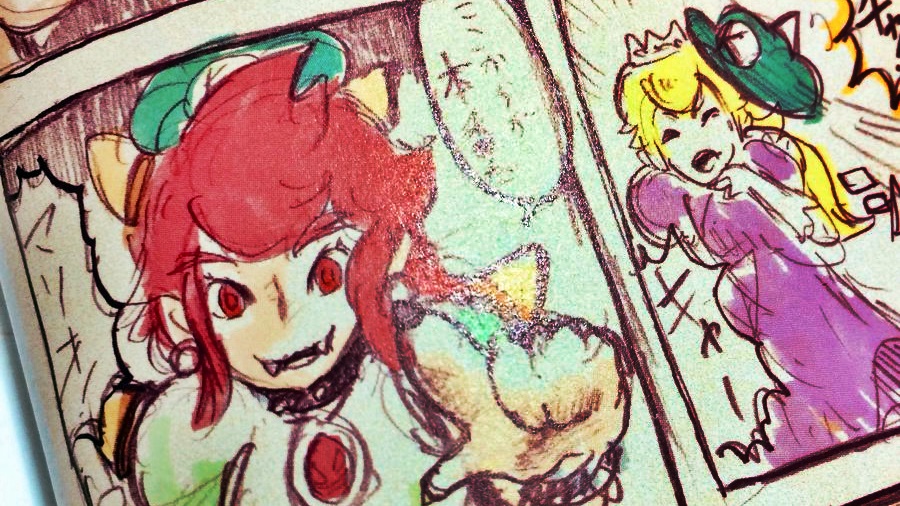 The latest trend to hit the internet known as “Bowsette” has really caught on fast and has just exploded. We have not covered this trend on the site for a number of reasons. Mainly because we thought it would blow over in an instant. It’s also not the kind of content we normally share to our family orientated audience, purely because most of the images are more of an adult nature. We try to keep it clean where possible and extend that courtesy into our reviews for games of a mature nature.

Anyway, the Bowsette trend started after the announcement of a new feature in New Super Mario Bros U Deluxe. The feature is a type of easy mode that allows new character Toadette to turn into Peachette. It started many discussions about if Princess Peach is really just a Toadette in a crown? It then stemmed on to some fans thinking about what if other characters wore the crown? Would they turn in to Princess Peach variants too? Alas, some fans came up with the idea of Bowser wearing the crown and would turn into “Bowsette”.

One particular artwork depicts King Bowser capturing Princess Peach with a “Cappy” of his own. King Koopa possesses the princess and adds a few Koopa like features of his own, like the horns, sharp teeth, claws and red hair instead of blonde.

We would like to thank @d_d_kihara for bringing this to our attention by sharing it on Twitter. Nintendo might not have officially started the Bowsette trend that we are experiencing as of late. It does look like they had some ideas of their own about it long before the internet did its job of blowing things out of proportion.