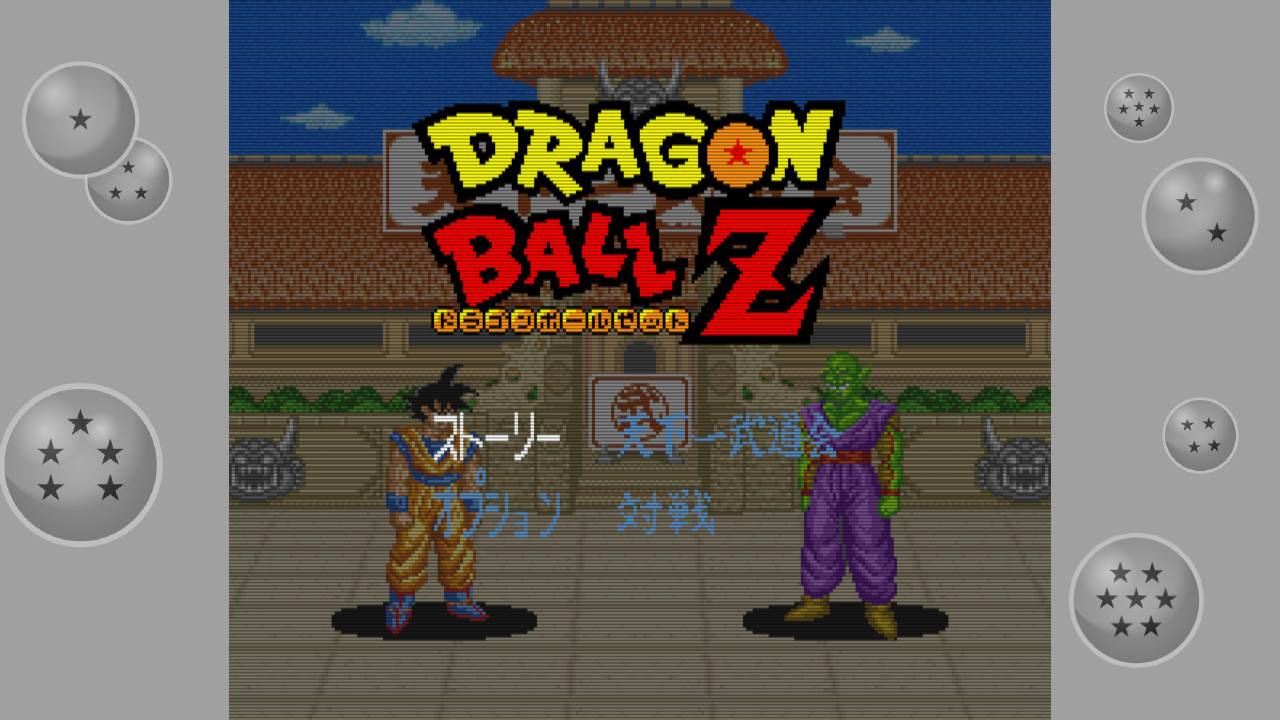 Dragon Ball FighterZ was released on September 28th, and for those who pre-ordered the title they received a neat little pre-order bonus. This pre-order bonus seems to extend for a month in European territories, probably due to the fact that the game wasn’t available to order on the eShop prior to launch.

That bonus was a Japan-only released Super Nintendo game called Dragon Ball Z: Super Butōden. If getting your hands on this game was the determining factor on whether you order the game right now or not, then I would maybe hold your horses on that one.

Dragon Ball Z: Super Butōden is known in the Dragon Ball community as one of the worst fighting games in Dragon Ball history. Super Butōden 2 & 3 improved dramatically on what we get with this title, and even they are of questionable quality.

A little on what you are getting into with the Switch release of Dragon Ball Z: Super Butōden. Besides a greyed out Dragon Ball themed border on the left and right sides of the screen, this is seemingly a straight up port of the game. Considering this was a Japanese only game, that means all the text, menus and voice overs are in Japanese. I struggled even as someone who can read Hiragana and a little Katakana.

If you want to play this game seriously, you will need a guide to help you navigate the menus, as once you select something, it is seemingly impossible to get back to the main menu. Also, learning the controls is a tough ask, as the CPU can be somewhat unrelenting in their attacks. To make matters worse, each attack deals a rather high amount of damage, so you won’t get much time to work out how to launch a Kamehameha, let alone a Spirit Bomb. That said, I did accidentally launch a spirit bomb to little effect, as it just made Goku a sitting duck.

The game has a story mode, which begins with the Piccolo Jr. saga, and runs right up to the end of the Cell Games. In this mode, the game basically presents the story in text with some still screens, while the action is all fighting. You do get to choose between a few select fighters for most of the fights, though there is only one set of fighters you can choose if you want to get the games true ending (and see a cameo by Mr. Satan aka Hercule).

Besides the story mode, there is your typical 1v1 exhibition match, where you can verse the CPU or your friends. As this seems to be a straight port there is no online play added here, which is to be expected on a small pre-order bonus such as this. There is also a tournament mode, where you fight to be crowned the champion of the World Martial Arts Tournament.

And that is it. A small package that is neat to have in your Switch collection, but will likely give you little playtime than to compare with the main appetiser, Dragon Ball FighterZ. It is a lot of fun to see how far Dragon Ball games have come, but if you were going to order the game based on this pre-order bonus alone, just know that it is ok to hold off. Missing this won’t be the end of the world.