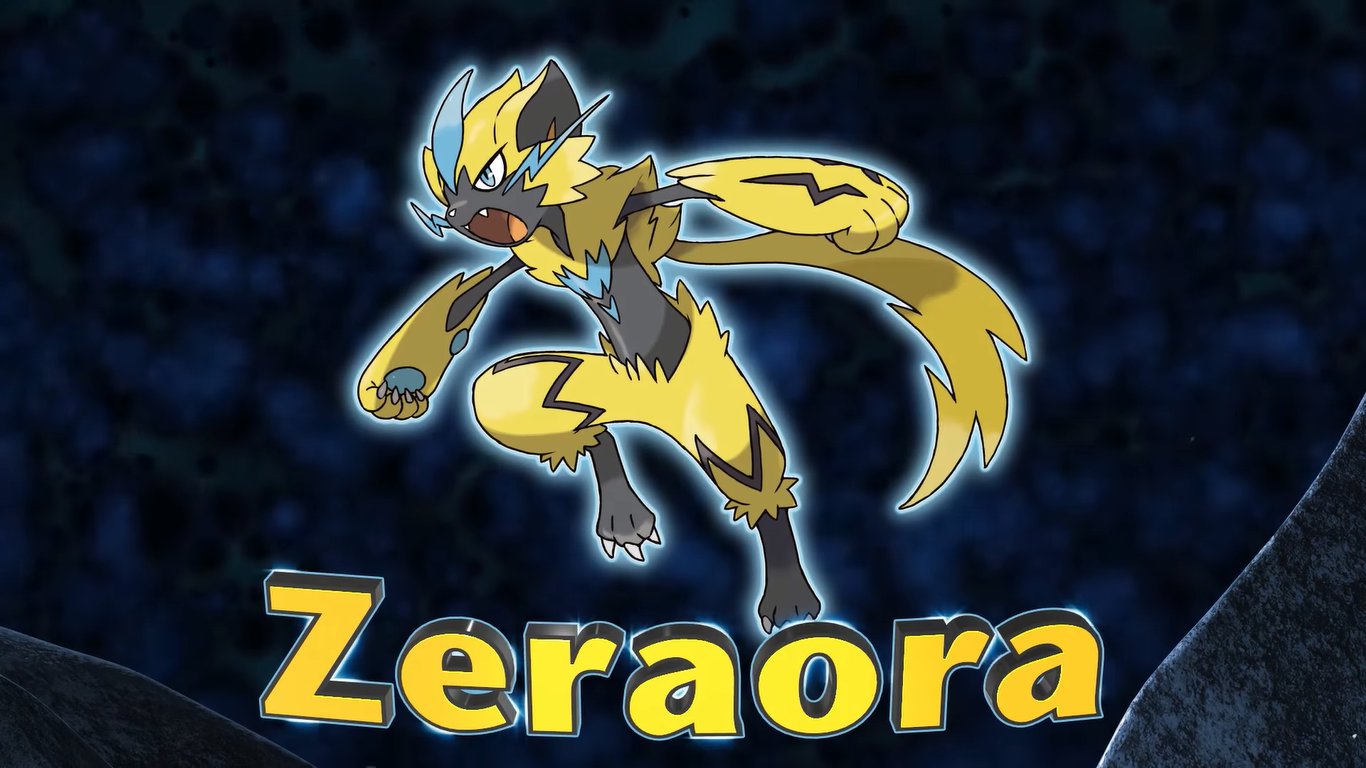 The Mythical electric type Pokémon Zeraora will be distributed via participating retail stores in Europe for Pokémon Sun & Moon and Pokémon Ultra Sun & Ultra Moon. The Pokemon Company have confirmed that the Zeraora distribution event will begin October 1st and finish on November 15th.

The Pokémon will be at level 50 and will have an air balloon in his possession. He will also know the following moves: