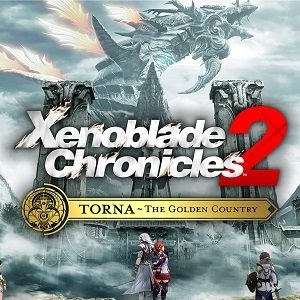 I won’t sugarcoat it, I am extremely jealous that the folks over at Nintendo Life snagged an interview with Monolith Soft whilst we have been trying to do the same for months. Still, at the end of the day, the information is shared online and becomes public domain, so “Thanks for doing the hard work for us guys!” Well, anyway, Nintendo Life were lucky enough to sit down with some of the development team at Monolith Soft and talk about all things Torna – The Golden Country.

The Interview involved Executive Producer Tetsuya Takahashi and Producer Koh Kojima from Monolith Soft and Director Genki Yokota from Nintendo. A number of topics were covered, some new and some that were previously mentioned before. Here are some highlights that were discussed during the interview:

You can read an extract from the Interview below.

Torna plays quite differently from the main game. Are you concerned that players may find the transition between battle systems and mechanics jarring?

Takahashi: Basically, some of the largest differences you’ll notice in the two battle systems are in the control, and as I’m sure you’ve noticed, how battles play out and feel, but they’ve been designed to not feel too jarring to the player regardless of the order you play the two games in. Part of the thinking in designing the differences between the two games is that we have this big gulf of time that has passed between Torna and the main game. In Torna, the relationship between blades and humans had not been refined to the kind of coordination and symbiosis you see in the main game. So you’re switching back and forth between controlling different party members in Torna, whereas by the time of the main game, things had progressed into relationships between blades and humans to the point that they’re working together more symbiotically and that represents itself in the battle system as well.

Were the changes made to Torna the result of feedback from players?:

Takahashi: So first off, with the battle systems in Torna as well as other systems that have changed from the main game, as we were coming up on wrapping up the second half of development of the main game, I really started to have a really strong feeling of wanting to create systems and subsequent content that would really make it easy for players to engage with the game, and I had a really strong impulse to realize that idea. Along with that feeling, I also thought that if we were going to go through all of this trouble to create a separate DLC, we may as well try to include as many new gameplay elements as possible, that manifested itself in new story and characters as well.

Does anything carry over from Torna to Xenoblade Chronicles 2, or vice-versa?

Takahashi: While we don’t have any save data or gameplay that carries over directly from the main game into Torna, we do have some visual surprises cued up for those that clear both games.

Are there plans to continue support for Xenoblade Chronicles 2 following the launch of Torna?

Takahashi: No. Right now we are actually planning for Torna – The Golden Country to be the final content for Xenoblade Chronicles 2.

Takahashi: There are no plans for any additional content for Xenoblade Chronicles 2.

If you would like to read the rest of the Interview, you can check it out over at Nintendo Life here.