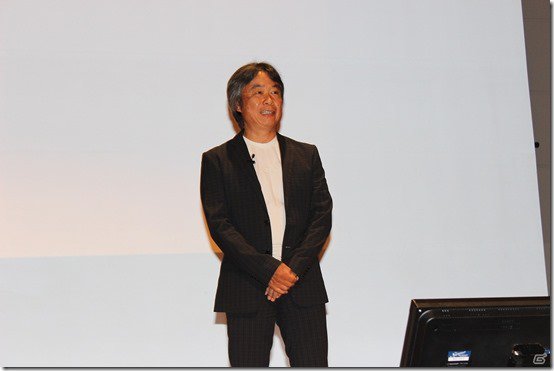 Game Developer and Nintendo’s Creative Fellow Shigeru Miyamoto recently gave a keynote speech at CEDEC 2018. He spoke about many things like the difficulties game Devs face during development. The problems that Miyamoto and his team faced making Super Mario Run. He was also surprised by the success of Pokémon GO and impressed by Minecraft’s popularity
Siliconera has compiled the highlights from the Keynote Speech, which we have shared below:

– During the advent of video games, they were all about feeding coins into arcade machines and seeing how far you could get to a goal set by the developers
– With the advent of the Famicom, which you could play anytime, Miyamoto realized that it was now possible for developers to not have to set a predetermined goal point
– One of the games to first let players decide their goal point was Super Mario 64
– The game had the vague goal of collecting stars, but mostly left it up to the player to collect as many as they wanted to
– Miyamoto said one of the proposals for Super Mario 64 was having the stage continue even after getting a star
– Super Mario Odyssey finally made this possible

Trials and errors in the making of Super Mario Run

– Although there is a greater workload with mobile games since Nintendo isn’t working with familiar hardware, Nintendo ventured into the market to have as many people playing the company’s games as possible
– Super Mario Run distills the Mario formula into the two actions of running and jumping
– Miyamoto stated that there were two aspects of the game which were troublesome in development
– The first issue was difficulty balance
– The game was meant to gradually amp up in both challenge and satisfaction, but Miyamoto requested it to be made a bit harder
– This steered away from the original plan
– The result was that despite being made to be simple, many people were of the opinion that the game was ‘too difficult’
– Nintendo addressed this with Remix 10, featuring 10 short stages and can be completed even if Mario loses lives
– The goal of the mode was changed to aiming for high scores with perfect clears
– Miyamoto showed regret at the fact that he and the dev team should have made Super Mario Run more like Remix 10 from the start
– Pricing was also problematic
– Nintendo decided to have it be a one-time purchase to be close to a retail game
– To Miyamoto, Mario is about casually playing through a level once, then failing, and then focusing and beating the level on the second try
– In order to facilitate this, progress shouldn’t be gated off with microtransactions

– Miyamoto was taken aback by the game
– Miyamoto was present during the reveal presentation, but only observed a weak reaction
– after the game’s release, the game began to explode in popularity to the point of being a social phenomenon
– Miyamoto had harbored doubts about the gameplay, finding it too simple for a smartphone game
– Yet that was the opinion of a retail game maker, and he missed the value in that simplicity
– Nowadays, he rates the game quite highly

Please be sure to visit Siliconera for the whole article and more videogame news.