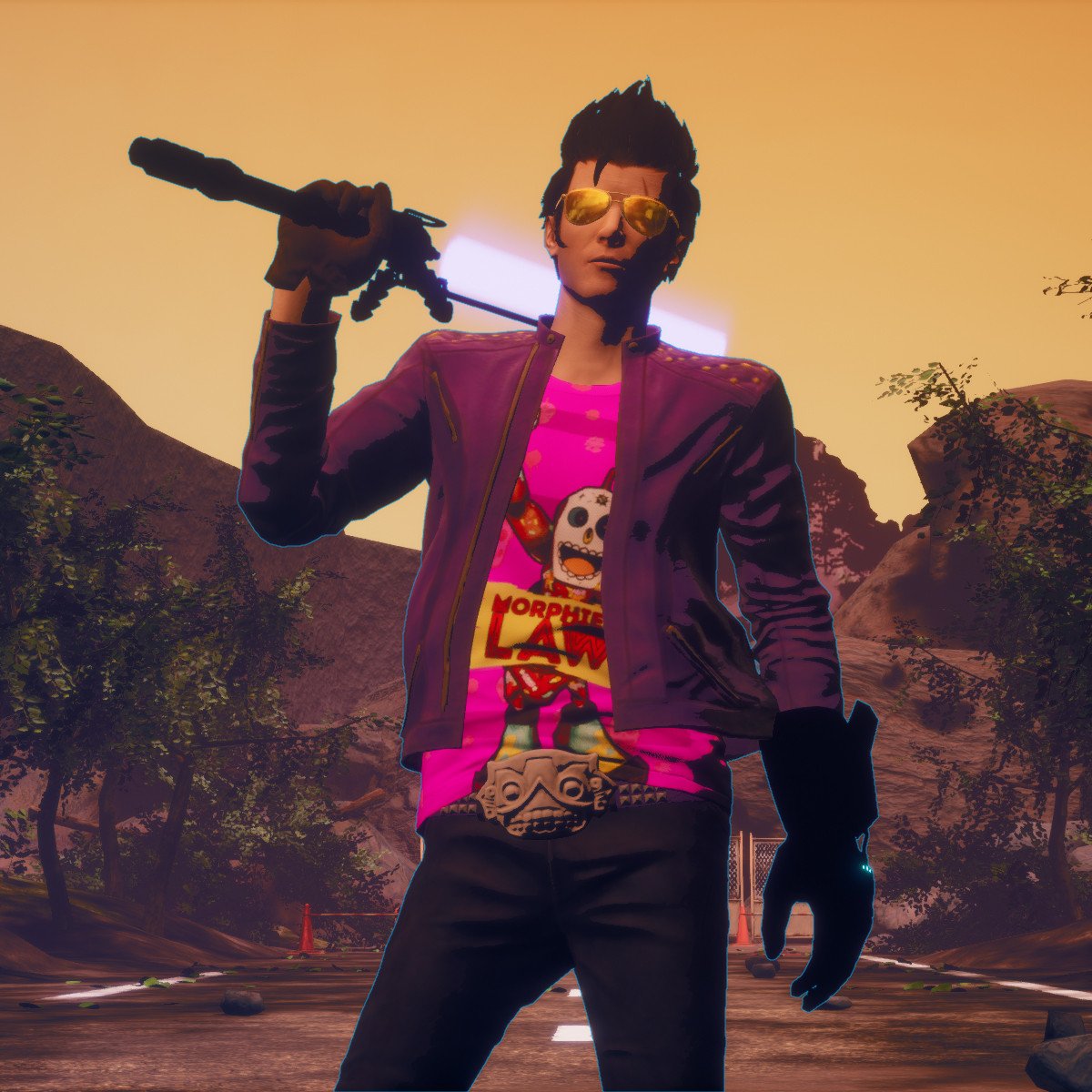 While we still might not know all there is to know about Travis Strikes Again: No More Heroes, we do know the upcoming Switch indie title does have a few indie collabs and today, yet another one has been revealed.

On top of the game having a Shovel Knight collab, it also has a Morphies Law collab, which comes in the form of a t-shirt and he actually wears it quite well.

Talking of Morphies Law, did you pick it up this week? If not, why not? And if so, what do you think of it? Let us know!